A large raw water pumping station in Malaysia was suffering from severe vibration problems with the drivetrains on a number of large pumps which resulted in regular failures and downtime. When an update to the original parts was unsuccessful in solving the issue, the plant’s managers turned to Altra Couplings to offer a solution. Fortunately the power transmission specialist was able to design a bespoke solution using TB Wood’s Form-Flex shafts which substantially reduced vibration.
The pumps, which are used to pump raw water, had originally been specified with 4-section shafts forming the vertical drivetrain. However, the drivetrains had always suffered from vibration issues which caused damage to the pumps’ motors and necessitated regular maintenance, causing downtime. When some of the pumps were due for an upgrade they were fitted with 4-section U-Joint shafts in an attempt to reduce the vibration. Unfortunately the vibration on the new shafts was even worse than before, so the plant’s managers decided to look elsewhere for a solution.
A spokesman commented: “After the new U-Joint shafts were installed the vibrations were even more extreme than they had been before. No more than four or five of the pumps could be run at a time and some of the pumps with U-Joints could never be run. The reduced pumping capacity began to create local drinking water shortages so it was crucial that we found a way to reduce the vibrations. It was clear that we needed to source our solution elsewhere so we approached Altra Couplings for help.”
Altra Couplings is the industrial coupling division of Altra Industrial Motion, a global supplier of power transmission products, which includes some of the most well known coupling brands on the market including Bibby, Huco, TB Wood’s and Ameridrives. With such a wide breadth of product knowledge its sales engineers are able to develop bespoke solutions for applications of any size for almost any industry.
After a site visit and careful analysis of the pumps and existing drivetrains, Altra Couplings was able to recommend a custom designed, 3-section, Form-Flex Composite driveshaft from TB Wood’s. The upper and lower sections of the shafts used 7” diameter tubing while the centre section used 14” tubing to span past the centre floor bearing location where the vibrations had been most severe. The three driveshaft couplings formed a four story drivetrain which connected the pump to the motor.
David Proud, global development director for Process Pumps and Compressors for Altra Couplings, added: “The Form-Flex composite tubes weigh up to 80% less than steel while still providing the necessary strength to transfer the torque to the pumps. The reduced weight and design, which incorporated a wider diameter at the point where the vibration was at its worst, meant that we were able to significantly reduce the problem.”
An initial, single TB Wood’s solution was installed in one of the worst affected pumps; it was quickly accepted by the site’s management, who acknowledged that the bespoke solution contributed significantly to the station’s improved pumping capacity. To date, half of the original installed vertical shaft systems have been replaced with the Altra Couplings solutions. 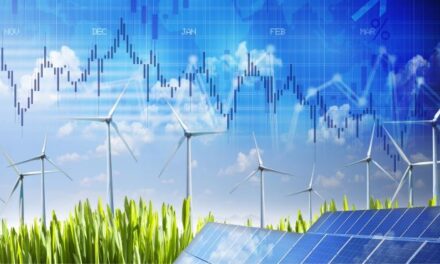