Inspekto is one step closer to having a strong presence on US soil upon striking up a partnership with the Michigan Israel Business Accelerator. After successfully setting up its European HQ in Heilbronn, Germany, the Israeli start-up is putting a major focus on its US operations so that it can replicate its achievements in another of the world’s most important manufacturing market: North America. 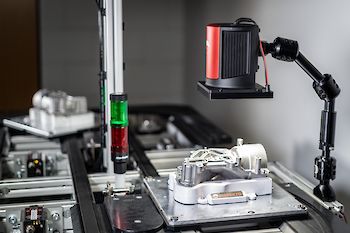 In 2018, Inspekto changed the visual quality assurance market for ever by launching the world’s first industrial autonomous machine vision (AMV) system. AMV replaces existing integrator-centric quality assurance solutions with systems that are run out-of-the-box, putting the inspection process directly in the hands of the plant’s quality assurance manager, without the assistance of any third parties.

In April 2019, Inspekto entered the US market at Automate, Chicago. During the show, Inspekto was awarded the gold-level accolade at the Vision Systems Design Innovators Awards. The colossal amount of interest that the company gained from the event by numerous customers and distributors made opening a US headquarters and hiring a team on the ground an easy decision.

“Detroit is widely known as the US headquarters for some of the world’s largest automotive manufacturers, including Ford, General Motors and Fiat Chrysler,” explained Zohar Kantor, VP of sales and projects at Inspekto. “This, combined with the birth of advanced manufacturing across the city, is what excites us most about having a presence here. Detroit is home to more than 15,000 industrial robots and the largest engineering workforce in the US. We’re eager to inject some of Israel’s start-up-nation spirit into the city.

“The Michigan Israel Business Accelerator will help us establish office space, staff and even an assembly facility further. Since partnering, we’ve received a very warm welcome and a great deal of personal attention. It will play a huge part in our successful US launch this year.”

The Michigan Israel Business Accelerator exists to develop partnerships and business connections between Michigan and Israel, as well as increasing the entrepreneurial ecosystem between the state and the rest of the world, particularly Israel.