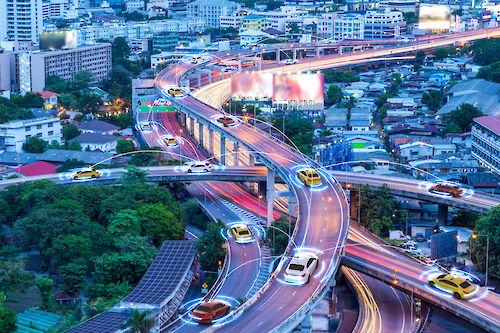 Artificial intelligence is the term used for robotic / machine intelligence. So far, AI has received positive feedback with its reliability along with efficiency. However, Artificial intelligence is a very controversial subject. Many people don’t like the idea of AI as it’s an electronic judgement which supposedly can analyse right from wrong. AI can be featured within many industries such as medical, automotive, technology and the educational sector.

AI within the medical sector has proven successful and reliable. According to ‘Sky News’, Artificial Intelligence better than expert radiologists at spotting breast cancer, the study says. This results in fewer mistakes made my radiologists and more accurate results for patients. The study found that an AI system developed by Google Health can identify cancer in breast screening mammograms with fewer false positives and fewer false negatives than radiologists. AI is also featured within the automotive sector. The automotive sector is one of the fastest growing industries thanks to the latest technology and driving hacks. AI is featured within this industry in systems such as automatic braking, driver assist, predictive maintenance and driver recognition. Artificial intelligence within the automotive sector will result in devices constantly learning and adjusting to the rules of the road.

According to Motley, the $127 billion autonomous vehicle market is being driven by AI. That’s how much the self-driving car market is expected to be worth worldwide by 2027. Within the next decade, I think artificial intelligence will be a huge trend within marketing divisions such as selling assets, promoting services and collecting information. AI can be used in marketing by leveraging information from customers and delivering the right message back to them. Many other organisations are recognising that AI is the way forward. According to The NEWS Minute, Telangana has declared 2020 as the year of Artificial Intelligence (AI) and has signed several MoU’s with various firms and institutions.

Despite great possibilities, Artificial Intelligence (AI) has many potential flaws. Namely AI could create danger to individuals along with wildlife and data if there is a malfunction. For example, according to Sky News, Artificial Intelligence better than expert radiologists at spotting breast cancer. If all radiologists relied on AI to detect serious illnesses such as cancer and AI did not detect anything when cancer was present, this could result in serious consequences for the patient. Including this, there are many dangerous side effects to artificial intelligence that can occur such as programming defects. This could result in damage to other vehicles along with pedestrians.

In my opinion there is great potential for businesses to succeed using artificial intelligence for marketing purposes along with product manufacturing. Along with this, data may become more accurate and reliable due to AI systems collecting data from digital movement of individuals. One example would be AI being used to spot malicious digital activity by collecting data from individuals web searches, money trails, interests and contacts. AI will help organisations to overcome cyber security threats. Overall, Artificial Intelligence will be all around us whether we are aware of it or not. The rollout of facial recognition will likely intensify along with chatbots in customer service and curing illnesses. As a society will all have to adapt to AI and work with it to our best ability as it doesn’t look like its fading out anytime soon!