At Automatica 2012, which will take place on the grounds of the New Munich Trade Fair Centre from 22 to 25 May, more than 730 exhibitors from 40 countries are going to present numerous innovations. A selection of the highlights from the focal points robotics, industrial machine vision as well as assembly and handling technology, document the significant trends in the industry. 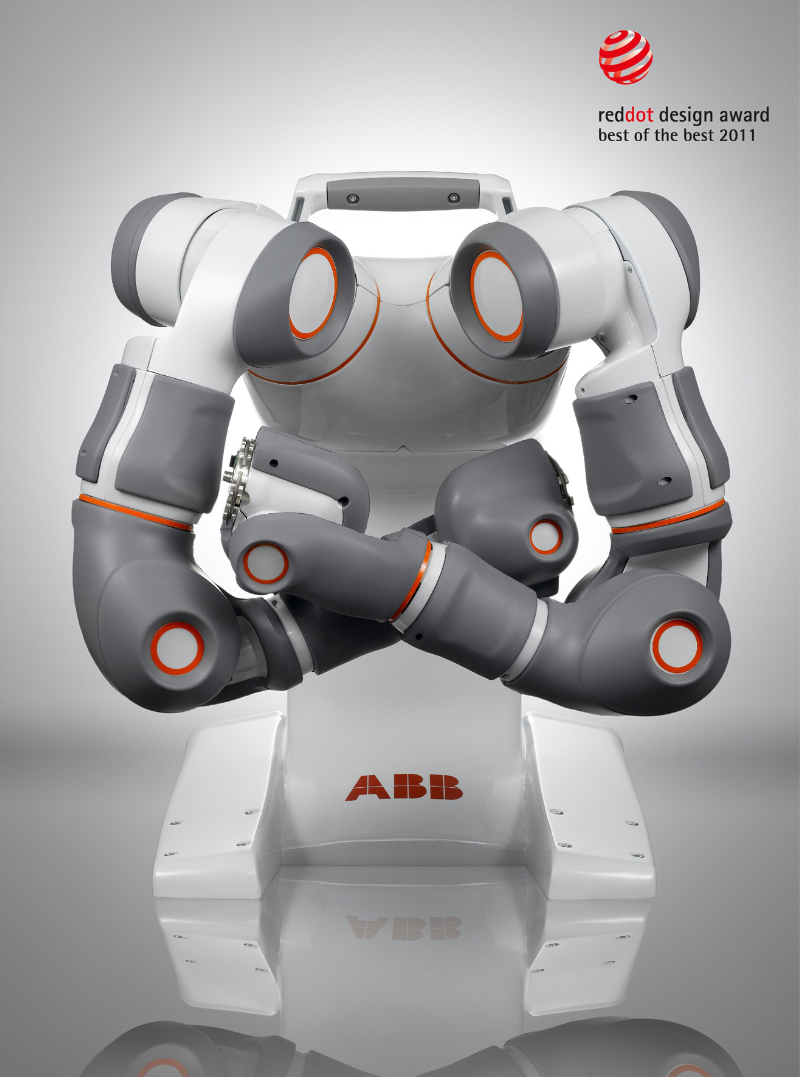 Protective cages around robots had to protect people in previous times, but both partners are going to work more or less hand in hand in the future. This collaboration as well as flexibility and fast, simple programming are central topics of robot manufacturers and researchers at Automatica.
One of the highlights of ABB (Hall B2, Booth 321, http://www.abb.de/robotics demonstrates this, the concept robot for assembling small parts distinguished with the Red Dot Award. With its total of 14 axes, the two-arm robot is an extraordinarily flexible machine, which also includes flexible gripper, part feeder systems, camera-based part localization and robot control with state-of-the-art technology. A completely new concept enables the robot to work together and side by side with people. The robot is not only physically safe, but it also signals this safety so that people ‘feel’ safe in its vicinity.

Another robot is also designed for close collaboration with people, which was developed by the researchers from the business field of robot systems of the Fraunhofer IFF Magdeburg (Hall B3, Booths 339, 510 and 511, www.iff.fraunhofer.de). It is equipped completely with tactile sensor technology for reliable collision detection between man and robot. If the robot touches a person, it stops immediately. The sensor technology of the collision detection is also equipped with a damping layer to cushion collisions and impacts and to shut down the robot already before ‘hard’ contact. This is made possible by ‘artificial skin’ based on tactile sensor technology. Forces influencing the artificial skin are interpreted directly as information pulses. As a result, the robot can be programmed via guidance from people.

Several robot manufacturers have awarded their new controls the title of ‘Highlight’. For example, Reis Robotics (Hall B3, Booths 103 and 113 as well as Hall A2, Booth 510; www.reisrobotics.de) is presenting its new control generation ROBOTstar VI with the innovative programming hand-held unit reisPAD in tablet format. The programmer only still works with one user interface without mechanical or electric operating components. Intuitive operative is enabled thanks to pioneering, haptic elements on the screen edge.
FANUC Robotics (Hall B2, Booths 330 and 331; www.fanucrobotics.de) is presenting its new robot control R-30iB at Automatica for the first time in Europe. Numerous improvements make the controls including teach counterpart easier to operate and increase the productivity of the robots. A number of control features increase energy efficiency, for example, the possibility of energy recovery with braking robot drives. In addition, the R-30iB is not even half as large as the previous version.
With the new software package Kuka.CNC, the Augsburg-based robot manufacturer Kuka (Hall B3, Booths 211 and 221; www.kuka-robotics.com) makes its Industrial robots into a processing machine with open kinematics. Additional functions are supplied with the robot processing system thanks to the direct integration of a CNC core on the robot control. Using Kuka.CNC, CNC programs can be executed according to DIN 66025 directly with the robot control. The complete standard code range is interpreted via this and implemented by the robot. 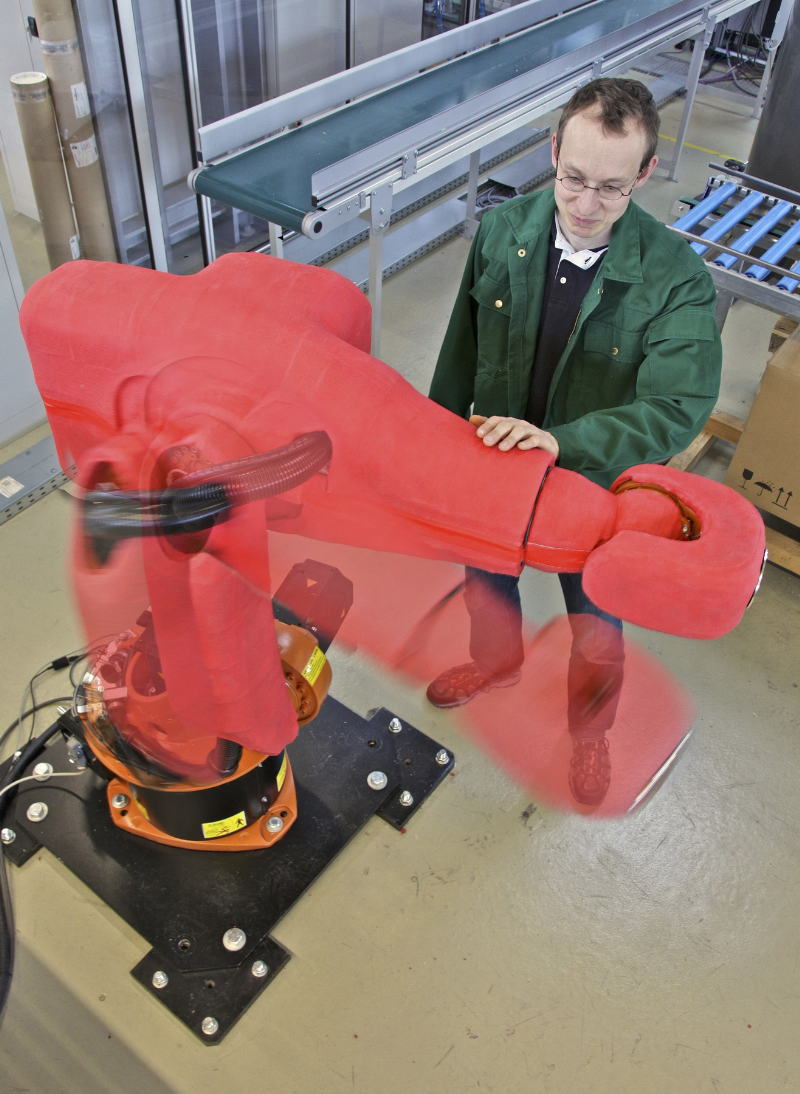 Yaskawa (Hall B2, Booth 320; www.yaskawa.eu.com) focuses on solutions for the complete robot-based packing process at Automatica 2012. In a cell with five different Motoman robots, the company demonstrates that the complete line from picking to packing and all the way to palletizing (PPP) requires not just a wide-ranged portfolio of suitable models. Robots, conveyor belts and sensors solve complex packaging tasks over a length of 11 meters at the trade fair booth. At 250 cycles per minute, plastic thalers are sorted automatically, then packed in cardboard trays and loaded onto a pallet.
Premier at Automatica: Epson (Hall B2, Booth 318; www.epson.de/robots) is exhibiting its six-axis  robot C3 in conventional IP67 or in IP67/VHP design as a component of automation solutions for aseptic and antiseptic areas such as they are frequently found in the pharmaceutical industry as well as medical and chemical engineering. The fast Epson 6-axis provides a range of 600 mm with a rated load of up to 3kg. An MTBF (Mean Time Between Failures) of 36 months also ensures a high degree of reliability.

Important trends in industrial machine vision include the calculation and evaluation of 3D data for control, higher resolutions and ‘more intelligent’ systems. They can also master complex tasks such as bin picking and feed pieces into the production process from a subordinate collection of parts.
‘Bin picking’, the orderly and precise feeding by a robot of randomly provided pieces, is the ultimate discipline in industrial automation. An indispensable prerequisite is a reliable 3D image recognition system. The solution IPA BP3 – BinPicking3d of the Fraunhofer Institute for Production Engineering and Automation IPA (Hall B3, Booth 339; www.ipa.fraunhofer.de) presented at this year’s Automatica in Munich is distinguished by especially fast object recognition and reliable calculation of gripping points as well as travel paths for collision-free withdrawal. Thanks to its open interface architecture, the solution is compatible with practically all robot and 3D sensor systems.
Automatic bin picking is also solved perfectly using the sensor 3D SHAPEscan from ISRA VISION (Hall B3, Booth 309; www.isravision.com). Using two standard cameras and special laser lighting, the precise location of individual parts in a box is determined. The complete volume of approx. one cubic meter of a typical mesh box is scanned within two seconds. The sensor can also be attached on the robot to be mobile
VMT Bildverarbeitungssysteme GmbH (Hall B3, Booth 302; www.vmt-gmbh.com) is presenting a new complete system for robot position control as its highlight. Using VMT RP, you can precisely position attachment parts or tools relative to a workpiece. 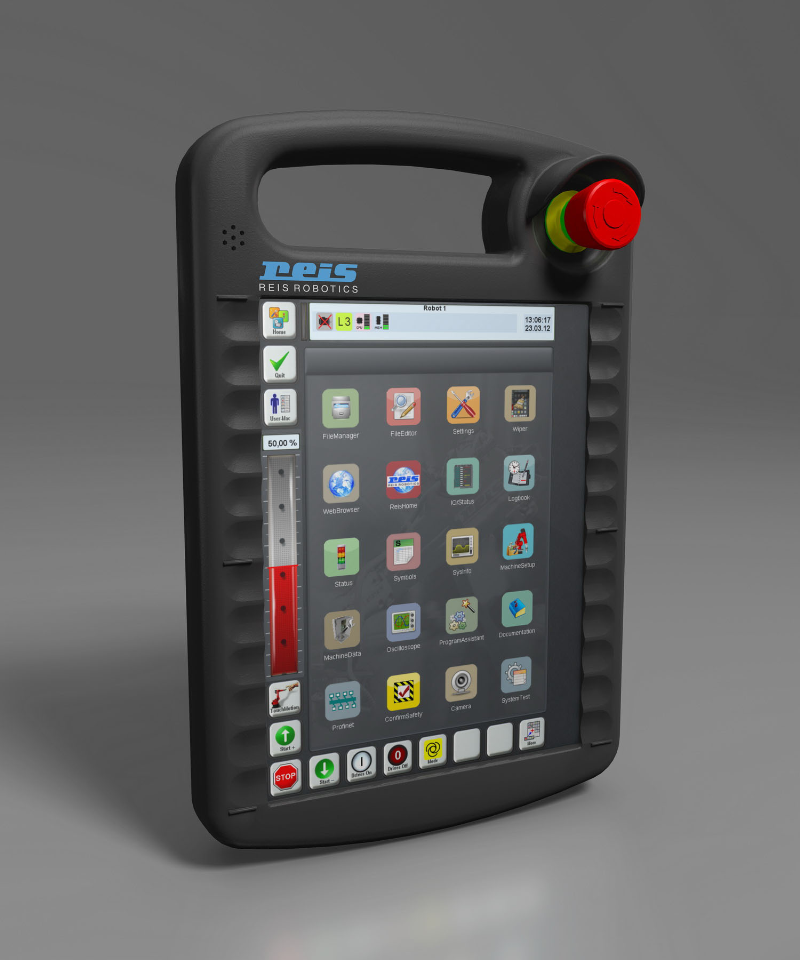 Flexible automation, ‘intelligent’ feeding and completely automatic systems with increasingly larger ranges of functions are important trends, which assembly and handling technology companies are presenting at Automatica. This includes systems that enable automation of small series or can adapt flexibly to increasing or decreasing production volumes.
For example, Maschinenbau Kitz (Hall A2, Booth 303; www.mk-group.com) is exhibiting a new rotating tray and handling system at Automatica, which is coordinated optimally with a patented, completely automation-capable reusable tray. As a result, even small series can be automated inexpensively. The products remain in a defined and consequently automation-capable position during the complete added-value process. They can be fitted, machined and processed further automatically in different process steps. The sorting or repacking of products during production, storage and transport is eliminated. Only the inlay need be replaced at a product change.
Mikron Automation (Hall A1, Booth 310, www.mikron.com/automation) is showing its flexible assembly system Mikron EcoLine Pilot, among other things. Using it, customers can easily increase capacity incrementally with increasing volume. This can be helpful in the pilot phase of manufacturing medical equipment, for example. However, Mikron EcoLine Pilot is also ideal for semi-automatic solutions as required in the automobile industry for lean manufacturing.
The Adept Flexibowl Feeder from Adept Technology (Hall B2, Booth 311; www.adept.com) is an innovative feeder device, which can feed numerous, very different parts in interaction with every Adept robot and the machine vision system AdeptSight. Circular conveyor tracking enables withdrawal of parts during movement and consequently high throughput. Thanks to its versatility, Adept Flexibowl can feed very different parts, including breakable objects or products made of rubber and silicon.

You can find additional information about Automatica 2012 at www.automatica-munich.com