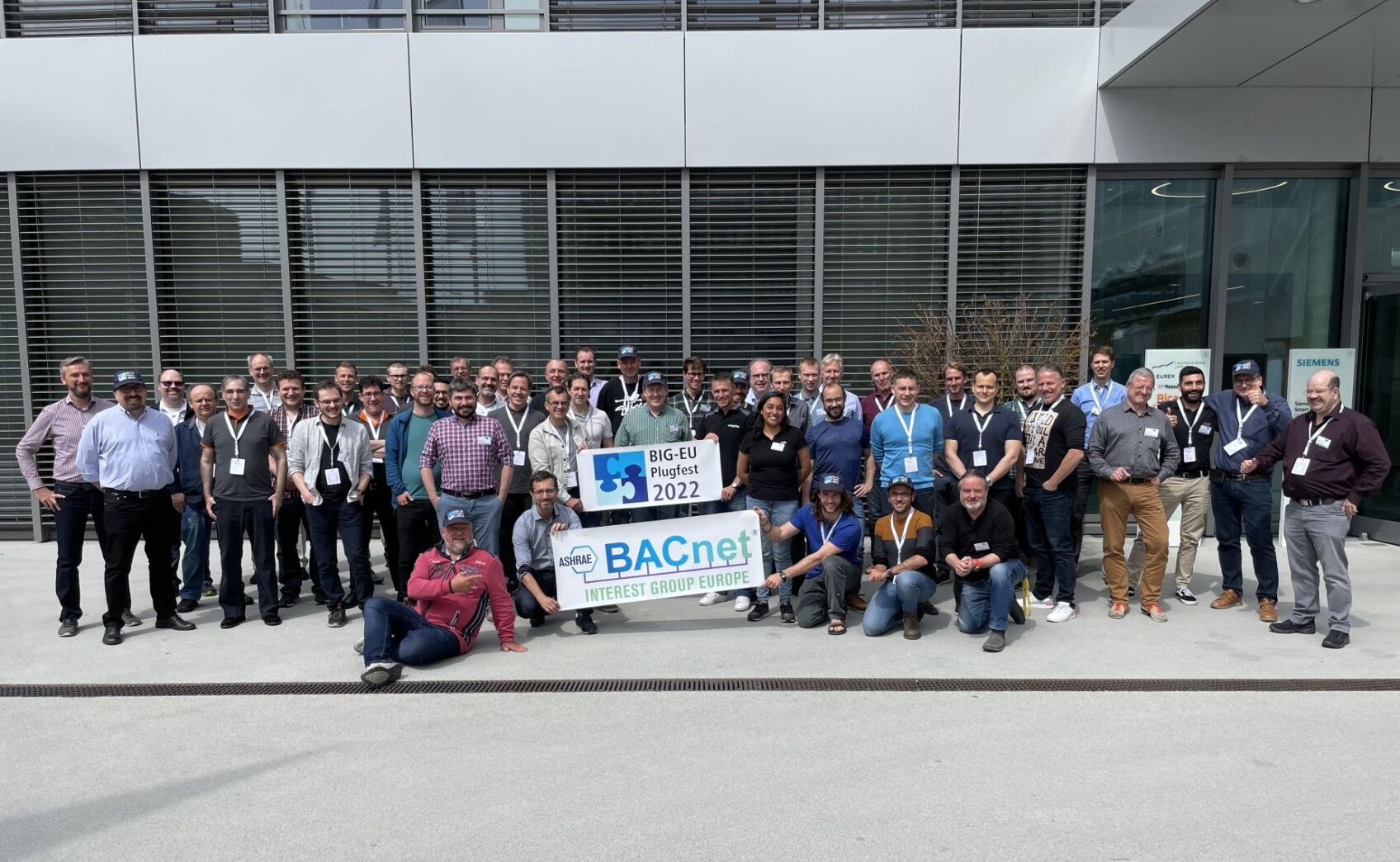 The BACnet Interest Group Europe (BIG-EU) organized the 14th European BACnet Plugfest in Switzerland at the beginning of May. Around 50 participants from 23 different building automation suppliers met at the headquarters of Siemens Schweiz AG in Zug. They brought their newly developed BACnet products from all over Europe.

At a Plugfest, devices from different manufacturers are connected together on a test basis. Participation is subject to absolute discretion and is reserved exclusively for developers and system integrators. The companies benefit from the test results, as they flow directly into quality assurance and thus bring direct benefits for the entire industry and the BACnet standard. Theory is put directly into practice here.

For three days, the developers and field engineers present used the Plugfest to test the BACnet communication of their products in pre-planned sequences one after the other with the products of the other participants. The test possibilities were used intensively. In some cases, the devices were optimized on site.

For the first time in Europe, products with the latest extension of the BACnet standard, BACnet/SC (Secure Connect), were also actively interconnected in a plugfest. BACnet/SC enables secure data transmission based on modern IT infrastructures. The first devices have already been successfully tested and BTL-certified. Now seven manufacturers  brought further BACnet/SC devices and tested the secure data transmission via BACnet/SC mutually.

BACnet/SC is thus now available on the market in real terms and ready for use in projects. BACnet/SC will also be a central topic at the BIG-EU booth at the Light + Building (02.–06.10.2022) in Frankfurt.

Following the Plugfest, the spring meeting of the BIG-EU committees and working groups took place, also in Zug – after the long Corona lockdown, this was the first face-to-face meeting in two and a half years.

At the Board and Advisory Board meeting, the now retired BACnet development pioneer, Bernhard Isler, was accepted as an honorary member of the BIG-EU. As former  chairman of the BACnet Standard Committee SSPC 135, he was significantly involved in the definition of BACnet/SC. Karl Heinz Belser, President of the BIG-EU,  thanked Bernhard Isler and acknowledged his personal contributions to the continuous maintenance and extension of the BACnet standard.

The BACnet Interest Group Europe (BIG-EU) promotes the application of the global BACnet communication standard ISO 16484-5 in building automation and security technology in Europe. It was founded in 1998 by 18 building automation companies and currently has over 120 members from all regions of Europe as well as Australia and North America.

The objectives of the BIG-EU are the perception of European interests in the development of the BACnet standard – particularly with regard to energy efficiency and the reduction of the building sector’s carbon footprint. There is also an exchange of information with the BACnet-responsible ASHRAE committee “SSPC 135” and the American BACnet community. The group also has a joint marketing policy and qualification offer and has jointly developed technical guidelines. Further information is available at www.big-eu.org.