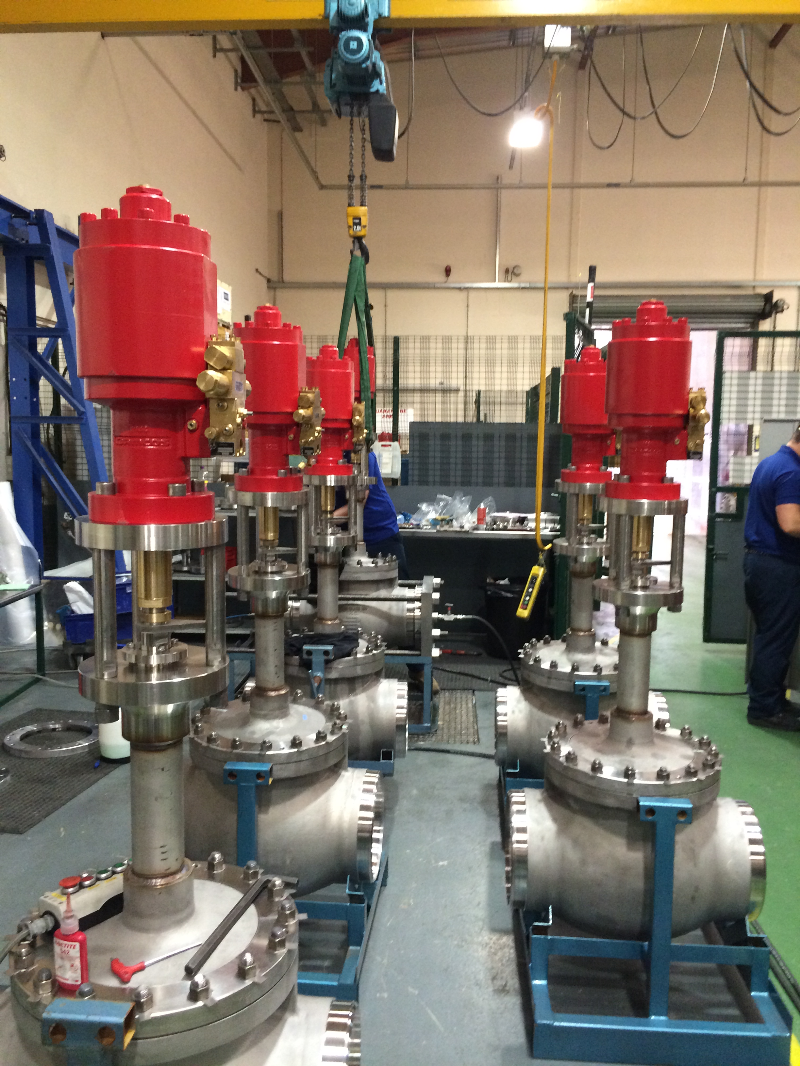 Bestobell Marine is celebrating securing approval of its new DN350 and DN400 cryogenic globe valve designs that have been developed specifically for the marine sector. This means that the valves are now fully tested and certified for installation on LNG (Liquefied Natural Gas) Carriers.

Sales director for Bestobell Marine, Duncan Gaskin, said: “Shipowners are increasingly requesting that shipyards use higher capacity pumps for discharging cargo from LNG Carriers, because it speeds up the unloading process.  The cryogenic Globe Valves which are used for controlling the flow on the discharge line need to increase in size to accommodate the higher flow rates. We are delighted to be one of the first valve manufacturers to secure this approval and look forward to further developing our business in this area.”

The fire test procedure is a rigorous process, which exposes the valve components to temperatures of over 1,000oC, with the valves having to demonstrate that they will not leak gas to the atmosphere and through the valve seat. This can only be achieved by designing the valve to proven firesafe standards,  with an all metal seat construction and using graphite gaskets and packings that are not affected by the high temperatures. It is essential for ship safety that cryogenic valves that are set to be installed on LNGC (LNG Carriers) are truly firesafe, as any leakage of gas from a valve in the event of a fire could lead to a catastrophic explosion on board a vessel.

Chris Hey, lead test engineer at Bestobell Marine, explained: “We have seen in recent years what appears to be a lowering in standards by the Class Societies which appear to be approving cryogenic valves for installation on ships that are not fully firesafe, especially for LNG fuel gas systems. BBM has always designed cryogenic valves to be firesafe and we will continue to push the industry to adopt the highest standards to maintain the immaculate safety record on board LNGC.”

In the SIGTTO guidelines for the selection and testing of cryogenic valves for ships, it states that cryogenic valves should be of a ‘firesafe’ design to an applicable standard, such as BS6755 Part 2, or equivalent.

With the new firesafe approval, Bestobell Marine will be able to secure its position as one of the leading suppliers of cryogenic globe and check valves for LNGC.

The news comes shortly after Bestobell Marine revealed it had innovated within its range, offering both butt weld and flanged connections for its complete Globe and Check valve range.

All functions on board – our innovative light curtains