Bucking the trend with vision 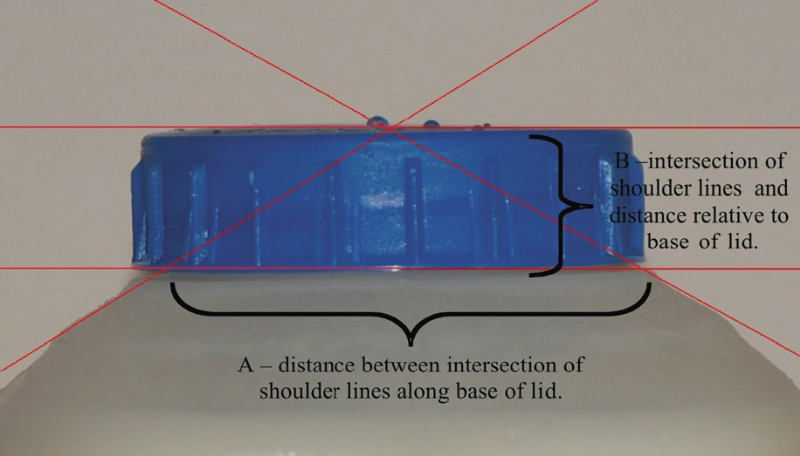 Traditional end-of-line inspection based on ‘pass/fail’ decisions can be effective in preventing defective product reaching the customer, but can result in a lot of waste. In principle, the earlier in the process that a vision system can be used, the earlier it would be possible to detect if the product is starting to go out of specification. This allows preventative action to be taken (either by adjusting the process manually, or automatically if the vision system is linked directly into the process control system) with the objective of eliminating defective product altogether. If no defective product is ever manufactured, costs can be minimised and profits optimised. The use of ‘in-line’ systems, however, depends on whether there is a suitable continuous quality metric that can be measured and whether it is viable to insert a vision system within the production line. 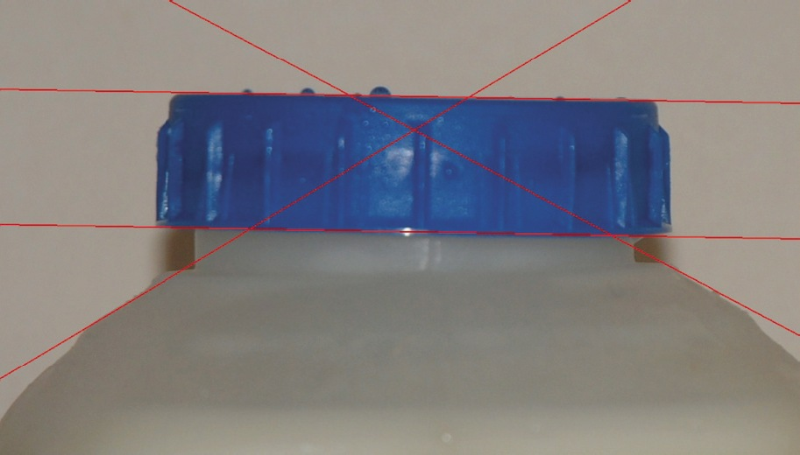 End-of-line inspection systems tend to be thought of in terms of ‘pass/fail’ criteria, however it is perfectly possible that the measurements being made can also be used to identify trends that allow changes to be made earlier in the production process – an ‘in-line, end-of-line’ system. One example of this approach comes in end-of-line inspection of containers prior to inductive sealing.

Induction sealing units are used on fast moving production lines for sealing a wide range of containers which have a foil seal below a screw cap, such as plastic milk bottles or glass coffee jars. The containers to be sealed pass beneath an induction head that creates an electro-magnetic field in the vicinity of the cap of the container. This field causes localised heating, resulting in the seal bonding to the container.

Because of the speed of the production line, failure to identify faulty seals at this point could result in hundreds or thousands of defective containers leaving the production line. Faulty seals on product could result in leakage and spillage in the factory itself. For food products, this may just be messy, but for product such as weed-killer or other dangerous chemicals this could be a severe health hazard. In addition, should inadequately sealed product reach consumer shelves, there could be all sorts of disastrous consequences.

The power of the heating in the sealing unit is related to the distance between the seal and the induction head. For a given speed of production line, if the seal is too close then it may be over heated causing damage. If the seal is too far away then the heating may not be sufficient and the seal may not be effective. It is therefore important that the seal lies between an upper and lower position relative to the induction head. The acceptable variation is typically a few millimetres. In addition, for an effective seal there must be sufficient downward pressure on the seal from the container’s cap. If the downward pressure is insufficient then the seal will not be effective, regardless of the level of induction heating. It is therefore important that the cap is in contact with the seal and the top of the unit (correctly screwed down) and that the cap is correctly aligned and not ‘cross-threaded’ or crooked.

Determining the relative position and orientation of the cap is an ideal task for machine vision, making it possible to detect ‘out-of-spec’ units so that they could be rejected prior to sealing – with a consequent reduction in the shipment of compromised units and therefore potentially significant cost savings.

One vision solution is the detection of alignment lines corresponding to the top and bottom of the cap, and of lines that are representative of the ‘shoulders’ of the containers, with sufficient precision that out-of-spec units can be detected and rejected.

Figure 1 shows an example using a milk container that meets specification while Figure 2 shows the same unit but with the cap opened by 0.75 turns (and crooked), ie. the gap between the cap and the top of the bottle is too large. In Figure 2 the intersection of the two shoulder lines with the base of the cap are much closer to each other (distance A). This can be used as a clear indication that the cap is not properly closed. Secondary indicators are the angle of the caps and the position at which the two shoulder lines intersect within the cap (position B) relative to the vertical alignment of the cap.

From this analysis it can be clearly determined that the cap in Figure 2 is not properly closed. Measurements of the cap displacement, cap angle and cap angle relative to the baseline image allow very small differences in closure to be detected. This technique is robust to variations in image quality, lighting, image alignment, image artefacts and many other factors.