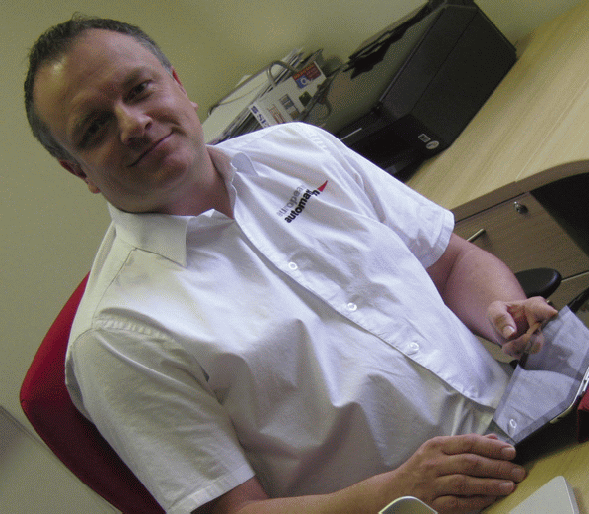 The Eco-Design Directive demands that all new electric motor applications use higher efficiency motors. However, it hasn’t been without criticism; some have said it can’t be enforced, others that it contains dubious loop holes or that it’s too Draconian to be effective. However, Stafford based component supply chain specialist European Automation believes the directive doesn’t go far enough. Here, Mark Proctor, the company’s MD explains why

Energy saving will be key to meeting the UK’s carbon emission targets. Efficient motors and, even more importantly, inverter control can make a big contribution to these goals. In fact, if just half of Britain’s electric motors were reduced in speed by 10 per cent, it would have the net effect of mitigating for the carbon emissions of 9.8 million executive saloon cars every year, according to GAMBICA’s Variable Speed Drives group (VSD). Imagine how much greater that effect would be if the motors on which we are applying VSD control were themselves more efficient in the first place.

Electric motors consume enormous amounts of electricity, about two-thirds of UK industrial energy use and about one quarter of total UK consumption. A simple electric motor costing two or three hundred pounds will consume many tens of thousands of pounds worth of electricity between cradle and grave.

What are the demands of the Eco-Design Directive?

The Eco-Design Directive, which was originally called the Energy Using Products Directive, is a framework which sets minimum standards of efficiency for specific products. Its objective is to provide consistent EU-wide rules for improving the environmental performance of energy related products (ERPs) through ecodesign. Since July 2011, there has been a requirement that motors must meet the IE2 efficiency standard. And from 2015, motors from 7.5kW to 375kW must meet IE3.

So let’s imagine that a motor has a lifespan of 30 years and is working on an application where the energy used costs £30,000 per year. An eight per cent  reduction in energy use would save a massive £72,000 over the lifespan of the motor and that’s before you add VSD control. This is a compelling financial argument.

However, as things stand there are a number of exceptions to the rule.  ATEX compliant motors don’t have to also be compliant with the Eco-Design Directive and neither do motors over 375kW. Both omissions are of concern to me, even though very large motors tend to be more energy efficient anyway. There are a lot of hazardous area applications in the UK and the motors that run in those applications often run constantly and a set speed. As a result, they cost a lot to run and they can’t be controlled using VSDs – if the speed doesn’t vary. Equally, even though large motors are more efficient, they do use more energy overall so even a much less extensive energy saving, of say two to three per cent, could mean a substantial financial saving.

Furthermore, the directive only applies to new motors introduced to the market. It doesn’t apply to motors that have previously been sold and are now being repaired or remanufactured unless they have been re-fitted so extensively that they can’t be considered to be the same product. In my view this is the only reasonable exception to the rule; if you have an application that simply can’t have a new product introduced, then sourcing and repairing an obsolete part might be the only viable choice.

Another cause for concern are the loopholes that some companies are attempting to create. One is the idea that motor components imported from outside the EU can be assembled and sold inside the EU, even if the resultant motors themselves don’t comply. The other is the idea of simply importing non-compliant motors from outside the European Union. However, I don’t see either option as permissible at all, because the motor itself has to be either CE marked or not CE marked. If it is marked, that represents a declaration that it complies with all relevant EU regulations, so a non eco design directive compliant motor can’t carry the mark. Of course, if it isn’t marked at all it shouldn’t be sold in the EU.

Ultimately, I believe that the directive simply doesn’t go far enough – yet.  The loopholes and omissions need to be dealt with and genuine policing needs to be introduced. Moreover, more work needs to be done to convince energy using companies that energy efficiency is the best way of making a positive impact on their bottom line. If that happens both the eco-warrior and the bank manager in us all will be happy.