The role of microprocessor-based control systems in industry spans the scope of hardware and software solutions, from back-office IT systems and telecommunications to factory floor automation control systems. If engineers want to maintain productivity, they must do more to protect all this equipment from electrical disturbances, argues Jeff Edwards, CEO of transient surge protection specialist, Energy Control Systems.

Traditional surge suppressors can protect infrastructure from electrical disturbances that occur due to power quality issues, such as power spikes and brownout conditions. However, we know that these devices are not built to handle all forms of electrical disturbances. There has always been a need for lightning surge arrestors at the mains but the industry has evolved beyond that. The focus needs to concentrate more on microprocessor based equipment to prevent software confusion.

Today we use equipment fitted with microprocessors that run at gigahertz speeds on chips, so the smallest disturbance can negatively impact productivity. Often, these disturbances go unnoticed by both human operators and tradition surge protection equipment, that will only clamp events high above or far below the sine wave. However, extensive duration of these events could be costly. 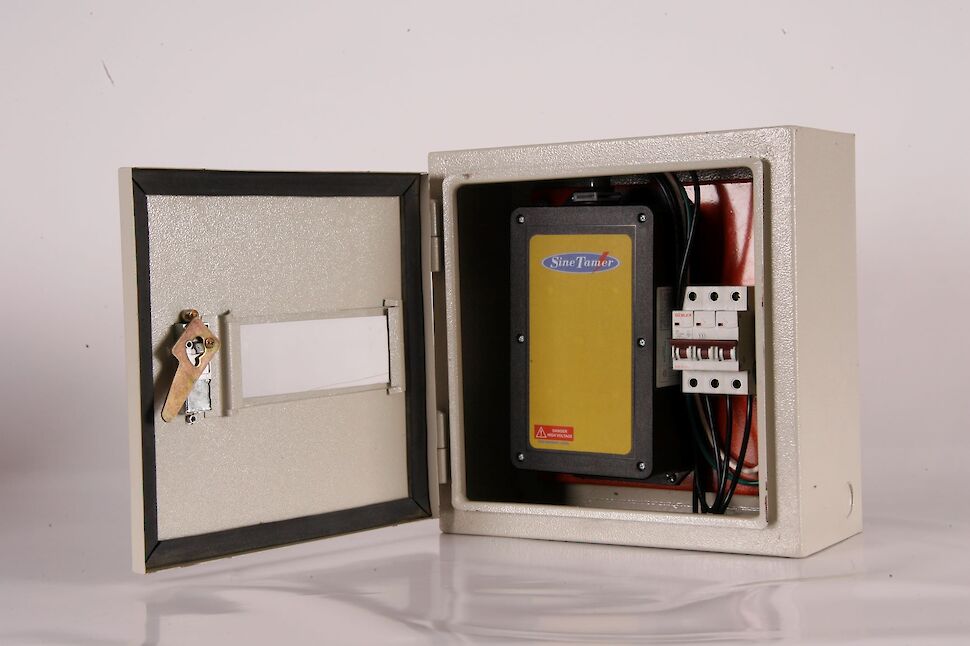 Introducing equipment to the mains or utility supply, such as variable frequency drives (VFDs), means that voltage rarely acts as we would expect. For example, if we imagine the sine wave as binary code in terms of ones and zeros, we expect power at peaks and valleys to be one and any crossings of the wave to be zero. However, power disturbances triggered by power quality issues or equipment such as VFD’s mean that this will not occur. Instead, in six pulse drive operation, the transient occurs six times per cycle, two times on the wave. 600 to 700V may not seem significant when it occurs once. However, this will be occurring millions of times an hour. A false zero crossing like this causes microprocessors to trigger prematurely.

Electrical disturbances can also occur without lightning — we have found that 80 per cent of electrical disturbances come from inside the facility. These smaller disturbances may go unnoticed at first but may also cause unexplained software confusions and errors. However, engineers will find that if they restart the system, it will return to normal production.

A traditional surge protection device measures and clamps events that occur above and below the sine wave are the maximum and minimum operating voltages. Until voltage exceeds those points, the surge unit is idle, but once a voltage spike or transient exceeds that level, it will clip off those transients.

To eliminate all power quality problems, our engineers created a frequency attenuation network – tuned transient filter that monitors the entire sine wave through 360 degrees, so that if an event occurs at any point, it can be attenuated, smoothed out and eliminated, thus assuring much reduced downtime on all microprocessor-based equipment.

We have developed a unique technology in our approach to dealing with electronics and microprocessors. If an 800V spike is injected into a SineTamer unit, the output is 14V maximum, while a 0V input spike is practically undetectable at the output. If the transient peak is around 80-125kHz, we can smooth it out.

Our experience with a range of industries has shown us why traditional surge suppressors are no longer sufficient to protect microprocessor-based equipment. For example, one popular carbonated beverage producer in in Lima, Peru, approached us after its newly installed labelling machine randomly affixed labels upside down. We temporarily installed SineTamer surge protection devices to see if it was a transient issue, despite believing that it was not related.

We followed up a few weeks later and the company reported that there had been no further issues. We realised that companies were not solving these issues alone because of traditional equipment. Early metal-oxide varistor (MOV) or diode-based surge protection devices cannot remedy false zero crossings because they were not designed to detect 700V spikes within the envelope of the sine wave. If a typical MOV-based device is injected with a 1000V transient at 270 degrees, it will exceed the peak of the sine wave by around 700V. Similarly, if zero volt is injected it will exceed the trough by 700V.

We also worked with a cigarette manufacturing location in Paraguay that was experiencing two to three stoppages per month in filling machines. This was caused by software confusion in the PLC’s that resulted in at least an hour of downtime per shift. During the two years since installing SineTamer, only one stop occurred on that line, that was determined as unrelated to power quality. The company was able to see a return on investment on lost production opportunities in just 28 days.

Effective 21st century surge protection must be upgraded not only to secure the basic electrical infrastructure, but more importantly, to reduce or even eliminate software confusion. With frequency attenuation we can now radically reduce and practically eliminate false zero crossings. As the sine wave is processed and the information goes into the microprocessor, it is pure and clean.

Investing time in developing a preventive maintenance strategy can prevent electrical disturbances from negatively impacting productivity. Our “Reactive vs Planned Maintenance” guide will help engineers to stop reacting and start planning, to reduce the risk of costly downtime. download it for free on our website www.ecsintl.com.