Haas Automation Europe and French HFO (Haas Factory Outlet) Realmeca have opened the latest HTEC (Haas Technical Education Centre) at La Joliverie close to Nantes – the first HTEC in the western region of France. La Joliverie is a school/college in the Saint-Sébastien-sur-Loire suburb of the city that teaches industrial processes to its students using the latest manufacturing technologies. Among the machine tools housed on site are 10 Haas models 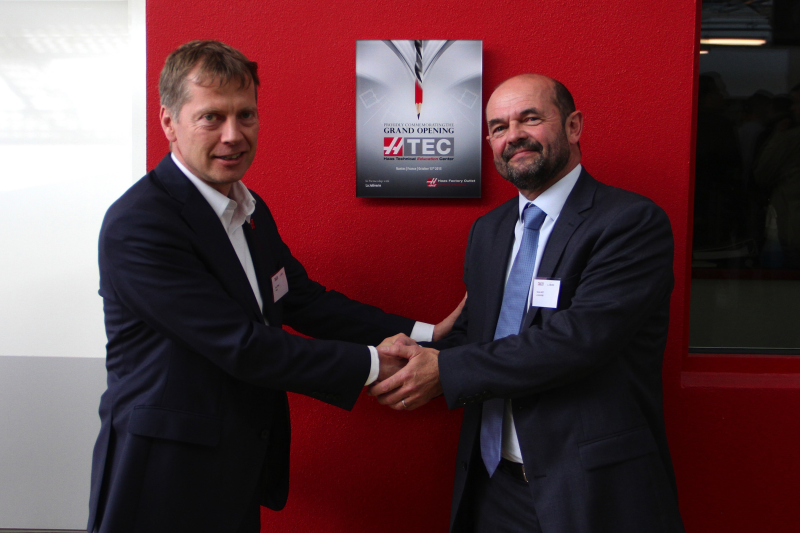 The HTEC is located in a newly constructed 6000 sq m building, known as ‘Le Pôle des Process Industriels’ (Industrial Processes Cluster), at the heart of the Saint-Sébastien site. An inauguration ceremony took place on October 13th in the presence of representatives from Haas Automation, Realmeca and La Joliverie, as well as local dignitaries and industry partners.

La Joliverie is a well-known school in the Loire-Atlantique region and in wider France. The school is renowned for taking part in the Shell Eco-marathon, an event that challenges student teams from around the world to design, build and test energy-efficient vehicles – the winners are the teams whose car goes the furthest. La Joliverie’s car is the ‘Microjoule’, which has won the Shell Eco-marathon more than all other cars in the history of the event combined and has broken the world record for the most kilometers travelled on one litre of gasoline. The current record, held by La Joliverie, stands at close to 3000 km.

La Joliverie’s success in the Shell Eco-marathon, on which it collaborates with global giants such as Michelin and Bosch, has made the school a showpiece of French education. Many VIPs have visited it, from French education ministers to Formula One drivers, all keen to offer praise and discover more about the Microjoule. Every year the car is rebuilt and fine-tuned by a team of students from the school, they build the Microjoule year using the Haas CNC machines.

“We’re proud to collaborate with a school like La Joliverie and proud they have chosen Haas as their machine tool provider,” says Jens Thing, General Manager of Haas Automation Europe. “The drive and ambition of the school management and teachers to give their students the best possible education is on a level that I have never seen before. They are an example of the positive changes that education can bring to the lives of students.”

Relays are small and safe