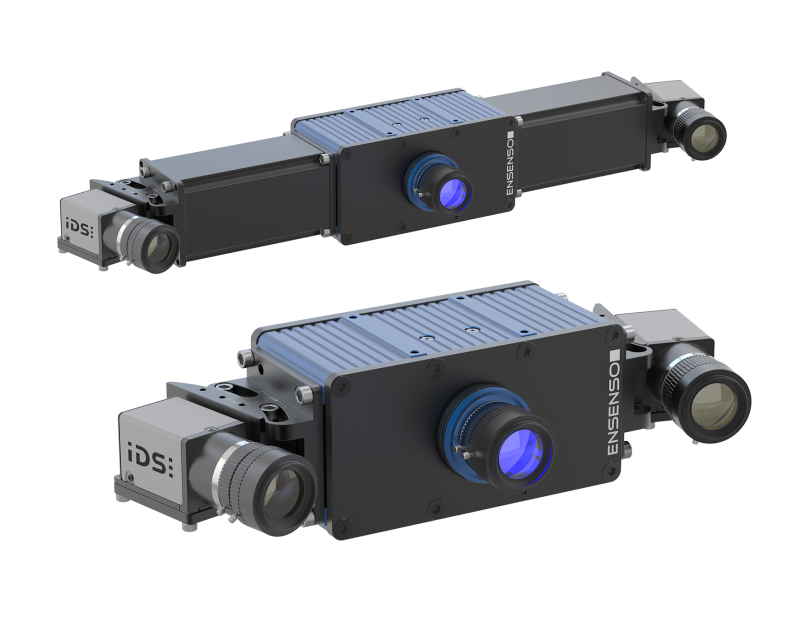 IDS Imaging Development Systems GmbH is introducing the Ensenso X, a new 3D camera system that makes 3D vision applications – 3D object recognition, localization and classification – easier and more flexible to implement. The system comprises a powerful 100 W projector unit with an integrated GigE switch on which two 1.3 megapixel cameras can be mounted at different distances. This facilitates a range of working distances and angles, allowing the capture of larger objects, such as whole pallets or entire rooms. The range of applications includes anything from bin picking to warehouse and logistics automation. The Ensenso X36 also features the FlexView2 projector, which ensures an even better spatial resolution as well as accommodating dark, shiny or reflecting surfaces.

The Ensenso X series initially features the X30 and X36 models. The 3D camera systems comprise a projector unit and two GigE uEye CP industrial cameras with 1.3 megapixel resolution mounted on special brackets, which are available in different lengths. The angle of view of both cameras can be configured and there is a choice of various C mount lenses for the camera and projector. This flexibility facilitates a wide range of working distances of up to around five metres, allowing the capture of objects with volumes of several cubic meters, such as whole pallets or entire rooms.

The powerful 100 W projector of the 3D camera system projects a random pattern of dots on the object to be captured. The pattern allows the capture of images of surfaces that have almost no texture at all. The Ensenso X36 has a FlexView2 projector that can be moved by several “levels” to a preset level using a piezo-mechanical process. An image pair with an offset projection pattern is captured on every “level” before the individual images are combined to form a single image of the 3D point cloud with a corresponding higher resolution. This makes object contours more precise, images more detailed, and 3D data more robust.

Like all models of the Ensenso camera series, the Ensenso X is also easy to set up and operate using the relevant Software Development Kit. One of the new features is the setup wizard for quickly focusing and calibrating the 3D cameras.