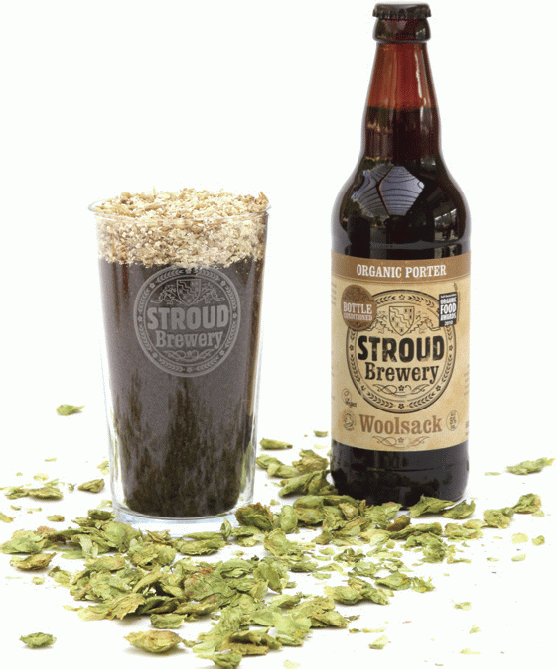 Moving forwards in a business as traditional as an organic craft brewery takes sympathy, understanding and very flexible process equipment. Fortunately for Gloucester beer drinkers that is exactly what Burkert UK has supplied to Stroud Brewery in an application that combines traditional processes with the latest automation systems where old techniques meet new controls in the new Stroud Brewery brew house to create prize winning beer.

Burkert UK’s project team has just completed the installation of a complete flow, temperature and level control system comprising of the sensors, valves and control panel required to manage the new micro brewery installation at Stroud Brewery. The brew house installation has been designed around the previously manual brewing process employed by the brewery in order to create its award winning beers, Budding, Tom Long and Stroud Organic Ale. 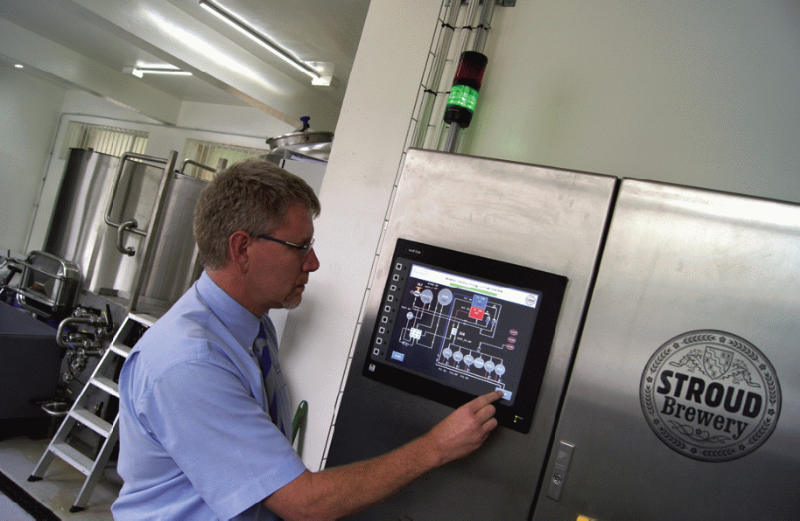 Stroud Brewery has completed the journey from a manual traditional brewing process to a semi-automated process that actually improves the quality and consistency of the beer. Greg Pilley the brewery founder explains why retaining the original process was so important: “At Stroud Brewery, we produce a range of three regular beers: Budding, Tom Long and Stroud Organic Ale. Budding, we named after the inventor of the lawnmower, who lived in this village of Thrupp, and actually produced his lawnmower on this site. Tom Long has several stories, but the one we like the most is that he was a mythical highwayman, based up on Minchinhampton Common, which is literally just up the escarpment here. Stroud Organic Ale – well, it’s what it says on the tin. It’s our draught organic ale, and the only organic draught beer produced in the county. 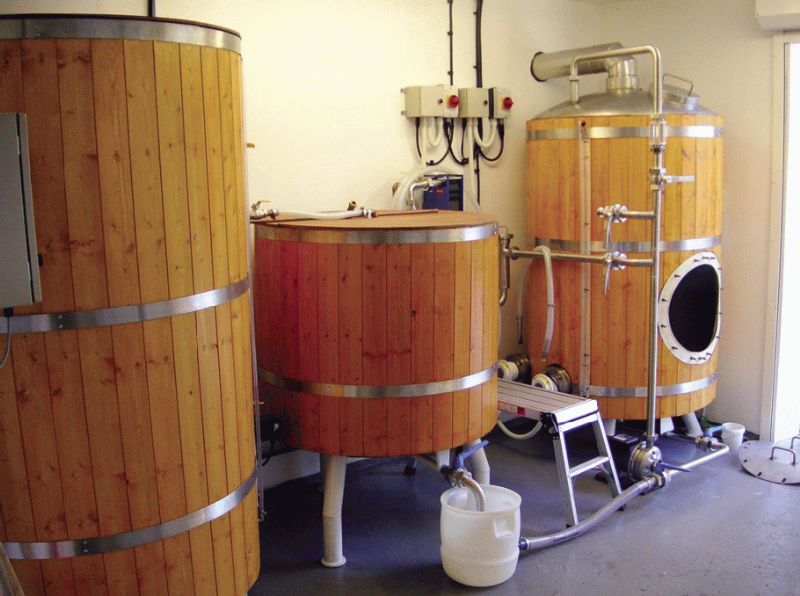 “Running the original brew house at full capacity was quite an uncomfortable situation to be in; we were all working flat-out as a team; none of us found it very easy to have holidays without doubling the workload of somebody else. You couldn’t be sick, and we certainly couldn’t afford to have any problems in the brewery, which is quite nerve-wracking.

“What the new brewery equipment allows us to do is to brew four times as much beer in a single day as we did before, using a basic level of automation that still provides us with hands-on control when we need it. We haven’t gone overboard with it, but what it means is, just by the use of food-grade level-sensors, flowmeters, and an intelligent control panel, we don’t have to stand over the process continuously. And that’s enabled us to grow the capacity of our brewery without compromising on quality.” 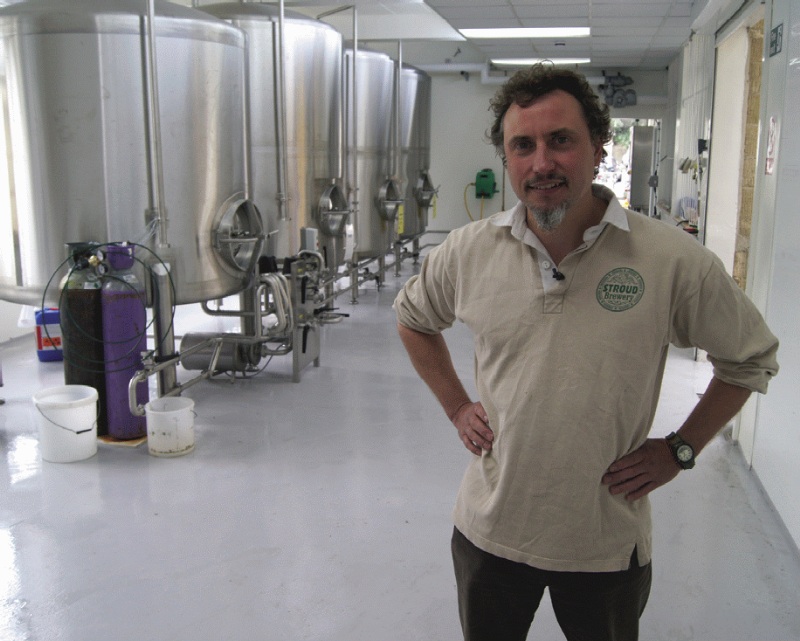 Lars Frimert, area sales manager for Burkert explains why Burkert’s product range and expertise are so well suited to automating the brewing process: “Burkert has vast experience in controlling processes, whether it’s pharmaceutical, food, or in this case, the brewing industry. We have provided control systems, and components, for big breweries, but also for microbreweries. When Greg from Stroud Brewery came to see us, and explained what his pains and his needs were, we listened hard, and we managed then to translate that to a visual control system that is easy to use and practical for this tough working environment. 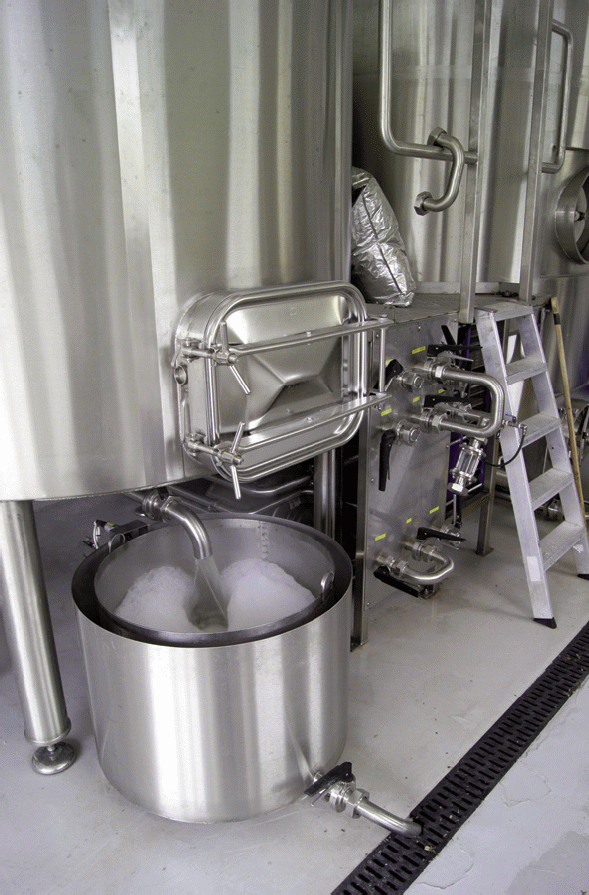 “The next one is the run-off from the mash tun. This was previously a very labour-intensive process, where you needed to have a look at the vessel continuously. We solved that problem by putting three level-sensors in the vessel. The control system uses the information from those level-sensors, and controls the run-off, so you never run dry or overflow. With that, the head brewer, or the brewers, can walk away and leave it on its own, and do other things during that time.

“To help future-proof this system, we put in a remote monitoring system as well, so Greg and his team might not need to be here all the time. Because the process is monitored, if something is going outside the parameters, there could be a SMS message sent to his mobile phone to alert him that he needs, maybe, to log in on a PC somewhere and investigate what’s happening or he can go down to the site, and do whatever he needs to correct that problem. I’m sure we will persuade him to take this option sooner or later.

“To give you an overview of what Burkert has done here; in essence we have provided the hardware, the software, and the knowledge, to give Greg the flexibility and control to do what he does best: brew a great beer.”

Pilley concludes: “We made our first brew in the new brew house on the 4th of July, and once again, as we did in our first brewery, we brewed Budding, our launching beer. We were really delighted that that beer then went on to win its category at the Gloucestershire CAMRA Beer Festival. So we’ve maintained our quality, and the beer is identical to what we brewed before, it’s just that there is more of it, and we can actually enjoy the work here far more, thanks of course to a very understanding process automation supplier.”