GEA has clinched a contract to supply a new, environmentally friendly refrigeration system – which will be Scotland’s first large-scale plant combining biomass heat and absorption chilling – at one of Britain’s leading ice cream producers.

As part of a £4.5 million project, the luxury ice cream brand Mackie’s of Scotland will replace existing freezing equipment at its Aberdeenshire facility with GEA’s ammonia-based, low carbon, energy efficient refrigeration system that incorporates an Absorption Chiller – an innovative solution that will help Mackie’s to target ambitious CO2 reductions of 90% and energy cost savings of 70-80%.

Mackie’s green initiative involves replacing the gases used in its refrigeration plants from HCFC – which have a very high global warming potential – to ammonia, an environmentally-friendly refrigerant that has no impact on global warming or ozone depletion.

GEA, a specialist in supplying high-tech processing, packaging and refrigeration kit for the food industry, has teamed up with German company AGO to supply the Absorption Chiller for Mackie’s plant. AGO has only carried out two projects in the UK so far using this technology and both times GEA was the refrigeration contractor. It was via this relationship that AGO recommended GEA to Mackie’s.

Gerry Stephens, Finance Director at Mackie’s of Scotland, said: “Our company vision includes our aim to be the greenest company in the United Kingdom. Over the years we have invested in renewable energy on site, including four wind turbines and – what was at the time of its connection in 2016 – Scotland’s largest solar farm.

“As we grow our energy requirements grow with us, we’re excited about this innovative combination of technology and eco-friendly refrigeration – representing the final step in our ambition to be self-sufficient in renewable energy.”

Design of the system has been completed and GEA has assisted Mackie’s in preparation for the installation works as the take-home ice cream manufacturer has not undertaken a project of this magnitude before.

Scott White, GEA’s Sales Manager, added: “Designing an ammonia system for a site that has no previous experience of this refrigerant has involved taking time to guide Mackie’s in the correct regulations and procedures that have to be adhered to. GEA has a wealth of experience in designing and installing systems utilising this technology.”

As it strives to be one of the greenest companies in Britain Mackie’s, which already produces over 10 million litres of ice cream every year, invested in GEA to install the new refrigeration system that is set to be one of the most sophisticated in Europe. 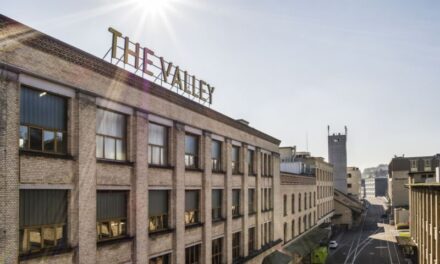