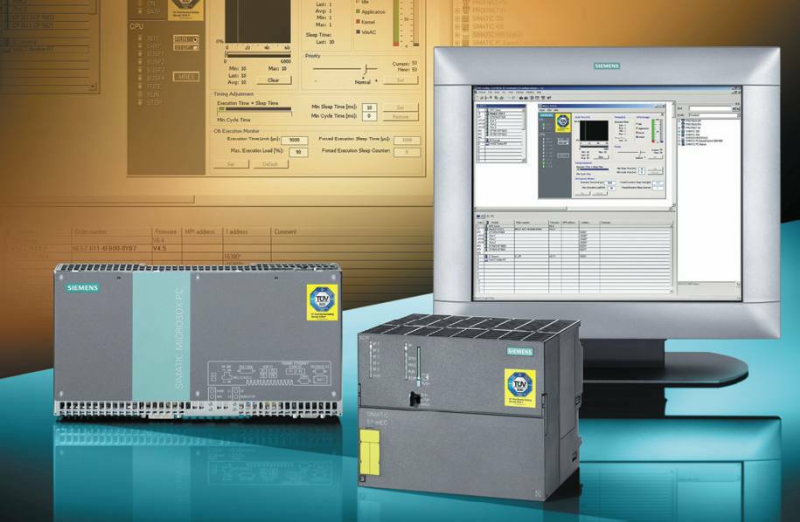 Boulting Electrical Systems were commissioned to upgrade a batch control system at the Alloa glassworks in Scotland, owned by Owens of Illinois (O-I) – which has grown over time to become one of the largest glassworks in the UK – using Siemens S7 industrial PCs.

The original system consisted of four Honeywell 620 PLCs, a bespoke batch computer and a PCIM SCADA. Together, these controlled the critical mix of ingredients including sand, soda ash, limestone, cullet and minor additives which are fed into the furnace and melted at high temperature to make glass. Different recipes vary the mix to enable different types and colours of glass to be manufactured.

However, the legacy control system became difficult to maintain and support due to a lack of availability of spare parts, and an upgrade was ultimately necessary.

The original batching system had been used almost continuously throughout its life, stopping only for routine maintenance and the go-ahead was given to Boulting to replace the whole system with four new Siemens S7 PLCs and a Siemens WinCC SCADA. A key requirement during the changeover was that the conveyors would need to run every four hours in order to charge the furnace with Cullet – which is a form of recycled glass.

Starting with a detailed survey of the existing equipment, Boulting worked with the O-I team at the site in order to fully understand the current system.

Andy Marshall, Boulting lead engineer, comments: “We worked closely with Tom Wilson (O-I Systems Engineer) and his colleagues. They had a huge amount of experience of how the existing system worked and fitted together. The existing batch computer was effectively a black box and we had to recreate its functionality in the new system where it was split between the PLCs and the WinCC SCADA.”

He continues: “We had to watch the system and ask lots of questions to make sure we understood the current operation so that we could accurately reproduce it in the new system.”

Once the survey was completed a detailed functional design specification was created, which covered all aspects of the existing system, operation of the new system, testing and installation.

The new systems were bench tested in the Boulting office, starting with the basic functions and finishing with a complete system test.

Installation commenced and changing one system at a time, existing PLC, IO and IO wiring were removed and pre-wired harnesses from each of the new IO racks were connected to the panel side of the field termination rail.

Tom Wilson, systems development engineer at O-I, commented: “We are very happy with the results and the batch system is running well.”