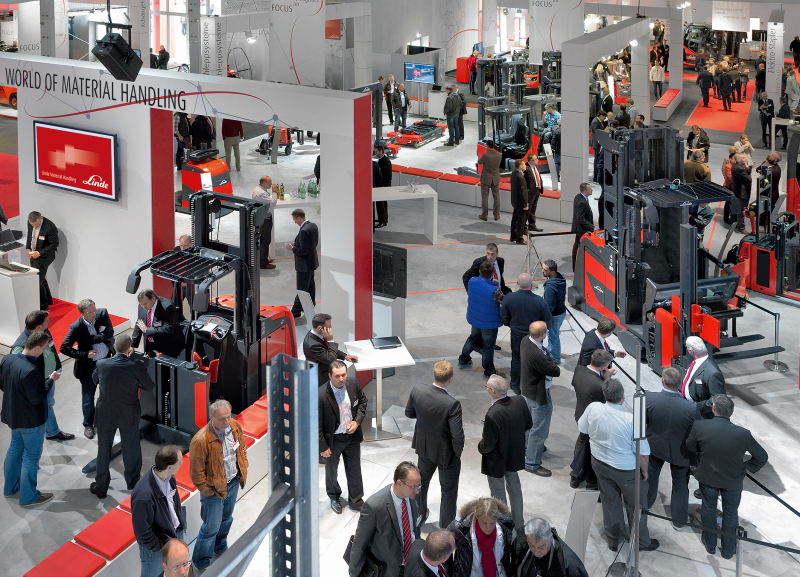 With an increasing demand for self-driving and self-lifting industrial trucks, a paradigm change is in the offing: the lines between manual and fully automatic operation are becoming increasingly blurred.

In the future, many applications will be linked together in a networked system. This will include a connection to the warehouse management system where data will be analysed, operating commands generated and employees given an overview of the position of all of the trucks or goods at any time.

Tobias Zierhut, Head of Product & Service Marketing at Linde MH, said: “Towing, transporting, storing – we will have an automated solution in all categories. The completely automated interaction of various truck models is something we’re expecting in the future, in particular the link between production and the warehouse.”

A mix of manually operated and fully-automated industrial trucks and shelving and conveying systems are becoming more popular, in particular in warehouse logistics. One such example of this is is the K-MATIC order picking forklift presented at WoMH as well as the new Linde “driven by Balyo” robotic truck, which should come to market at the end of the year, and the self-driving Linde fleet (equipped to operate vertically).

Another Linde innovation in this area are the new automatic narrow forklifts run which between shelves on a cable or rails and pick up or unload goods on both sides. When it has to change aisle during its operation, it moves without mechanical guidance using geonavigation.

Massimiliano Sammartano, Vice President Sales & Service Marketing & Operations at Linde MH, said: “Automation will not be the only solution to all of tomorrow’s intralogistics demands, but it will play an important role.”

Under the title ‘Linked Perspectives’, the World of Material Handling event answered the biggest questions that intralogistics will face in the future, not just automation, but also networking, individualisation and energy systems.

ElectricSafe Register for the electrical Industry