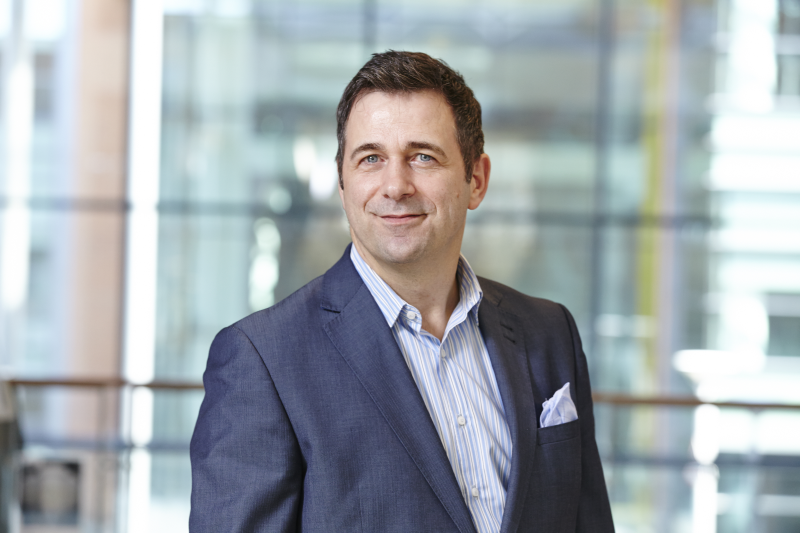 Industry proposals to boost the UK’s manufacturing sector have been unveiled this morning at the Manufacturing Technology Centre in Coventry with the publication of the Industrial Digitalisation Review. Chaired by Siemens UK CEO Professor Juergen Maier it outlines proposals to boost the economy using advanced digital technologies including robotics, 3D printing, augmented and virtual reality as well as artificial intelligence.

The Government’s Industrial Strategy Green Paper, launched in January identified industrial digitalisation as one of five potential early sector deals and the Review kick started work with stakeholders to identify opportunities for how government and industry can work together.

The Review brings together input and recommendations from over 200 stakeholders, including companies such as Rolls Royce, GKN, IBM, and Accenture. The Review took substantive input from SME’s such as Yamazaki Mazak and Vertizan as well as academic institutions including the University of Newcastle and the University of Cambridge. R&D centres of excellence, the Digital Catapult and High Value Manufacturing Catapult also co-designed the proposals.

Professor Juergen Maier, CEO of Siemens UK and Ireland, said: “The business and academic community has set out a vision for much greater ambition needed for Britain to be a world leader in the fourth industrial revolution. Industry is committed to working in partnership with Government, and this combined package of measures will boost UK growth and productivity in manufacturing and provide more exports and increased earning potential, which our economy desperately needs.

“Our ‘Made Smarter’ proposals will help business understand, deploy and create the latest digital technologies, helping to secure more homegrown R&D and the creation of new industries and highly skilled well paid jobs. The proposals build on the UK’s natural technology strengths, whilst setting out a framework to encourage entrepreneurs to develop new technologies that help manufacturers.

“I look forward to working with Government to consider the recommendations, including those that can be taken forward as part of an ambitious sector deal.”

· Adoption: Building a national digital ecosystem. Government and industry should create a significantly more visible and effective ecosystem that will accelerate the innovation and diffusion of Industrial Digital Technologies. This includes a National Adoption Programme piloted in the North West, focused on increasing capacity of existing growth hubs and providing more targeted support. Additionally the Review recommends up-skilling one million industrial workers to enable digital technologies to be deployed and successfully exploited through a Single Industrial Digitalisation Skills Strategy.

· Leadership: Establish a national body, Made Smarter UK (MSUK) Commission, comprising Industry, Government, Academia, FE and leading Research and Innovation organisations, responsible for developing the UK as a leader in Industrial Digitalisation Technologies (IDT) and skills, which has a mandate to develop the UK’s own national Industry 4.0 domestic and global brand.

The recommendations will be considered carefully by the government and used to inform work towards a sector deal between Government and industry.

Business Secretary, Greg Clark MP, said: “The UK manufacturing sector has the potential to be a global leader in the industrial digital technology revolution. Government and industry must work together to seize the opportunities that exist in this sector and promote the benefits of adopting emerging digital technologies, as well as cutting edge business models.

“I welcome the Made Smarter report that has been published today and thank Juergen and the reviewers for their work in outlining the huge potential digitalisation offers to this important sector. I look forward to working closely with industry to secure an Industrial Digitalisation Sector Deal.”

CBI, Director General Carolyn Fairbairn, said: “The business community has pulled together to shape these recommendations that will speed up technology adoption and bring new energy to the manufacturing sector. The UK must compete with China, the USA and much of Europe where there are already advanced plans to embrace the fourth industrial revolution. I urge the government to consider these plans carefully, as they are focused on increasing productivity and wages, especially in smaller businesses.”

Sean Redmond CEO of Vertizan, a digital and software SME, added: “Smaller businesses that are growing at scale, especially industrial companies need support learning about how digitalisation can help their business grow. The proposals could help the UK to catch up with international competitors who have long sought to take advantage of this new industrial revolution. We want to make industrial digitalisation accessible, understandable and practically useful to firms up and down the country.”

Innovate UK Chief Executive Ruth McKernan, said: “This comprehensive review sets out practical recommendations around digital skills adoption, leadership and innovation.  Maximising opportunities from industrial digitalisation massively boosts productivity and UK competitiveness. The innovation eco-system has a key role to play in delivering the ambition in this Review and Innovate UK stands ready to work with government and industry to drive forward the recommendations Juergen Maier sets out.”

Olly Benzecry, UK & Ireland Managing Director at Accenture, said: “The transformational impact of digital technologies that we witness in the world of the consumer are just as applicable to industry. The opportunities to the UK economy are significant in terms of economic growth, increased productivity and jobs. The Made Smarter Review has been led by UK industry and recommends a series of bold actions by which Government, working in partnership with industry, can make a real difference to our industrial future.”

Commenting on the digitisation review by Juergen Maier, Chris Richards, head of business environment policy at EEF, the manufacturers’ organisation, said: “The digitisation of manufacturing is real and is happening at pace, but this speed could create major winners and losers unless all of industry moves together. The opportunities are significant and the review highlights the barriers to adoption of new digital technologies that could stop us moving up the ranks,  particularly the need for better leadership and a culture shift on innovation to boost adoption – particularly amongst SMEs.

“Amongst the major recommendations the biggest added value would be on the creation of 4th industrial revolution demonstration centres (demonstrators) – allowing industry to ‘see it to believe it’ and go back to factories and supply chains armed with knowledge about the art of the possible.

“We’ve now seen a number of sector deals published as part of the industrial strategy but government continues its silence on what good looks like with the risk other sectors create deals that fail to meet expectations. The industrial strategy set to be published next month must fill in these blanks and be absolutely focused on tangible delivery and reassurance about how it will make a difference.”

· Over ten years industrial digitalisation could boost UK manufacturing by £455bn, increasing sector growth up to 3% per year; creating a net gain of 175,000 jobs whilst reducing CO2 emissions by 4.5% [1].

· Proposals include the establishment of a ‘Made Smarter Commission’ to support a national plan to put Britain’s small businesses at the forefront of a ‘fourth industrial revolution’.

· The independent Review will inform the basis of Government work towards a sector deal in the coming months.