Precision engineering specialist, Advanced Engineering, has been applying its laser focus to reducing its carbon footprint in recent months – and the results have been staggering. 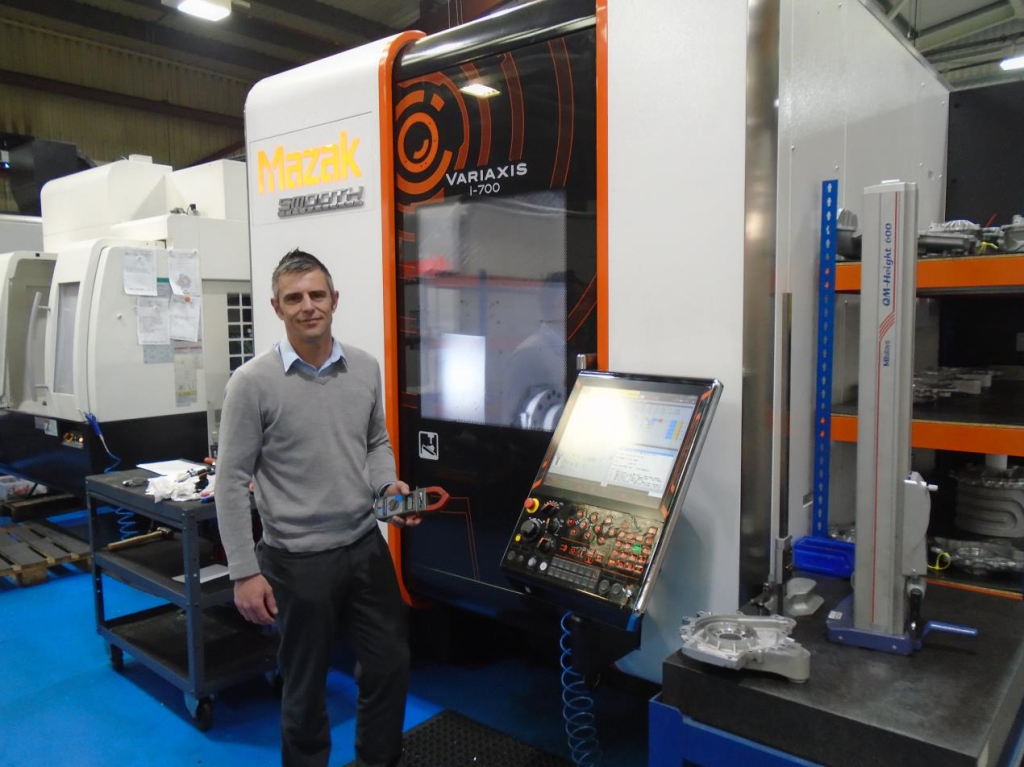 The Birmingham-based company has been part of Aston University’s Low Carbon Project since May last year. Ever since then, every single element of its energy consumption has been measured, monitored and analysed.

And its efforts are already clearly paying off across all areas of the business. The company has significantly reduced its relative carbon footprint, which was originally 240 tonnes, by 60 tonnes, which equates to a 25% reduction in the company’s overall carbon footprint.

What’s more, with the help of the university’s Low Carbon Project team and Advanced Engineering’s delivery partner, Pro Enviro Ltd, the company has managed to slash its electricity consumption by 87,650kWh, which equates to a £12,000 reduction in costs.

“What we’ve discovered about our energy consumption since we’ve been part of the project and the energy cost reductions we’ve been able to make so far has been incredible,” says Andrew Stevens, Quality Manager at Advanced Engineering.

“For instance, we found out that we were using double the amount of electricity each month than our allocated supplier capacity, which was a huge expense. We also discovered that the supply of electricity to our site and how it was powering our machinery wasn’t as efficient or effective as it could be either.”

Advanced Engineering has closely worked with its partners and the Low Carbon Project team to enhance every single aspect of its carbon footprint. This has spanned from using practical measures, such as changing its lighting, to re-educating staff on how to consider power consumption on the equipment they use to optimise efficiency.

Over the last nine months they have:

·Fitted new LED lighting throughout the entire site – the layout of which was designed specifically for the company by environmental consultants, Pro Enviro Ltd, based on site surveys, CAD surveys and lux maps

·Installed Power Correction Factor equipment – which means Advanced Engineering’s electricity current is consistent with its usage. Since installing the PCF equipment, its Power Factor rating has gone from 0.86 to 0.97-0.99 dependent on usage .

·Borrowed an Elcomponent data logger from Aston University – which enabled Advanced Engineering to understand exactly how much energy is being used by each machine.

“We used the data logger on different pieces of machinery over two weeks and then analysed the data. In doing so, we realised that we were wasting a lot of energy, purely just because of the way we were using our equipment,” added Andrew.

“We work in such a high precision environment that achieving accuracy is of the utmost importance. Through analysing our energy consumption, we found out that our staff were leaving our equipment on to maintain working temperature, sometimes even overnight, so that their work wouldn’t be impacted by thermal drift. While this was effective from a manufacturing point of view, it was far from being energy efficient.

“We’re still making improvements and re-educating our staff so that they do turn off machinery when they’re not using it. All in all, we’re changing a culture which is being embraced company-wide, rather than making a quick change. We’ve made considerable progress so far and are still actively working with Aston University to build upon what we’ve already achieved.”

John Kyffin-Hughes, Business Engagement Manager at Aston University, said: “Advanced Engineering is one of our star performers. The results they’ve achieved so far shows that by improving the way you manage energy has as much impact on reducing your energy costs and carbon footprint as implementing technical measures such as installing LED lighting.”

WIN A LOCTITE® QUADROCOPTER DRONE …. and learn how adhesive technology can benefit your business

A blend of youth and experience