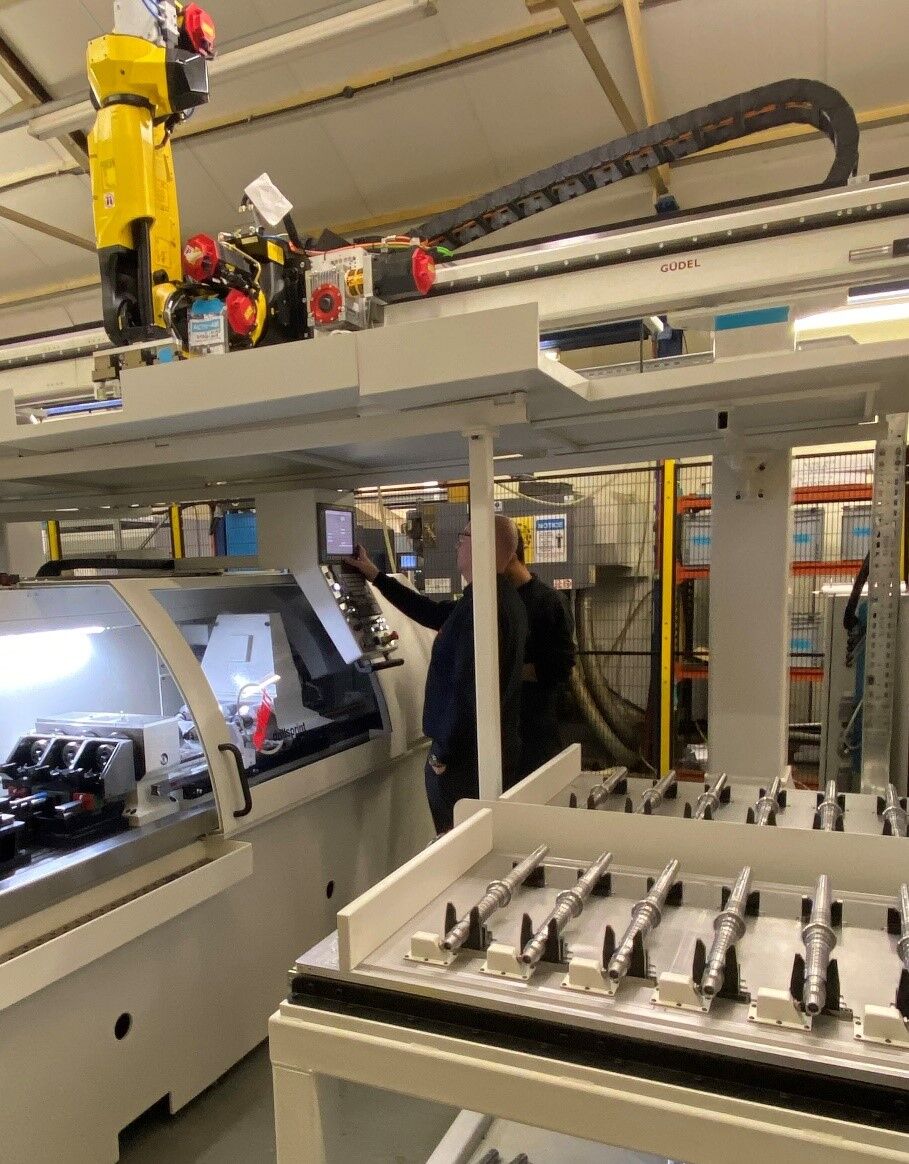 Robotics and automation expert FANUC UK has supported deep hole drilling technology specialists Mollart Engineering to develop an automated three-machine production cell for an automotive customer in China. Designed to manufacture parts for pre-machined transmission shafts for hydraulic gearboxes, the solution by FANUC and Mollart drills deep holes into the hydraulic shafts to a depth of 384mm. Operating to a precision level of 0.2mm at the start of the hole and within 0.3mm of the deviation at the end of the holes, the production scale has an uptime efficiency of 90+%.

Mollart’s Ian Petitt explains the importance of the company’s partnership with FANUC in delivering this project: “The customer came to us specifically for deep hole drilling, as they cannot receive this same service from other companies. We are fully reliant on FANUC to deliver support for us worldwide. They are the natural choice for us and have helped us to deliver a cell that is compact yet so much more efficient than if it was driven by people.”

Based in Chessington, Mollart Engineering is renowned for creating engineered solutions for challenging machining applications for the development and production of niche machine tools for end-users in the aerospace and automotive sectors, among others. For this project, it turned to FANUC for automation support, having worked with the international robotics specialist for more than 30 years.

A space-saving gantry rail with a FANUC M-20iD/25 6-axis robot transfers parts between the three-machine cell, while a FANUC Series 35i-Model B control system drives the cell.

“Providing that the input and output trays at either end of the cell are loaded and unloaded by operators accordingly, the FANUC robotic automation system will feed the three machines constantly,” explains Ian. “The parts are manually loaded into loading drawers at the front of the cell. Once the position is established, the FANUC robot takes them to the first machine, where we drill the components at 200mm/min. Once that is completed, the FANUC robot is called to unload the machine and transfer the parts to an automatic rotate station, to orientate them for the next operation. The same process is then followed with further drilling. This is repeated again in the third machine where parts are then placed into the exit magazine by the robot that autonomously transfers parts through the cell.”

The FANUC M-20iD/25 6-axis robot was the natural choice for this cell as it offers fast, precision handling with high performance in a very small footprint. Ideal for loading and unloading the three machines in the cell, its compact arm and wrist design offer rapid axis speeds and motion performance with repeatability of +/-0.02mm, a maximum reach of 1,831mm, and load capacity of 25kg.

In addition, a FANUC control system has been incorporated into the cell. Primarily designed for transfer lines, gantries, multiple milling and drilling stations, the Series 35i-Model B system enables high-precision, multi-path processing with short processing times. With the facility to control up to 20 axes, four spindle axes and four pathways, it is simple to set up with ready-to-use integrated software packages and provides a multitude of additional functions for simple customisation. It also facilitates up to five integrated high-speed PMCs (Programmable Machine Controls) to provide an exceptional interface between the FANUC CNC and the control of the machine tools in the cell.

“The FANUC Series 35i-Model B system controls the entire cell, providing up to four pathways,” says Ian. “Two of these are used to control the machine tools and all the communications in the whole cell. In this instance, there is also a master control on the master machine which speaks to the outside controller. Effectively, the external controller can see every screen on every machine, meaning it can control each machine from the outside and monitor the performance of the machines inside the cell.”

As per all FANUC solutions, this digital-first system is networked for Industry 4.0 connectivity. “Everything is connected, right down to the light stack on the machines and the networking with the ERP system that drives it all,” adds Ian. “This provides the customer with an exceptional level of detail, enabling them to see how much it costs to run each machine by the amount of electricity it uses, promoting efficient energy use.”

The cell has been developed in the UK and will be seamlessly transferred to the customer in China, making international support a must. “We would be foolish not to use FANUC; not just because of our relationship with them on the CNC controls for our machine tools, but because they are world-renowned for what they do,” confirms Ian. “They can support this cell wherever it goes in the world, and it also has the Chinese language incorporated into the FANUC control system.”

Ian concludes: “Another advantage is that everything is connected through FANUC, meaning there is only one warranty. We would be crazy to think about using a different type of system and then try and make things compatible. It would just add more problems and we don’t need problems; we need solutions – this is what FANUC provide.” 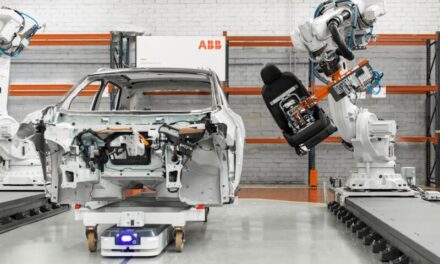