Monitor the invisible to assure quality and safety 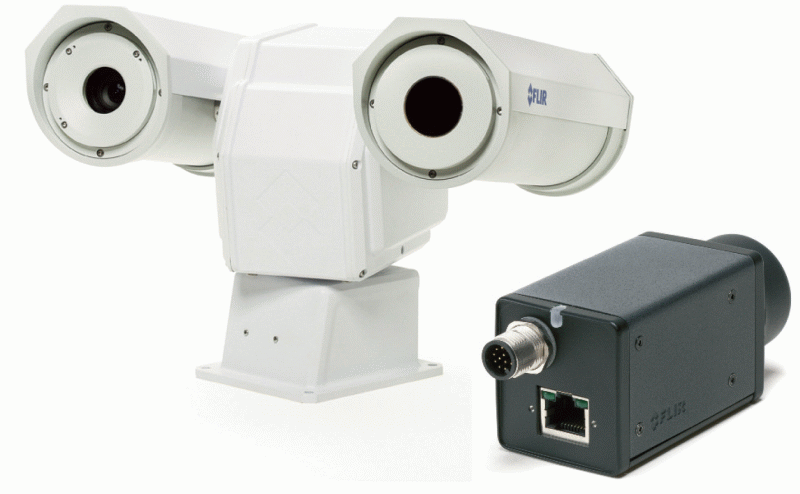 To achieve a competitive edge manufacturers are increasingly considering machine vision, and for many, systems based on infrared technology are proving a suitable choice. They are enabling manufacturers to validate and increase product quality and throughput, minimise waste and improve profitability as Chris Brown, Flir Systems European business development manager explains

Maintaining quality standards is important as any slip in vigilance can prove costly both in terms of profitability and reputation. A production problem can occur anytime in a 24-hour shift and possibly when the line is minimally manned. Also it’s not always possible to see the problem with the naked eye or to quantify temperature variation. For industries such as automotive and electronics production this ability is critical.

Whilst traditional machine vision can see a production problem, it can’t detect thermal irregularity. In contrast infrared gives much more information to the decision maker. Indeed, for non-contact precision temperature measurement there is nothing to rival infrared. It adds a new dimension to machine vision and is suitable for applications involving non-destructive testing.

Another major advantage of infrared vision is that it requires no additional lighting to illuminate the target scene. It achieves the same quality image day and night. For traditional vision systems external lighting is a prerequisite and can add to the overall cost. Furthermore establishing the correct lighting conditions can be time-consuming and the end result is often temperamental. 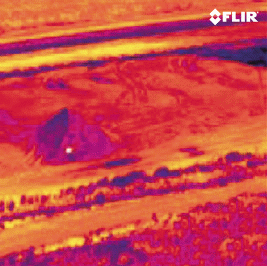 Thermal imaging has other benefits too. In addition to being a highly cost effective method of automating process control and quality assurance it can also enhance operator safety and minimise fire risk.

In steel, oil and gas production, power generation and where combustible material is stored, this ability is particularly beneficial. And to top that, these cameras can also be used for security and surveillance. Speedy return on investment is therefore a natural by-product of this multiple use.

Flir Systems is an established provider of fixed mounted thermal imaging cameras, models of which are sufficiently small to be installed anywhere on the production line. The continuous development of its range has now led to the introduction of two new models the first of which builds on Flir Systems’ reputation for designing high performance infrared cameras for applications where space and weight constraints prevail.

Small and quick to install

The new Flir A35 is effective, affordable and discrete. It is fully compliant with both GeniCam and GigEVision protocols making it instantly ready for quick and easy network installation. Communication and power are supplied via one cable.

Typical uses for the Flir newcomer are in open loop and high speed applications whose quality and control can be governed by thermal contrast rather than accurate temperature measurement.

Image frequency is 60Hz and users can choose the performance that best suits the need; 8-bit streaming of high contrast non-radiometric data or 14-bit image streaming suitable for a wide range of real-time vision applications.

The uncooled Flir A35 captures clear image details and small temperature variants in a range from -40°C to +550°C with a sensitivity of <50mK. Multiple units can also be synchronised whereby one is configured as the master and additional units as slaves, a common requirement for safety applications. 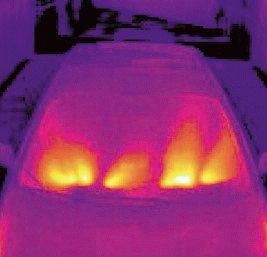 The second of the new Flir imaging cameras comes into its own where protection of lives and assets is of the greater importance. The recently introduced Flir A310 PT pan and tilt radiometric thermal imaging camera provides an efficient and cost effective early warning system.

The IP66 specification of this camera allows it to be used almost anywhere to monitor critical and valuable plant for differences in thermal profile that may indicate an impending problem. It provides accurate temperature measurement so that the criticality of situation can be quickly assessed.

The Flir A310 PT can pan 360° continuously and tilt to ±45?, giving operators accurate pointing control while providing fully programmable scan patterns and slew-to-alarm capability. It houses a thermal imaging and a daylight/low light camera and all the necessary features and functions to build distributed single- or multi-camera systems to monitor large areas using standard Ethernet hardware and software protocols.

In common with the entire Flir Systems A-Series, the new models can be equipped with a choice of lenses and accessories to customise the cameras for a wide variety of imaging and measurement applications. These include software packages, Flir manufactured lenses, LCD screens and remote control devices.