More possibilities on a DIN rail: CX2000 with multi-core CPU and PCI Express 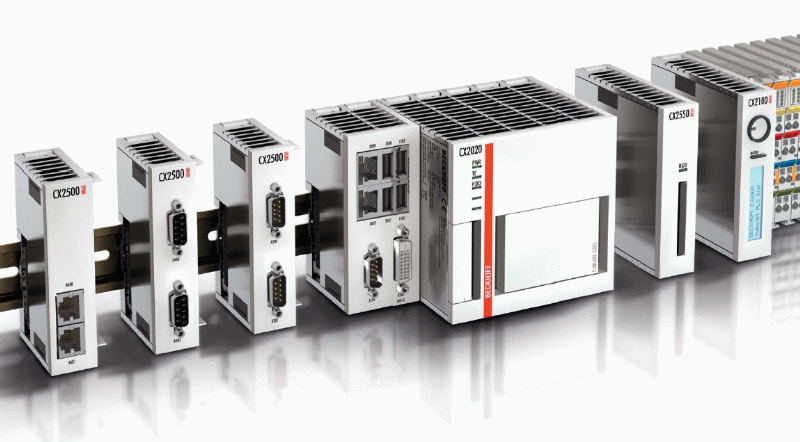 A quarter of a century shaped by PC technology: Beckhoff has been using PC technology for control tasks for 25 years and delivered the advantages of an open, standardized technology at a very early stage. However, hardly any other technological field is subject to such dynamic developments as computer technology, and it is precisely this dynamism – driven by the consumer markets – that presents every player in automation technology with the challenge of finding a balance between innovation on one hand and the preservation of hardware and software investments on the other.

This balance can be clearly comprehended if one regards the Embedded PC product line from Beckhoff, which has been on the market since 2002. Although they are actually PCs in the DIN rail-mountable garb of an industrial controller, some of the devices from the CX series will soon have been in existence in an unchanged form for 10 years. Naturally, the operating systems offered have been supplemented over the course of time: Windows XP Embedded was followed by Windows Embedded Standard 7 and Windows CE has developed from version 4 to the current version 7. The underlying hardware of the Embedded PCs has, however, always remained image-compatible and the user had a free choice of whether to keep step with these changes or not. TwinCAT automation software from Beckhoff has also been continually developed and has been loaded on the devices each time with an updated run-time.

Beckhoff will have a new generation of the Embedded PCs, for which an availability of at least 10 years is also the goal. Three devices from the new CX2000 series will be unveiled:

The first-generation CX devices will continue to be maintained and will remain available. Therefore, the new CX products represent a supplement to the Embedded PC range and not a discontinuation of older models.

The technical superiority of the new devices in each price/performance category will, however, result in a “natural” horizontal migration path (see figure 1).

An Intel® processor from the 32 nm series is installed inside the CX2000 devices: the code name of these processors is “Sandy Bridge,” but they are better known as Intel® Core™ i3, Core™ i5 and Core™ i7 processors of the second generation. Power-saving “Sandy Bridge” Celeron types are also available, which make fanless operation possible, e.g. in the base model, the CX2020. Compared with its predecessor, the CX1020 (equipped with the Intel® Celeron® 373 ULV 1.0 GHz), this new CPU will result in a processing speed increase in the real-time range of about 20 to 50 % (see fig. 2), which is useful both for PLC programs and for the number of axes as well as the cycle time in the case of Motion Control. The operating system benefits from the faster, integrated graphic core as well as faster DDR3 memory.

The CX2030 and CX2040 implement an essential new feature for CX controllers: multi-core processors. As opposed to hyperthreading technology, processors with two or four genuine hardware cores are used here. As a result, these Embedded Controllers also cover performance areas that had previously been reserved for larger, cabinet-mounted Industrial PCs.

What remains unchanged is the concept of DIN-rail-mountable hardware with a direct connection to the Beckhoff Bus Terminals, alternatively in K-Bus or EtherCAT versions. The new CX2000 devices consist of individual components which the user can order separately and assemble in the field by simply plugging them together. The housing concept has been completely revised, however, and now combines a metallic body with fronts made of special screening plastic. A controller needs at least two modules: a power supply unit, which is also responsible for connection to the I/O level in the form of Bus Terminals or EtherCAT Terminals, and a CPU module. Further components can be inserted between the power supply and the CPU or attached to the left of the CPU module (see fig. 3). 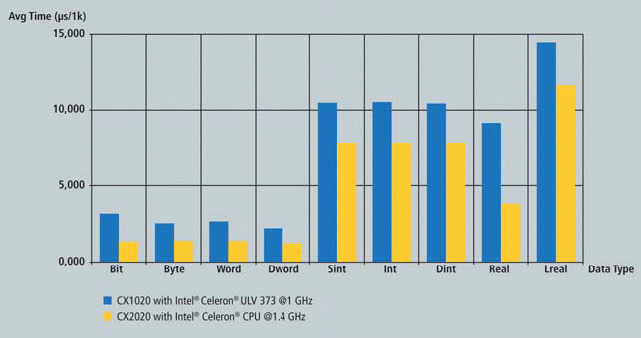 The CPU module from the new CX series always has one DVI port, four USB ports and two Ethernet ports. “Headless” devices – i.e. devices with no possibility to connect a monitor and a keyboard – are no longer provided. A factory-configurable internal slot is always present which, as a “magic interface,” can optionally perform the function of an astoundingly wide range of interfaces: fieldbus master and slave implementations are possible here, e.g. for EtherCAT (slave only), PROFINET, Ethernet/IP, PROFIBUS, CANopen and DeviceNet, as well as serial interfaces (RS232/RS422/RS485). The “magic interface” can perform precisely one of these options – if more are required, these can be performed by modules attached on the left-hand side, as described below.

PCI Express as an extension bus

The modularity of the CX2000 devices on the left-hand side is based on PCI Express as the bus system. This is an important feature of the new CX2000 devices, because PCI Express replaces the 8/16-bit ISA-Bus of the first CX generation and offers a bandwidth of 5 gigatransfers per second (GT/s) per PCIe TX/RX channel (the so-called “lanes”). The CX2000 devices make four such channels available to the left, so that each individual auxiliary module has the full bandwidth of a PCI express lane at its disposal.

This enables the connection of a wide variety of interfaces; for example, a maximum of four modules each with two independent Ethernet 1-Gbit ports can be connected. Together with the two Ethernet ports that are always present on the CPU module, this results in a maximum of 10 ports with Gigabit Ethernet. Or at least eight serial interfaces can be connected, in each case implemented in pairs as RS232 or RS422/RS485.

Although not offered by the current chipset (Intel® Series 6) in the CX2000 devices, two USB 3.0 ports (5 Gbit/s) can also be connected to each module via PCI Express.

Further optionally pluggable modules are planned for later, such as HAD interfaces (High Definition Audio) or extended, non-volatile memory (128 kB is available in the CPU as standard).

The Embedded PC unites standardized PC technology with “DIN railfriendly” features to form a flexible industrial controller. This includes both software and hardware features. On the hardware side, the devices from the CX2000 series offer support once again for the Beckhoff Bus Terminals and EtherCAT Terminals. New, however, is the automatic detection of which of the two I/O systems are in use. Whereas this was accomplished in the past by two different power supply modules, only one power supply is now necessary, which can alternatively drive either K-Bus or E-Bus. This reduces the required product variety and spare parts stock. At the same time it underlines continuity in the support of the older K-Bus technology on the part of Beckhoff even though newer EtherCAT I/O technology is showing incredible growth in popularity.

Naturally, the new CPUs – in conjunction with EtherCAT – are aimed at very high speed control by means of eXtreme Fast Control (XFC): short cycle times of less than one millisecond, coupled with oversampling or timestamp EtherCAT I/O terminals.

The CX2000 power supplies are optionally offered with support for UPS functions: maintenance-free, capacitive UPS for controlled shutdown or a longer support of several minutes by means of batteries for genuine UPS operation. Non-volatile data memory is always onboard the CPU module in the form of a 128 KB NOVRAM. This is suitable for the fail-safe storage of process data without UPS.

Conventional and new fieldbus systems (PROFIBUS, CANopen, DeviceNet, EtherCAT, PROFINET, Ethernet/IP) are supported in various ways: on one hand as a single channel in the “magic interface,” on the other as a pluggable PCI Express subassembly on the left-hand side of the CPU. EtherCAT users even have a third possibility: masters/slaves for all major industrial bus systems can be connected as EtherCAT terminals to the CX2000.

On the software side, the new CX generation also continues to exclusively support Microsoft operating systems in the form of Windows Embedded Standard 7 or Windows 8, depending upon availability. TwinCAT automation software will start in version 2.11 R3 on the devices and will offer the familiar PLC functionality as well as axis control, up to interpolating axis movements as NC I/CNC.

The multi-core capability of the new CX2000 series is naturally optimized for use with TwinCAT 3. Then not only the operating system, but also the real-time controller can be distributed to different cores, leading to parallel utilzsation of resources.

Even more energy-efficient, service-friendly and safe