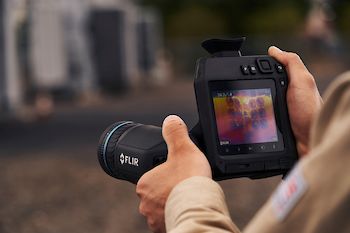 FLIR Systems has announced the FLIR T860, the latest addition to the high-performance T-Series family. This new thermal camera is the first to feature onboard Inspection Route software, ideal for streamlining inspections of critical assets, including power substation components, distribution lines, manufacturing equipment, or facility electrical and mechanical systems. By running a pre-planned route through the camera, thermal inspectors can spend less time in the field and face less hassle when creating survey reports. 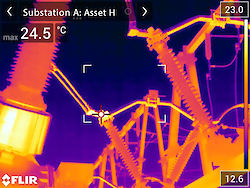 This thermal camera includes advanced measurement tools such as one-touch level/span and laser-assisted autofocus, which helps users quickly find problems and make critical decisions. It also features an onboard routing system that works with the FLIR Thermal Studio advanced reporting software to create numbered, labeled inspection routes that users can create from the camera. This system allows users to record temperature data, thermal, and visual imagery in a logical sequence for faster troubleshooting and repair.

A key feature of the T-Series product line is its ergonomic design, which reduces the strain of full-day inspections. A 180-degree rotating lens platform helps users diagnose hard-to-reach components at substations and on distribution lines. The T-Series also offers tools to optimise workflows, including Wi-Fi streaming to the FLIR Tools mobile app for Android and iOS, in-camera GPS tagging, voice annotations, and customisable work folders. 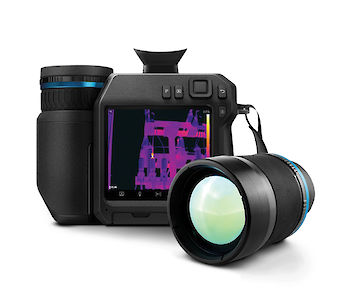