PMI figures show the damage to the manufacturing sector

The latest PMI figures show the damage caused to the manufacturing sector in March. Mike Thornton, National Head of Manufacturing at RSM, comments: 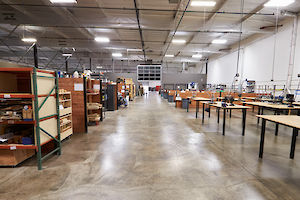 “The past three weeks have brought unprecedented challenges to many of the countries manufacturers and this is reflected in the latest Purchasing Managers Index statistics. A substantial contraction of UK manufacturing production took place in March with output falling to the greatest extent since July 2012. A score of 47.8 really is a sign of just how hard manufacturers have been hit. To add to the woes, employment figures have fallen for the 11th time in the last 12 months and this fall was the steepest since July 2009. Of course, these job losses are all linked to the lower levels of production, new orders and the impact that the virus is having.

“Only a month ago there seemed little prospect of the draconian sanctions seen in China being mirrored in the UK. However, the country is now fully mobilised in support of the NHS and most manufacturers are facing a combination of the following factors.”

“The position that manufacturers find themselves in varies drastically based on end markets. Many food manufacturers are producing at record levels for this time of year – fortunately, due to Christmas, the sector is well used to gearing up for seasonal demand. At the other end of the spectrum, manufacturers dependent on larger items of discretionary spend such as automotive have seen a major fall and in many instances have chosen to close their facilities particularly following the announcement of the government furlough scheme.”

“For those who continue to operate, the workforce is typically reduced as staff diligently follow guidance on self-isolation. Whilst social distancing and basic measures such as hand washing are being reinforced, widescale illness represents a real issue to operations. Some businesses have sought to address this by splitting shifts to force separation, perhaps also responding to reduced demand.”

“Chinese supply chains have been strained from the turn of the year, however in March European suppliers have begun to creak. Italy continued manufacturing for much of the month such that restrictions have only recently been felt but businesses are now seeing more issues which in some cases is adding weight to the argument that operations should cease for a period of time.  Latterly UK supply chains are also under strain, particularly where sourced from SMEs who have understandably decided that closing for a period might be sensible.

“Perhaps the biggest uncertainty that we now face is how long the restrictions will last and when normal life will return. Whilst the government funding is largely welcomed and encouraging the damage to the sector will be significant – we can only hope that many great UK manufacturing businesses will not be lost to this ‘once in a lifetime’ virus.”

How to boost the output of residential solar installations