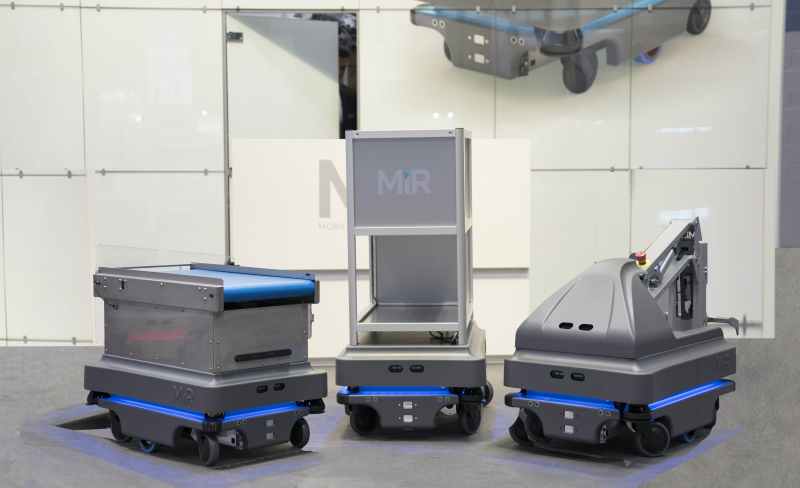 Automation specialist, RARUK Automation, will be showing the full extent of its products and systems for the processing and packaging sectors at PPMA 2017, but several areas of its stand (E20) have already been earmarked for new introductions.  Among the first to be confirmed is a new Robotiq gripper system that enhances the productivity of the company’s Universal Robot six-axis, collaborative robotic arms and a new autonomous mobile robot, designed to change the way businesses move materials inside their facilities.

For RARUK Automation; Universal Robots and Robotiq grippers and sensors provide the perfect combination for off-the-shelf, customised automation solutions.  Widening the scope of this partnership is the new Robotiq Dual Gripper, designed specifically for machine tending applications, to speed productivity and relieve employees of repetitive tasks.  Indeed, it’s even possible to fit two, Dual Grippers on the same robot to boost output even further.

When RARUK Automation launched its MiR100 robot at PPMA last year it attracted a lot of attention from manufacturers actively looking at the most cost-effective ways of automating their production.  Interestingly enough, many of the follow-up enquiries involved applications for both MiR and Universal Robots, and RARUK Automation is confident this combination will have a significant impact on its order intake throughout 2017.

Given the popularity of MiR at PPMA, RARUK Automation has naturally chosen the show as the launch platform for the next generation of this cost-effective mobile robot.  With extraordinary flexibility and smart technology, the MiR200 can be used in virtually any situation where employees are spending time pushing carts or making deliveries.  It removes the tedium, allowing staff to focus on higher value activities.

MiR200 autonomously transports a load of up to 200kg and can be customized with top modules such as bins, racks, lifts, conveyors or even a Universal Robot.  Top modules are easy and quick to change so the MiR200 can be redeployed for different tasks.  With built-in sensors and cameras and sophisticated software, the MiR200 can identify its surroundings and avoid all obstacles; there no need for expensive and inflexible wires or sensors to control navigation.

Completing the stand displays will be IEF Werner linear motion systems and MAFU disentangling systems, and RARUK Automation expects to confirm further product launches at PPMA in the coming months.