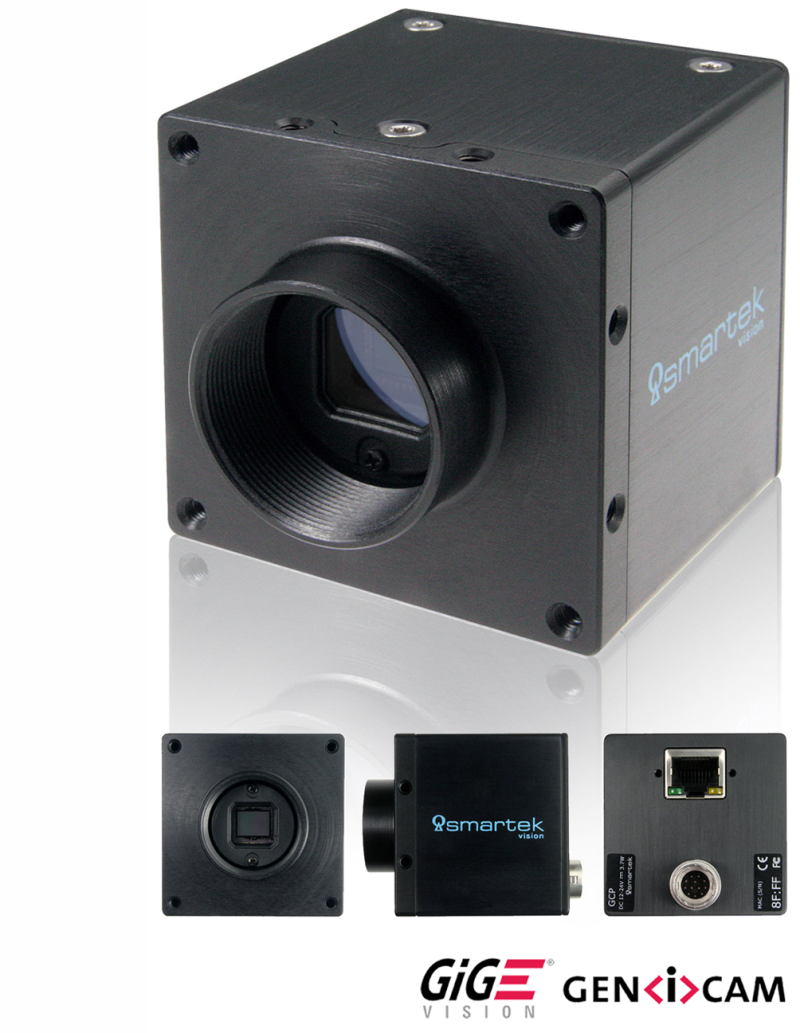 Following the recent release of GCP2061 and GCP2461 cameras from global industrial imaging manufacturers, Smartek, Scorpion Vision have announced they will now be distributing the state-of-the art cameras in the UK market.

Both cameras from the Smartek Giganetix series, use ground breaking CMOS sensors which have been developed in the last 18 months by technology giants Sony. Where once CCD sensors were the standard for consumers desiring a higher resolution camera with a global shutter, Sony’s new CMOS sensors have quickly made their mark with several benefits over CCD sensors.

Advantages include higher resolution, higher frame rate and lower cost over CCD. Along with these benefits, the new CMOS sensors mark a major development in the world of camera sensor technology through their use of a global shutter; a sensor that is 100% active in the instant the image is taken, as opposed to being active line by line; technology used in a rolling shutter. Through the use of a global shutter, Sony’s new CMOS sensors enable high-picture-quality imaging without focal distortion – a flaw previous CMOS sensors using rolling shutters were prone to.

Smartek are one of the first industrial camera manufacturers to use the latest CMOS sensors developed by Sony, the IMX250 and IMX252 and prior to that, the IMX174, a 2.4mp CMOS sensor with global shutter. These sensors offer 3.2MP and 5.1MP resolutions, respectively, at up to 37 frames per second. The sensors also have higher sensitivity and smaller pixel sizes than their predecessors. As such, the cameras can be used in a wider spectrum of lighting conditions, whilst retaining high picture quality. Both can also produce high picture quality even under near infrared light.

Director of Scorpion Vision has commented on the new Smartek cameras:

We are thrilled to announce that Scorpion Vision will be using the Smartek camera technology which use the Sony IMX250 and IMX252 sensors. CMOS sensors are the future of industrial cameras and the new Smartek cameras are among the first of their kind.

Along with their many benefits over CCD sensors, this camera technology can also be offered at a very affordable price, far more so than any CCD sensor cameras currently on the market.”

Scorpion Vision are the UK’s leading industrial imaging distributors and manufacturers and one of the main UK distributors of the Smartek Giganetix series of cameras.