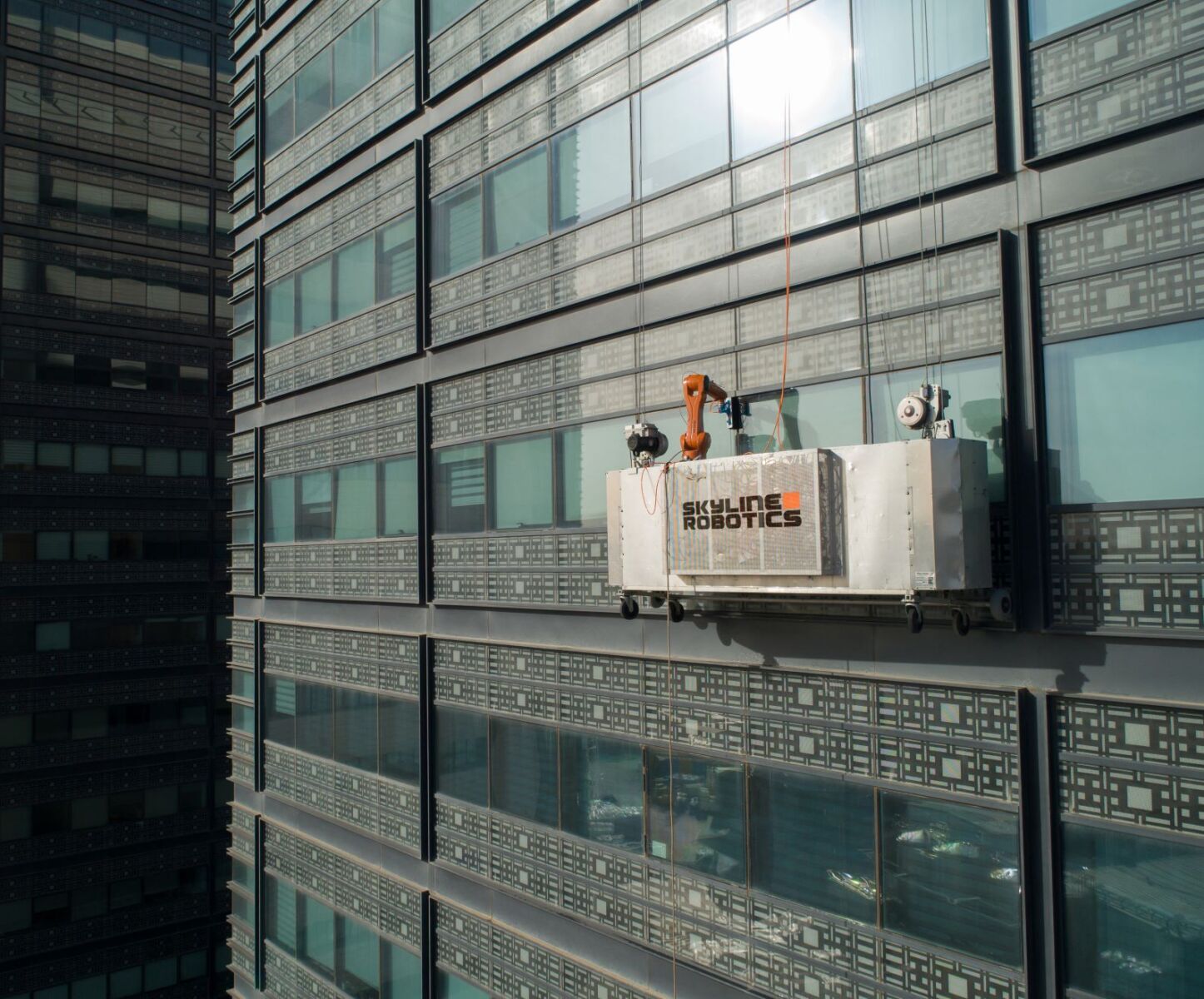 Skyline Robotics and Platinum are supplying the world’s first high-rise window-cleaning robot, Ozmo, to New York City skyscrapers.
“Facade maintenance is integral to the health and spirit of a building,” said Michael Brown, CEO & chairman, Skyline Robotics. “Automation is poised to play a key role in the future of façade access work as it will both increase efficiency and reduce risk, and this is just the beginning. We’re excited to team up with Platinum to put Ozmo to work to take our company to new heights.”

“Platinum’s commitment to driving innovation and adopting new technology is paramount to our market-leading success,” said James Halpin, CEO, Platinum. “Thus Skyline, whose DNA is based on innovation, is an ideal partner as its cutting-edge technology will help us further increase our market share and remain one step ahead of the competition.”
Skyline Robotics is disrupting the $40B window cleaning industry by offering a smarter, faster, safer, and more economical alternative to human window washers. Its Ozmo robot combines artificial intelligence, machine learning and computer vision with advanced robotics and sensors, including a state-of-the-art robotic arm designed by KUKA.

“The application puts several of the latest advancements in robotics to work in a new and exciting business sector and brings efficiency and safety to building maintenance,” said John Bubnikovich, North America chief regional officer for KUKA Robotics. “Advancements that made such a daunting task possible include on-the-fly control of the KUKA robots in terms of pressure applied during the cleaning process as well as the ability to compensate for a moving scaffolding due to weather and changing architectural building features.”

Skyline Robotics’ partnership with Platinum marks the company’s entrance into the US market. Skyline is in the commercialisation phase of the business, teaming with world-class strategic partners who will be cornerstones of the company’s distribution model.

The ultimate guide to going mobile with your HMI