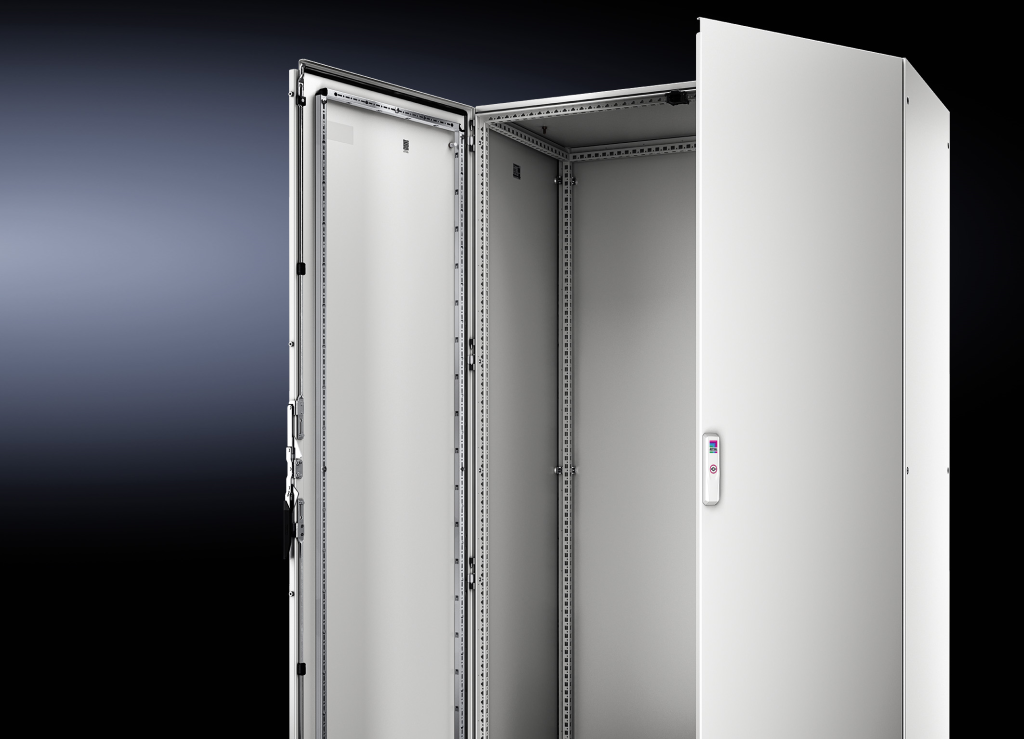 After five years’ development work, Rittal has unveiled its new VX25 large enclosure system at the 2018 Hanover Trade Fair. It is the first enclosure system from Rittal that has been fully developed to meet the requirements for increased productivity in control and switchgear manufacturing, as well as along the Industry 4.0 value chains.

With the ‘SYSTEM PERFECTION’ slogan, Rittal says its made a major innovative leap; a leap which has come from its depth of experience, along with intensive customer feedback and involvement.

The VX25 offers the highest possible quality and consistency of data, reduced complexity and savings in time, as well as safe assembly. More than 25 registered patent and trademark applications demonstrate the high level of innovation that was involved.

How can the best be made even better? This is the question that Rittal asked itself as it began developing a new enclosure system.

“The market needs an enclosure that cuts throughput times in engineering and assembly, reduces complexity and that finds a place for itself as a full-grown module in the megatrend of digitisation,” said Dr Thomas Steffen, Managing Director Research and Development at Rittal.

He added that: “The new Rittal large enclosure has now become 100 percent Industry 4.0-capable. With the combination of a real enclosure and its digital twin, the new development will meet every future digitization need – from online configuration and engineering to assembly, as well as automation, logistics and maintenance.” 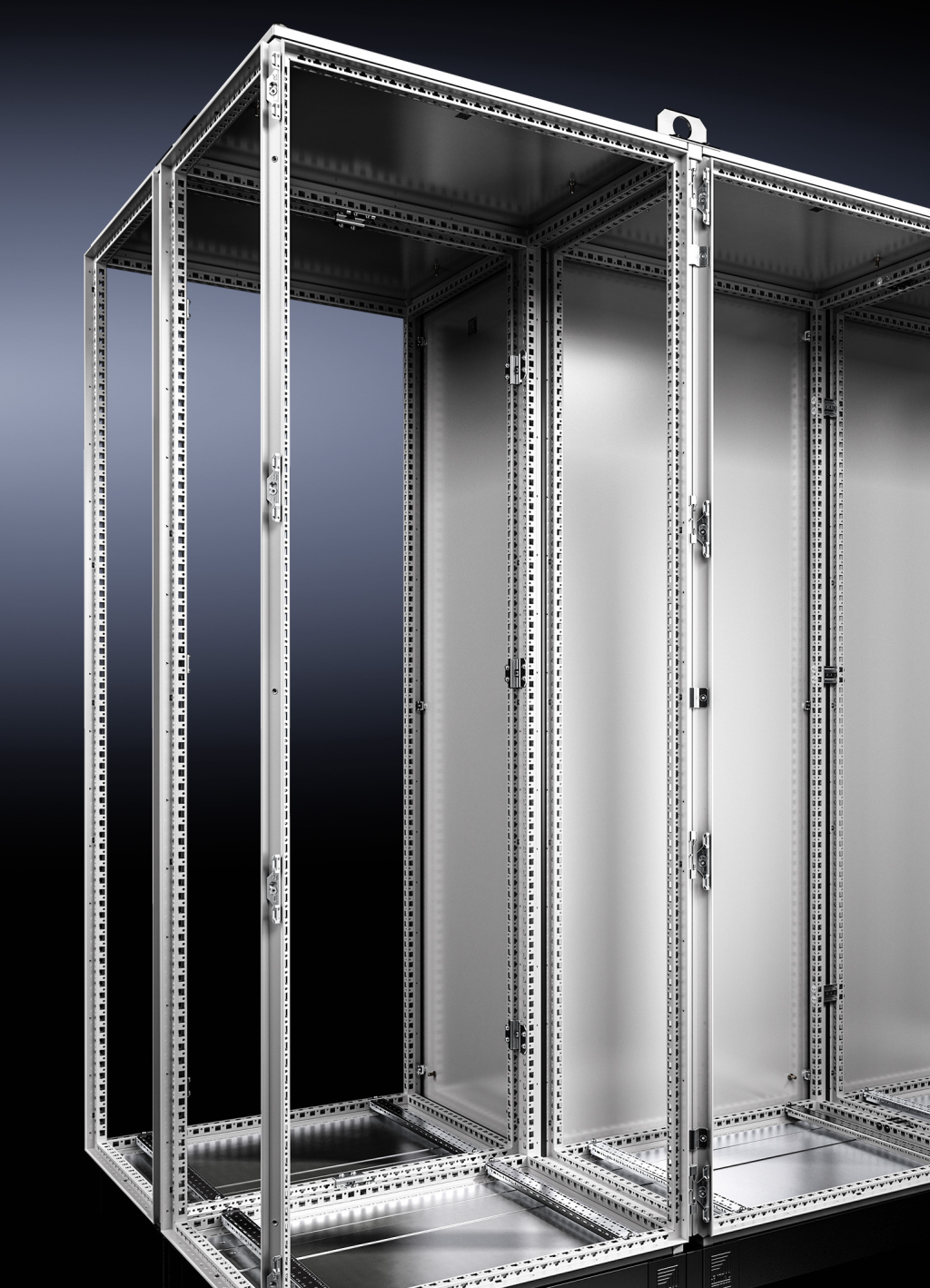 Intensive dialogue with Rittal customers was a crucial factor in the development of the new large enclosure system.

During a large-scale, scientifically based, usability study, researchers used words, images and moving film to document the everyday working life of control and switchgear manufacturers, covering ten companies in Germany, eight in the USA and six in China, including small, medium-sized and large companies.

“This user analysis was an eye-opener. In some cases, we spotted problems that the customers themselves hadn’t yet identified,” said Dr Steffen.

As a result, 150 systematically recorded and specific requirements for a new enclosure emerged, providing developers and product managers with a robust guide for the actual development work.

Rittal supplemented its findings with those of the customer advisory council (who were also involved).  Later, during the development phase, Rittal did not omit one single, essential point.

The result was the new VX25 large enclosure system.

The name VX25 stands for three elements: the versatility of options; the fulfilment of “x” customer requirements; and for its perfect symmetry through a consistent 25mm pitch pattern.

“What is new is that no enclosure system has ever been previously developed so consistently and systematically to ensure maximum customer benefit. The VX25 matches the way the control and switchgear manufacturer thinks and works – both in functions and processes,” says Dr Steffen.

Customer benefits across the entire value chain of control and switchgear manufacturing can be summarised in three key points: maximum data quality and a constant supply of data; reduced complexity and savings in time; as well as safe assembly.

Patents: A high degree of innovation

The heart of the innovation is the newly developed frame section. This determines the installation space, the efficiency in engineering and assembly, the expansion options, the stability and thus the reliability and flexibility in the customer’s workshop.

There were more than 25 registered patent and trademark applications, which demonstrate the high level of innovation in the VX25. 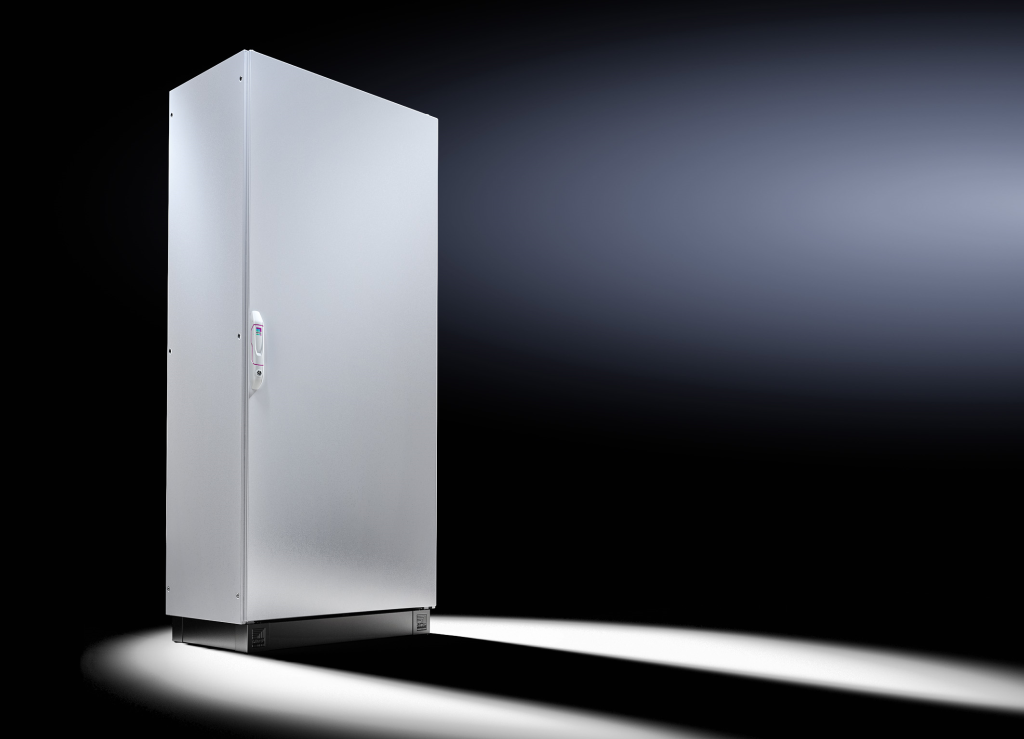 It has invested in new state-of-the-art production facilities to manufacture the new frame section of the VX25.

New and fully automatic profiling systems and volume production lines, with a total of 31 welding and handling robots, are witness to the focus on top quality combined with precision and stability.

The result is that the frame section of the VX25, which has a consistent 25mm pitch pattern, is clearly more stable than its TS 8 predecessor although the weight is the same.