Tackling the major issues for the food industry 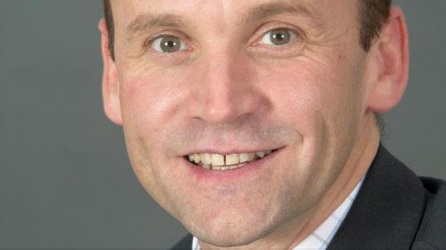 The Appetite for Engineering (A4E) event that took place in September 2013 was one of the major events of the year for those working for food and beverage manufacturers with responsibility for investing in automation, engineering, production and skills.

The one day event, which featured speakers from the food industry sharing their expertise and outlook for the future, had three key themes that it focused upon – integrity, efficiency and responsibility in food manufacturing. A number of panel debates allowed delegates to get involved with discussions and network with other key industry members, in addition to discovering new ways to profit, stay ahead of competition and gain insight into how top brands have improved their productivity and efficiency through innovation, automation and skills. Here, Andy Macpherson, industry sector manager, Food & Beverage, for supplier of pneumatic and electrical automation technology and sponsor of the event, Festo, reflects on the relevance of this years’ A4E and looks forward to 2014.

“One area of good news for machine builders and food manufacturers that was discussed at the 2013 event was the move forward in legislation, specifically the Groceries Code Adjudicator Act, which became law on June 25th 2013 and should guarantee the awarding of longer contracts to suppliers from supermarkets. An endemic problem in the industry is that as supermarkets only agree to very short term contracts, or change contracts regularly, machine builders and food manufacturers do not have the confidence to invest in new technology that will produce long term benefits but may require significant investment up front in the short term.

“This new government legislation will have a positive influence on food automation, as it will provide the supply chain with unprecedented protection from the power of the supermarkets. The Act’s adjudicator, Christine Tacon, was a keynote speaker at the conference and outlined her role and the benefits this has for the UK’s food processors. Her recognition of the issue that suppliers are facing and how it affected the technology suppliers was refreshing and gave hope for a positive change as someone within high authority has got a grasp on the seriousness of the issue.

“A second major theme of A4E was efficiency and this session allowed attendees to learn from their peers how they successfully deal with traditional food manufacturing issues and look to other manufacturing industries to see how their example can help improve your engineering efficiency and productivity. It was great to see that there was a huge importance placed on automation and robotics. However, what really impressed me is that there was a genuine understanding at the event of how both these factors had to be fit for purpose. It is frustrating that the general perception of automation and robotics is in the general public’s mind and (unfortunately in too many people who work in the food industry) that everything has to be like a car manufacturing production line with lots of highly expensive and incredibly complex robots all acting in unison to produce a high-spec car. For the food industry automation and robotics needn’t be expensive or complex and when I think of the ‘off the shelf’ handling solutions from Festo, these are great examples of products which allow machine builders to provide end users with an easy way to get product on and off the system. These sentiments were summed up by the session’s panel debate on ‘How will technology transform tomorrow’s engineering process?’

“The final major theme of the event was responsibility and as it’s widely accepted that we are facing a skills shortage in the UK, it’s clear that action needs to be taken. The focus on this theme at A4E sought to help delegates to discover how their company can contribute to improving this critical aspect of the industry’s future success. One session focused on talent recruitment and its role in future-proofing our industry, profiling the work being undertaken by The National Skills Academy for Food & Drink with its partners to address the challenge of creating attractive recruitment and development routes into food engineering, particularly for young people. An open forum also gave delegates the opportunity to discuss talent management issues and how this affects consumer confidence and successful engineering processes.

“This topic has links to the long term investment issues which were touched on above. In order to fully realise the benefits which greater automation can bring, food manufacturers need skilled employees that know how to work with this type of technology. Again, short term thinking and planning across the industry doesn’t facilitate the training and education of the next generation of engineers and the responsibility falls on everyone within the industry to do everything they can to draw young people in. Festo sponsors the training award at A4E as well as being involved with the establishing of the Food Engineering degree at Sheffield Hallam University and undertakes many other separate initiatives to promote engineering to young people, but this desire needs to become part of the industry’s culture and by highlighting successes at A4E the issue was raised before an influential audience.

“The 2013 A4E event was thought provoking and, due to the high level, independent nature of the keynote speakers it didn’t pull any punches in touching on the most important issues which concern people in all areas of the food manufacturing industry. As such, I feel that it has become the UK’s most important forum and a neutral platform upon which all members of the supply chain can air their views and work together to produce a solution which is mindful of the interests and thoughts of all those involved. I am already looking forward to seeing who will be leading the program in 2014.”