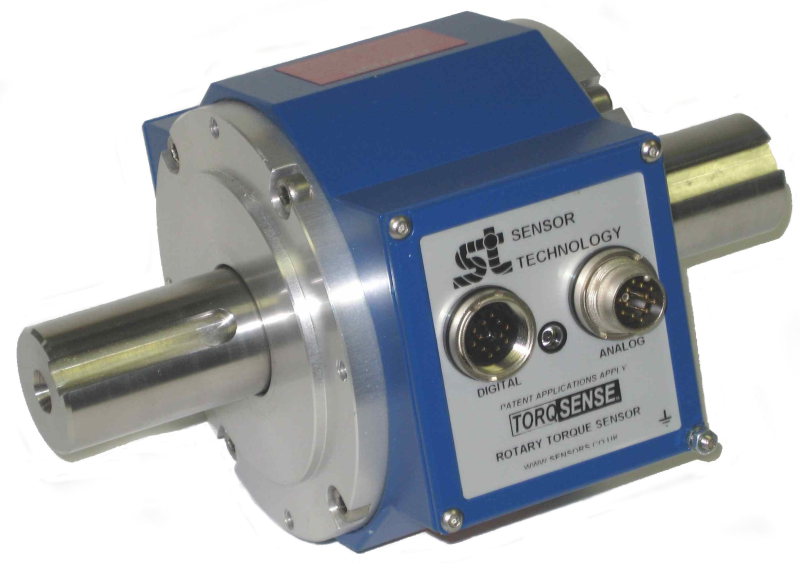 Safety equipment such as fall arrestors must work perfectly every time they are called into action, so they must be made to the highest standards of manufacture, tested and certified. Only then will users have confidence wearing them.

Global market leader Latchways plc of Devizes has developed two different test rigs as part of its rigorous and always developing programme to confirm the quality of its products. Both rigs use TorqSense transducers from Sensor Technology in Banbury as the main means of measuring the critical test parameters.

Worldwide, people work safely at height, thanks to Latchways’ ManSafe fall protection systems and access solutions. Latchways’ ManSafe solutions are used in sectors as diverse as aerospace, power distribution and utilities, telecommunications, roofing, construction and building maintenance. ManSafe systems can work horizontally, vertically, along inclines and overhead, and can be installed permanently or temporarily. 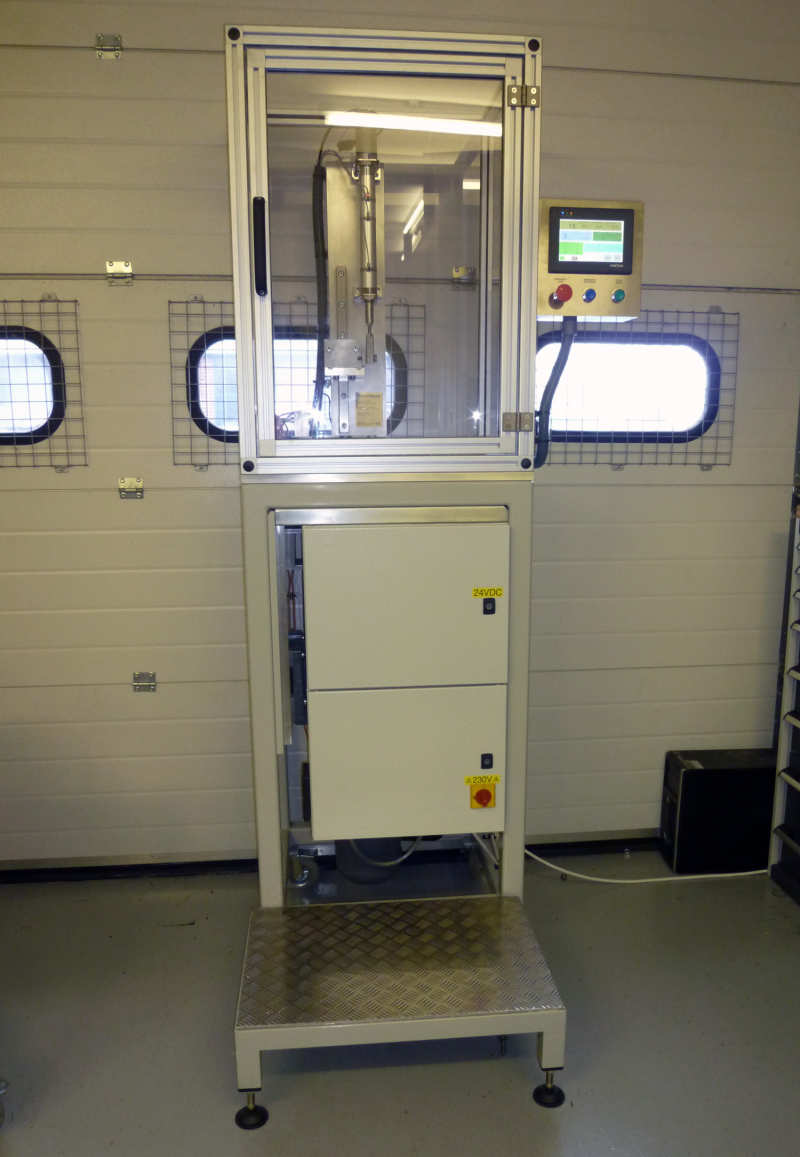 The key to such versatility lies in Latchways’ deep understanding of load control and its patented Transfastener and constant force technologies.

The first, and larger, test rig is called the Personal Rescue Device Brake Test Machine. This is used as an integral part of the manufacturing process and is designed to test the braking operation of the chassis, main gear and drum subassembly of the arrestor, prior to application of the rope.

The machine simulates optimum descent conditions by revolving the drum at 120rpm, which equates to a typical descent speed of 1m/s. The effectiveness of the brake operation is assessed using an in-line TorqSense torque transducer, which measures the resistance to rotation – due to braking – of the assembly. Average torque is measured over a 10-second test period and ‘pass’ stickers are automatically printed only if the torque falls within preset minimum and maximum torque limits.

The other test rig is referred to as the torque testing machine for the tolerance ring assembly of self-retracting lifelines (SRLs). The purpose of this machine is to test the torque when the pawl housing is rotated, relative to the drum and tolerance ring subassembly, in order to confirm the integrity of the build.

The machine holds the pawl housing stationary while a high torque motor (500Nm) drives the drum through 122 degrees of rotation at an angular speed of one revolution per minute. A TorqSense transducer is used to measure the torque during this operation. 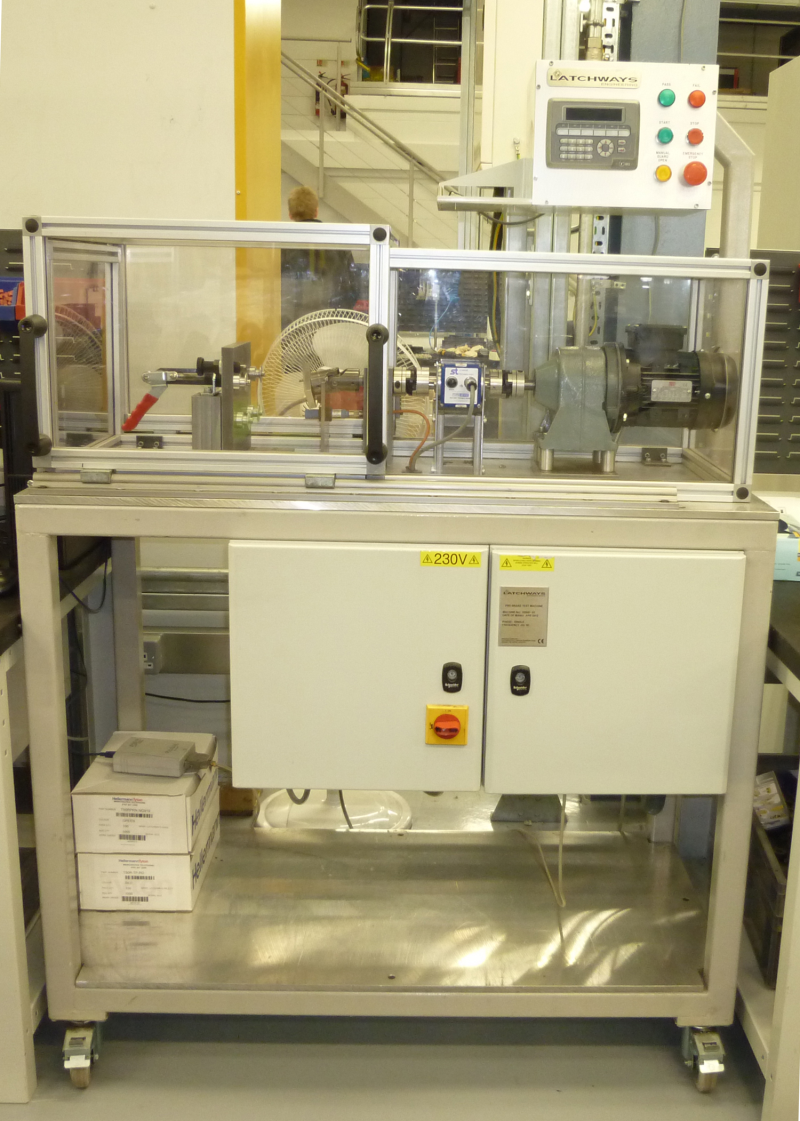 An adjustable torque pass/fail criteria is incorporated into its programmable logic controller software, so that it is adaptable for different models and sizes of SRL. It is also possible to change test angle and speed as well as the upper and lower data measurement limits.

The machine can also give a graphical representation of the torque results, using TorqSense’s TorqView software.

TorqSense is an easy-to-use, non-contact sensor. Normally, to measure torque, delicate slip rings have to be used between the rotating shaft and the stationary sensor. However, TorqSense does not require this; instead, it is simply mounted close to the test piece and takes its reading via a radio frequency signal, which it bounces off the shaft. The returning signal has its frequency changed in proportion to the torque, due to a pair of tiny piezoelectric combs glued onto the shaft, which distort, due to the rotation of the shaft.

This concept was invented and patented by Sensor Technology, and is an established favourite in many fields including test and evaluation, and research and development, where the rapid changeover of test pieces is not hampered by the need to reset slip rings. This ease and speed of use is particularly appreciated in environments like Latchways, where test is an integral part of manufacture rather than a separate function.