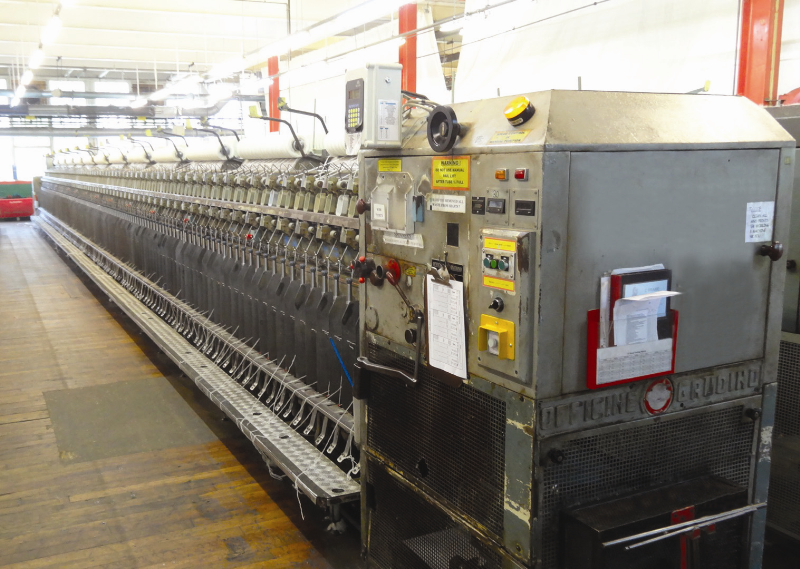 A specialist manufacturer of yarn for sports equipment is saving £18,000 a year on energy costs with the installation of variable-speed drives (VSDs) from ABB.

The company, based in Gloucestershire, manufactures cloth for billiard and snooker tables, as well as cloth for many well-known tennis ball brands such as Slazenger and Dunlop.

A critical part of the process is the spinning machines, which take wool slubbing and form it into a continuous yarn ready for processing. The problem with these machines is their speed control system. The motor runs at full power constantly, with the speed of the spinning machine controlled via a system of variable diameter pulleys (Variator). As well as being inefficient, the system suffers a high number of mechanical failures and spare parts are increasingly difficult to find.

Alan Harnden, technical manager for WSP, said: “We wanted to get rid of the variator system, as we were suffering breakdowns once a fortnight. This entailed a major strip down to get these pulleys out, taking two men up to one day. We were also losing a lot of production time. The spinning machines feed other machines downstream, which affected production volumes. As we are a 24/7 operation, these breakdowns were very disruptive.”

The company also had to have certain parts specially made, adding to the cost.

WSP researched VSDs as an alternative method of speed control: “Essentially we had two options – get VSDs or get a new spinning machine. These machines are very expensive, so buying a new one was not really viable.”

Harnden wanted a fit and forget solution. “The ABB general purpose drive, ACS550, fitted into our old control panel and we could pick up the original signals. The VSD just slotted in, making it very easy and quick to connect up –other vendors’ solution simply would not fit the panels we had. This would have required extra expense and time as new panels would take a week to fit, while the ABB drive was fitted in two days.”

WSP asked ABB authorised value provider, APDS, to provide a solution. “We chose APDS because they are a local supplier, are very competitive and could supply a product that fitted our needs. We have found their customer service excellent. They are very customer focused and know what engineers need.”

Alan Jones of APDS said: “We selected an ABB high efficiency motor with an ACS550 IP21 drive. WSP fitted the VSD itself, with commissioning support from ourselves. Following the first project, three more machines have been converted to VSD operation, with WSP carrying out all commissioning.”

Said Harnden: “There have been some energy savings but the biggest benefit for us is that there is no down time since the VSD was installed. We have had no need to think about them and no spare parts are needed.”

The company is achieving better production quality as the ability to vary the speed allows then to adjust the tension of the yarn, giving a more controllable stop. This is gentler to yarn and avoids the tangling of the yarn that occurred on the previous method.

Added Harnden: “VSDs have definitely come into their own and we would now fit them in place of a gearbox solution every time.”

Fitting a Torque Limiting – why bother?

”One VLT for all motors” now includes synchronous reluctance