The Danish pioneer of collaborative robots has created a new, smaller robot for light assembly tasks and automated workbench scenarios 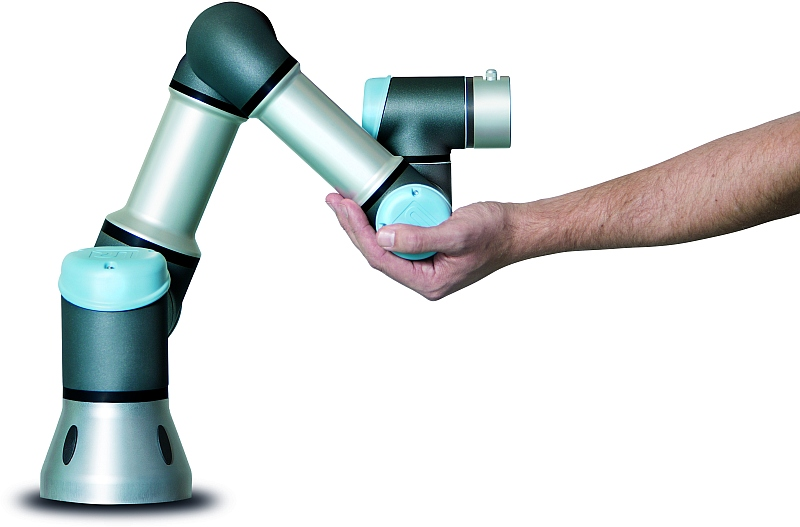 Industries worldwide have embraced the collaborative benefits of the user-friendly UR5 and UR10 robots that feature an excellent price-performance ratio and can work adjacent to people with no safety guarding. With the new UR3 robot, Universal Robots brings this concept to the table: the new UR3 compact six-axis table-top robot weighs only 11kg (24.3lbs), but has a payload of 3kg (6.6lbs), 360-degree rotation on all wrist joints and infinite rotation on the end joint. According to the company, these features make the UR3 the most versatile, lightweight, table-top robot to work side-by-side with employees in the market today.

CTO and co-founder of Universal Robots, Esben Oestergaard, led the three-year development phase of the new addition to the UR robot family. He says: “With the UR3, table-top automation is easy, safe and flexible; a single worker can accomplish what traditionally would be a two-person task by having the UR3 robot as a third-hand helper. It is an ideal choice for applications that require six-axis capabilities where size, safety and costs are critical.

“UR3 is an optimal assistant in assembly, polish, glue and screw applications requiring uniform product quality. Our new robot can also be used in a separate workstation mounted on the table, picking, assembling and placing parts in optimised production flows. Because of its compact form and easy programming, it is easy to switch it between tasks to meet agile manufacturing needs, making total cost of ownership low and payback period fast.”

Oestergaard continues: “A big demand driver will be automating production in confined environments. With the UR3, we can now fit a six-axis robot into more assembly and manufacturing lines where erecting large safety enclosures would not be feasible. The UR3 is ideal for relieving employees from working in environments with toxic or hazardous materials, and that scenario will also drive the adoption of UR3 robots.”

UR3 has 15 advanced, adjustable safety settings. One of these is the force sensing that enables the UR3 to limit the forces at contact if the robot collides with an employee. The new robot has a default force sensing of 150N but can be set to stop if it encounters a force as low as 50N in its route.

By combining UR’s easy programming technology with infinite rotation and improved force control, the UR3 can be an expert craftsman. The robot can pick up screws, mount and tighten them applying the correct torque. In gluing applications the UR3 can dose exactly the same amount of glue with constant and steady pressure along a narrowly defined path. 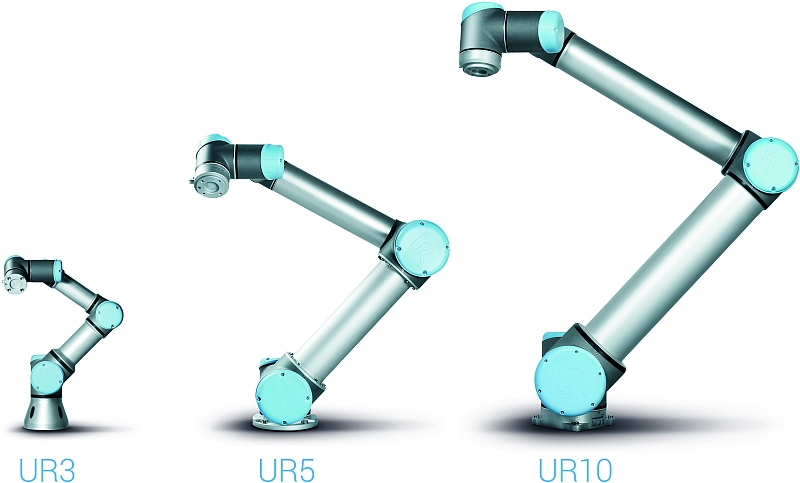 The UR3 (pictured on the left) features the same 0.1mm repeatability as the UR5 (centre) and UR10 (right) robots and can follow the outline of a surface – such as the aluminium edge around a smartphone – by ‘feel’ rather than through the programming of precise movements and coordinates, which otherwise would require more than 100 data points programmed into the application. 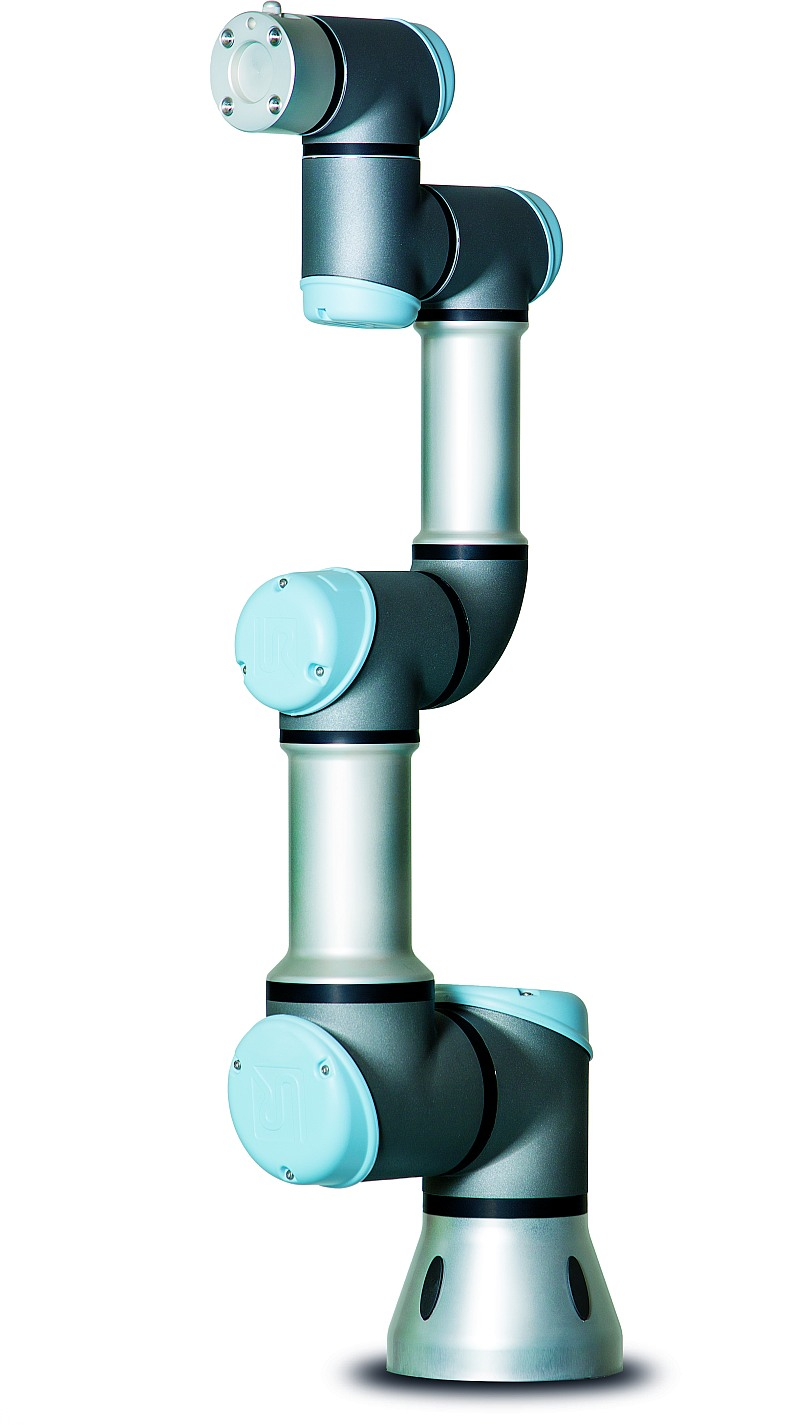 Oestergaard says: “With the UR5 and UR10 robots, we see end users integrating our robot arms in applications and industries that we did not initially expect. I am sure we will be equally surprised to witness the adaptation of the UR3 into new scenarios where robots have not ventured before.”

Dan Kara, Practice Director for Robotics, Automation and Intelligent Systems at ABI Research, notes: “Universal Robots has a well-deserved reputation for producing reliable industrial robotic arms that can be easily programmed to work safely and co-operatively with humans. With the introduction of the UR3, Universal is expanding the range of applications for their unique technology, as well as the number and types of business that can immediately benefit from robotic assembly and manufacturing automation. By doing so, the company has also greatly increased the scope of their own addressable markets. Everyone benefits.”

More information on the UR3 compact six-axis table-top robot can be found at www.universal-robots.com. 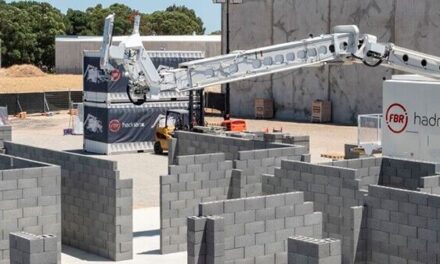