The five P’s of maintenance shut down 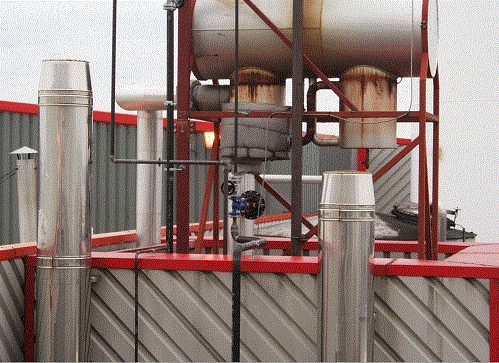 When planning routine maintenance shutdowns of thermal fluid systems, plant engineers should prepare for a smooth procedure without incident. It pays to remember that ‘prior preparation prevents poor performance’, according to Barnaby Vickers MChem of Global Heat Transfer.

Do you remember the campaign to make St George’s Day into a national holiday back at the start of the last decade? It resurfaces every few years, proving that in the UK we have a deep respect for the period in Greek history, about 300AD, during which our patron saint served in the Roman army. Either that or the English will take any chance to get our barbecues out and enjoy the warm beer we are famous for around the world.

One manufacturing boss gave all his staff the day off work, as part of the call for UK Government to introduce the extra day’s holiday. You can either believe that the company in question was incredibly generous, or simply recognise that they chose the dates of their planned shutdown to maximise their publicity. The plan worked as the story was covered in most of the national news media and the firm completed its planned maintenance on the day scheduled. However, with regard to heat transfer fluid and equipment, planning maintenance isn’t as simple as publicity tricks.

Routine maintenance shutdowns of thermal fluid systems involve a staged process before, during and after the operation to reduce the amount of idle time incurred in the plant. Some jobs need to be organised well in advance to get the right equipment in place, as well as replacement components. This allows each task to be run more efficiently and avoids having to shut the plant down more than once.

Three months prior to shutdown, plant engineers should check pressure relief valve tags and certificates for when they are due for testing. If the test is due within a twelve month period of the next planned shutdown, arrangements should be made for testing or replacing. The system will need to be partially drained for this to be carried out.  During the shutdown, the valve can be tested, tagged and the certificate retained.

A full check of the thermal fluid system should be carried out. They should look for slow leaks where there are joints in the pipework and consider fitting spray guards to prevent splashes from high pressure leaks.

The areas that should be checked for leaks include valves, gaskets, pressure gauges, pumps and so on. Furthermore, this will enable the correct replacements to be ordered in good time. Plant engineers may need to consider arranging for the system to be drained for these repairs, and therefore aim for this to coincide with the routine shutdown.

One month prior to shutdown, arrangements should be made for thermal fluid to top up the system. For many companies this is the only planned shutdown for the year and the only time the thermal fluid is cooled to an ambient temperature. Once cooled, thermal fluid can reduce its volume by up to 30% (dependant on fluid type) from its hot volume, taking the system off the low level and requiring topping up.

At this stage, if not before, plant engineers may want to notify their maintenance contractors that work is being carried out on the system, and that assistance will be required to drain, flush and refill it, or to supply fluid.

During the main shutdown, the header tank should be checked for cleanliness when the system is drained and plant engineers may need to be prepared for urgent cleaning of the header tank to remove residues that may have built up. High and low level fluid sensors also need to be checked, as well as pipework for correct working flow.

Dump and overflow tanks need to be checked for their contents and arrangements made for them to be drained. Plant engineers should also inspect strainers and clean filters if fitted. If no filters are fitted, they should consider refitting them after any work on the system has been carried out to protect the pumps. After running the system cold for a few hours, the filter can then be removed and the system can run as normal.

The expansion tank is critical to the operation of the system. Its main purpose is to allow a place for the heat transfer fluid to expand into when heated, and a source to draw fluid away from to keep the system full when cooled. It also has a built in reserve tank in case there is a small leak as it keeps the system full.

It is important therefore to monitor the level in the expansion tank. If the level drops from its normal operating position, it may mean that a leak has developed somewhere in the system. Some general rules of thumb are to fill the expansion tank up to low level when the system is cold and then top up the system between 1-500 litres (depending on system size) to give the system a “head” of oil.

Global Heat Transfer recommends that the temperature of the expansion tank should be less than 60 degrees centigrade to prevent oxidation by the air inside the tank. To reach this temperature, a nitrogen blanket could be installed on the head of the tank to remove any oxygen molecules and prevent oxidation.

The timescale for a drain down would depend on the system volume, and the maintenance provider should aim to complete a drain down within a half day or a full day for a large system. This would include time taken for the replacement of valves and a refill of the system.

Draining the system can be rather messy and time consuming, but by shutting down the heater and letting the pump continue to circulate the fluid through the system, the fluid can be cooled to a safe temperature for draining. A separate pump and not the system’s pumps are required to drain the fluid into drums, an IBC or a tanker. 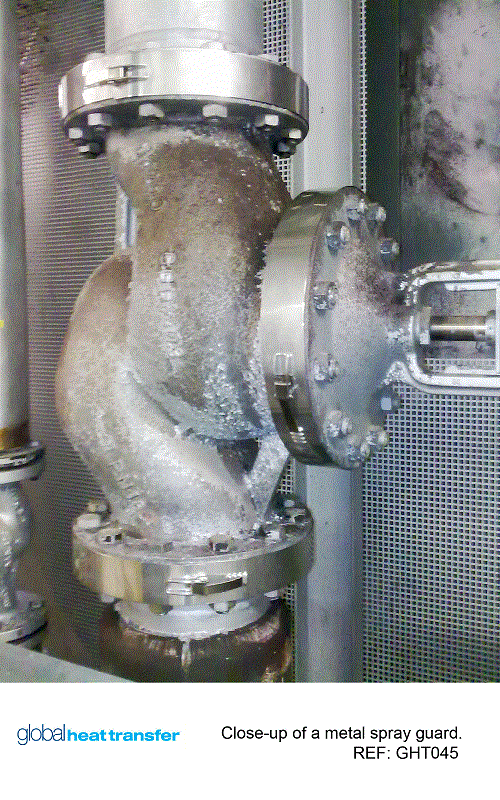 The system will drain faster if the oil is still warm as the viscosity will be lower and this has the added benefit of removing most of the sludge and loose particles from the system. Caked on or carbonised material will not be removed. To do this, the system should be cleaned with a proprietary cleaner and flushing fluid. For example, the Globaltherm C1 thermal fluid detergent allows a unique combination of flushing and cleaning. This dual action power works to rid heat transfer systems of potentially harmful contaminants, such as old or oxidised residual fluids, carbon deposits, loose debris, water and volatile light ends.

Refilling the system also requires the use of a separate pump to draw new fluid from a container, making sure that all drains and vents are closed and resetting all the valves to the same positions as previously recorded. The system pump can subsequently be started without applying heat yet, allowing the fluid to circulate and any air pockets to be removed.

Once the system is circulating at the proper level in the expansion tank, heat can be applied in 15 degree increments until the heat transfer fluid reaches 105 degrees centigrade. If the primary pump starts to cavitate, there is water in the system and increasing the temperature to 115 degrees will boil off the water. This could take anywhere between a few hours and a number of days. Alternatively, if a Light Ends Removal Kits (LERK) is installed, it can be used to remove H2O more efficiently.

After all signs of water in the system have gone, the heat may be turned up to 125 degrees and gradually increased in steps to 140 degrees. Having established that there is no water present, a nitrogen feed can be re-instated. Only after these measures have been taken is it safe to turn the heater up to normal operating temperature.

Following shutdown, engineers should replace any lagging or jackets that may have been disturbed and replace any used spill kit, taking care to dispose of any waste fluid meticulously, and to replace any stocks of thermal fluid used. Spill kits are used in an emergency and require the use of personal protective equipment (PPE), irrespective of the size or nature of the spill.

Absorbent socks are the most important item in a spill kit, and are used to form a temporary bund or dam to contain fluid. Pillows are also used to stem fluid flow in a confined area, or as an ad-hoc drain blocker. Final absorption of a spill should be carried out using pads once containment is complete. They should be left in contact with the fluid for about two to three minutes or until saturated, and will hold about a litre of fluid depending on viscosity. Used absorbent material should be disposed of by an approved waste disposal contractor or by Global Heat Transfer.

Ultimately, if you remember the five P’s of maintenance shutdowns – that ‘prior preparation prevents poor performance’ this very complex process will become manageable. You may even find that there is no need to pull a St George’s themed publicity stunt, because shutdown will become so routine and seamless that the interruption becomes a productive part of the process. Good planning will save the potentially huge costs of downtime and, in the long term, reduce your maintenance bills. Now there’s something to thank St George for.

Siemens to take on 160 new apprentices in the UK