The Internet of Things and Manufacturing: What are the Key Applications? 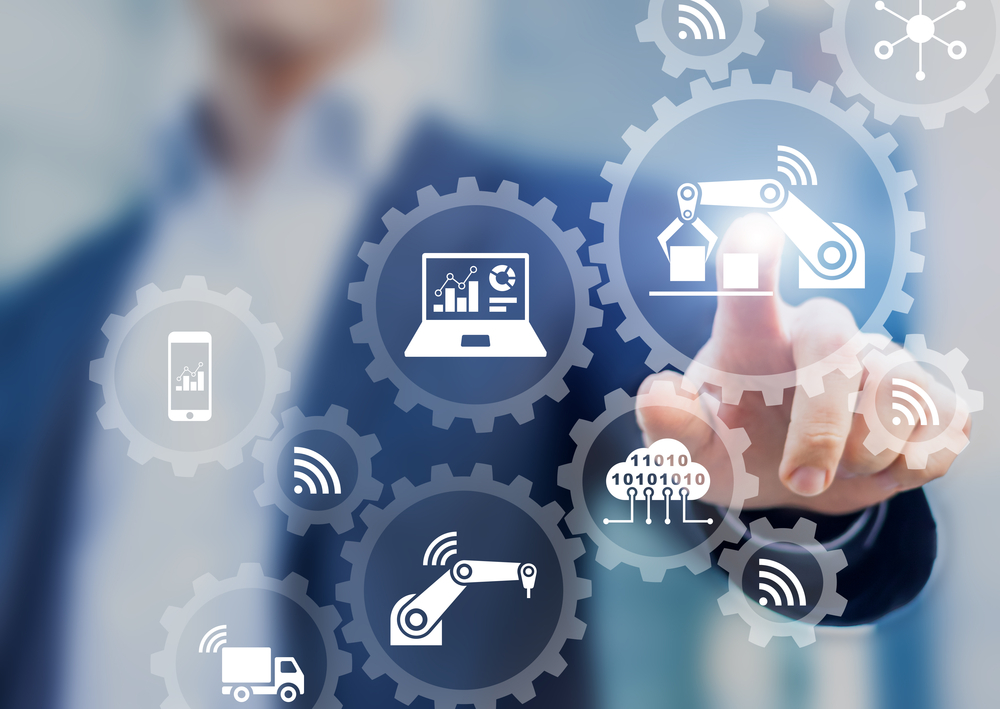 Across the UK and around the world, both technology experts and the media have focused a great deal of attention on the Internet of Things (IoT). Some marvel at its ability to make the lives of consumers easier. Others worry that an increasingly digitally automised world will no longer need as many jobs in manufacturing and other sectors.

But the reality is somewhat different. Developments such as IoT are not designed to replace the working man and woman, but rather to support them, and to achieve enhanced efficiency, safety, and productivity in the sector.

In fact, IoT is one of the more talked about, but least understood, trends in modern manufacturing. It could be argued that manufacturing leads the way in terms of IoT applications, and has embraced IoT technology and advances faster than any other sector. Use of IoT has helped thousands of companies improve their competitive advantage while providing a huge boost to productivity.

What Is the Internet of Things

IBM defines IoT as “the concept of connecting any device (so long as it has an on/off switch) to the Internet and to other connected devices. The IoT is a giant network of connected things and people – all of which collect and share data about the way they are used and about the environment around them.”

This general definition covers a global marketplace of increasingly interconnected devices designed to save time, money, and effort.

The Manufacturing Sector’s Embrace of IoT

In 2016, the manufacturing industry spent over $178 billion on IoT technology, which was more than twice the amount spent by the second largest sector, transportation. Despite the media focus on home and consumer applications, industry has embraced IoT to a far greater extent.

Companies use IoT for a variety of specialised purposes. Over three-quarters of companies who have invested in IoT claim that it has helped to develop their insight into market trends and tendencies, while two-thirds say it has served as a critical factor in expanding competitive advantage, according to US telecommunications firm, Verizon.

IoT’s most obvious applications in manufacturing are in the manufacturing plant itself, with sensors and devices that monitor the production process, safety, and other issues. However, there are other applications which also help to support manufacturers, for example, in warehousing. Mail order companies, such as Amazon, utilise massive warehouse distribution centres and have worked with IoT technology to increase efficiency for years. Manufacturing is benefiting from the same technology when it comes to product storage and distribution.

One of the basic functions of IoT in any application lies in the harvesting, categorising, analysis, and application of data. Data well used can help businesses react more precisely and with more flexibility to market changes. Over one-third of manufacturers have already implemented IoT systems for data collection.

IoT based devices can create efficiency through monitoring production lines as well. Sensors can keep track of both human and machine productivity shifts, allowing managers to devise strategies to maximise productivity or identify problems. Those problems could relate to either machines functioning improperly or to employee issues. Data collected from monitors can also help companies figure out the most effective manner in which to organise production.

Data collected from IoT devices can also help to improve quality control, ensuring that less time and cost goes into identifying and correcting quality issues. Those savings relate directly to increased productivity, which should lead in the end to increased profit.

More efficient operation equals time and money saved. Those who do not apply IoT technologies risk losing valuable ground on competitors. Costs for those not using IoT will only increase over time as competitors grow more efficient and productive. Companies have found that by using IoT, they reduce costs, increase quality, and improve delivery time to market.

Basic Applications Can Save Time and Money

Some companies have found significant savings in using IoT for even mundane tasks. Large scale operations require the storage of tools and other equipment in areas that can be difficult to navigate.

Remote Monitoring and Sharing of Information

Large scale manufacturers are often world-spanning organisations that have vital facilities all over the world. A global manufacturer with a home base in London, for example, may have operations in locations such as Los Angeles and Sydney, in addition to their domestic operations. If fully connected, managers in the company headquarters can monitor production everywhere in real time. Manufacturers who assemble different components in different locations can benefit from this real-time information sharing and can plan more effectively for logistical and other needs. 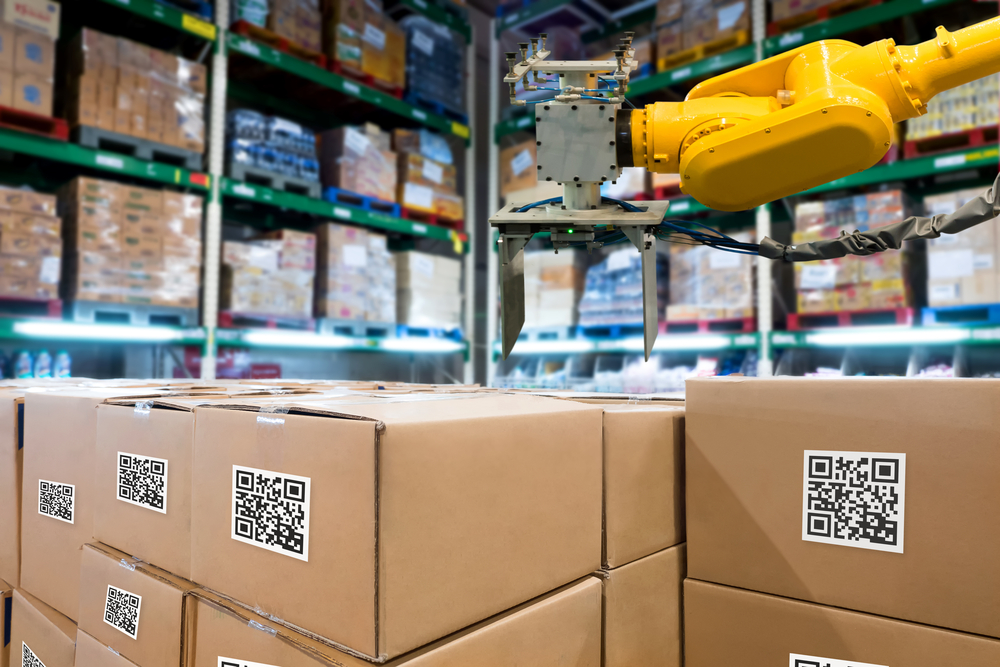 IoT-based technology can place sensors and other devices into essential equipment to monitor performance over time. If programmed properly, IoT devices can compare performance data over time and predict maintenance needs or even provide warnings of impending breakdowns. Preventative maintenance can save days or even weeks in lost production through averting major equipment malfunctions.

These sensors and devices can also enhance worker safety. Machine malfunctions alone can create conditions that harm workers. Sensors can detect when workers are using machinery improperly and alert supervisors. They can detect the presence of unwanted liquids, gases, radiation, or other issues that can harm the health and safety of employees.

Best of all, IoT technology can include fail-safes that can shut down affected equipment if necessary. When seconds can make the difference between safety and injury, automatic shutoffs (as opposed to waiting for human reaction) can save lives and prevent property damage.

Will the IoT Bring an Economy That Needs Fewer Jobs?

One of the main criticisms of adopting the IoT lies in a perceived threat to jobs, especially in the UK and other industrialised nations.

History shows that the adoption of labour saving technology actually increases the number of jobs overall in manufacturing. When companies can save money and time in one sector, they usually invest the added capital into operational expansion. Experts have pointed out that the impact of the Second Industrial Revolution, for example, brought exponentially more jobs to manufacturing, but the IoT could result in even more dramatic growth.

In truth, the IoT will help to bring manufacturing jobs back to the UK and other industrialised countries through restoring each nations’ competitive advantage over less industrialised nations with lower labour costs.

In the last century, companies with labour-intensive manufacturing found that they could only maintain a competitive advantage by moving operations overseas or outsourcing to foreign companies. Labour costs in Vietnam, China, and even many parts of the United States undercut those in the UK considerably. IoT replacement of certain categories of workers reduces the labour cost edge, making British advantages, such as reliable infrastructure, political stability, and closeness to market, more important.

When combined with the 2017 cuts in corporate taxes, efficiencies brought in by the IoT have made the United Kingdom a much more favourable location to build or expand manufacturing.

Manufacturing Has Slowed, But Will Do Better

Led by declines in the auto industry, British manufacturing and the economy overall has seen a slight downturn over the past year. Regulatory issues related to emissions controls and other factors have slowed production while demand has cooled. As the Trump Administration in the United States has slashed costly regulations and pushed manufacturing into overdrive there, it has grown even more imperative for British industry to create more efficiencies and reduce costs.

Martin Thomas, European Marketing Manager at Radwell said “Just like companies a century and a half ago considering whether or not to invest in Second Industrial Revolution technology, businesses today cannot ignore advancements if they want to grow or even survive. The IoT and all of its applications represent a vital investment. Some companies may choose to ignore it, but they will fall behind competitors, losing market share and profit.”