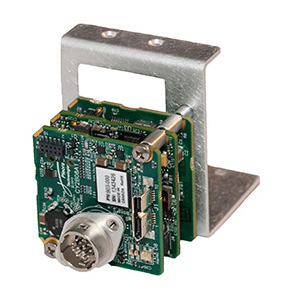 Pleora’s iPORT SB-U3 External Frame Grabbers enhance the ease of use of Sony block cameras by allowing systems manufacturers and integrators to regard them as native USB3 Vision cameras. Now, Sony block cameras can transport high-speed imaging and video data over the broadly accessible USB 3.0 bus. The cameras can likewise be utilised with a more extensive choice of computing platforms, decreasing system costs.

The SB-U3 presents a user friendly interface to the Sony VISCA protocol set, both graphically and in the eBUS SDK (software development kit). This allows system designers to quickly prototype interactions between the SB-U3, the Sony block camera, and their software as well as quickly deploy production-ready software.

The SB-U3 transmits full-resolution video with low, predictable latency over a USB 3.0 link at the maximum frames per second (fps) supported by an extensive variety of Sony camera block models. The connection at the PC is a standard USB 3.0 port, eliminating the need for a desktop PC with an available peripheral card slot for a traditional frame grabber. Therefore, system designers can reduce system size, cost, and power consumption by using computing platforms with smaller form factors, such as laptops, embedded PCs, and single board computers.

Find out more about this product and view the data sheet