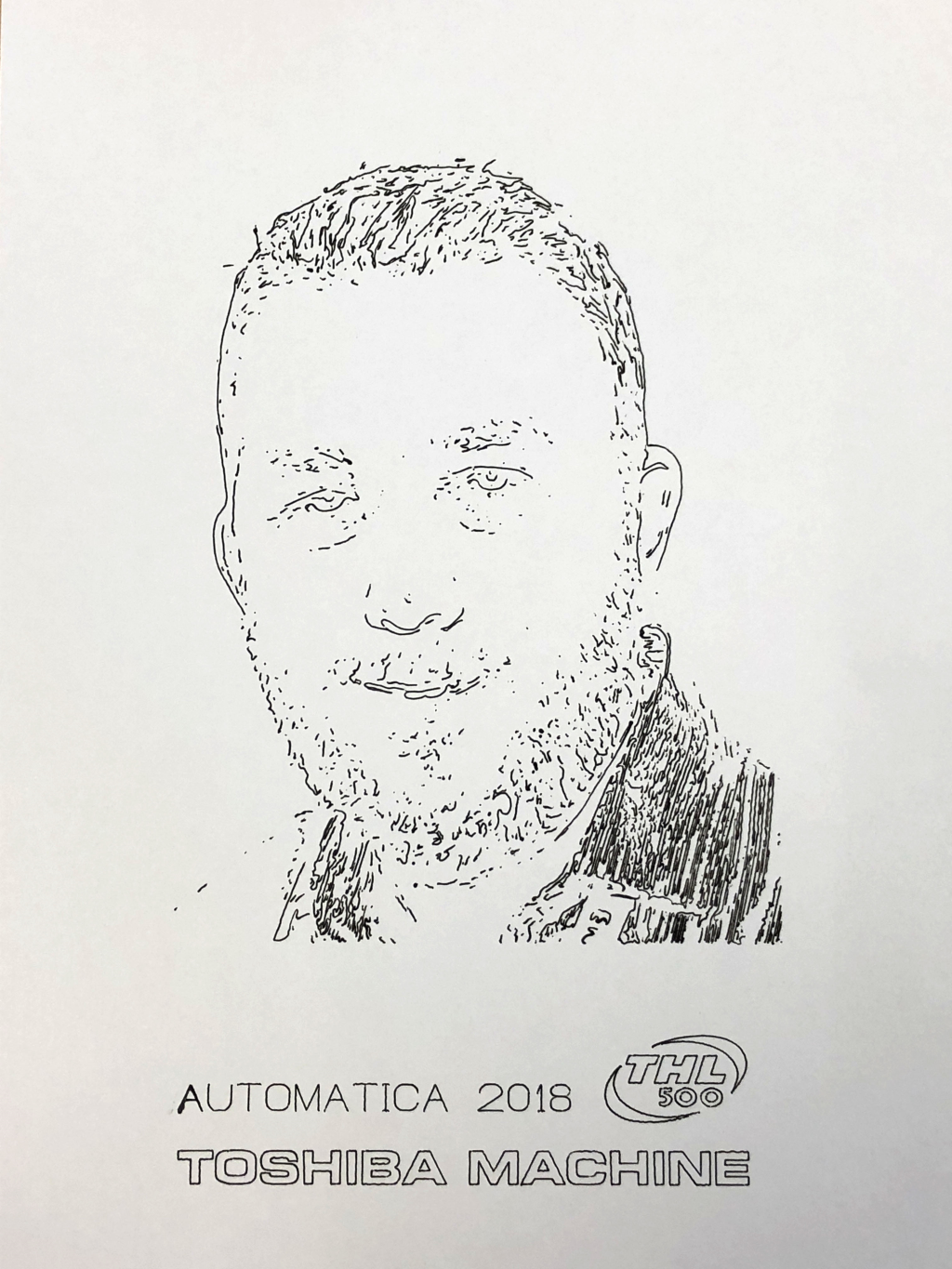 TM Robotics launched Toshiba Machine’s latest industrial robots and machinery to the European market at Automatica 2018. Held from June 19 to 22, 2018, Automatica welcomed over 40,000 visitors to witness demonstrations of the newest innovations in smart automation and robotics. Toshiba Machine’s wares were exhibited from the TM Robotics booth in Hall B5, stand 304.

TM Robotics welcomed visitors to visit its booth to have their portrait painted by the THL500 SCARA robot. Using a connected camera, the robot captured facial features and sketched the image onto a piece of paper, while being automatically unloaded and loaded using a Toshiba Machine BE series actuator.

The THL series consists of eight SCARA industrial robots, ranging from 300mm to 1200mm arm length. However, it is the THL500 one of the mid-range THL models, that played the role of artist at stand 304, Hall B5.

“Automatica features the world’s largest range of robots and our goal is to demonstrate the ways Toshiba Machine’s selection of automation can enhance production for manufacturers,” explained Nigel Smith, managing director of TM Robotics. “That said, we’re also up for a bit of fun. Our THL500 robot has been sketching the portraits of visitors to our booth throughout the exhibition. While we can’t promise a Louvre-ready masterpiece — we can demonstrate the accuracy and speed you would expect from Toshiba Machine’s robots.

“During the four-day exhibition, TM Robotics’ team of experts are available for meetings, consultations and informal chats about our robot range. After the show, you can find us online, or by contacting our European head office.”

Alongside this novelty demonstration, TM Robotics’ booth also hosted Toshiba Machine robots from other ranges to demonstrate their use in industrial applications. This included the latest addition to the company’s SCARA robot range, the THE400. This low-cost, high-performance SCARA robot can work at maximum speeds with continuous operation, therefore it is ideal for assembly and inspection processes. 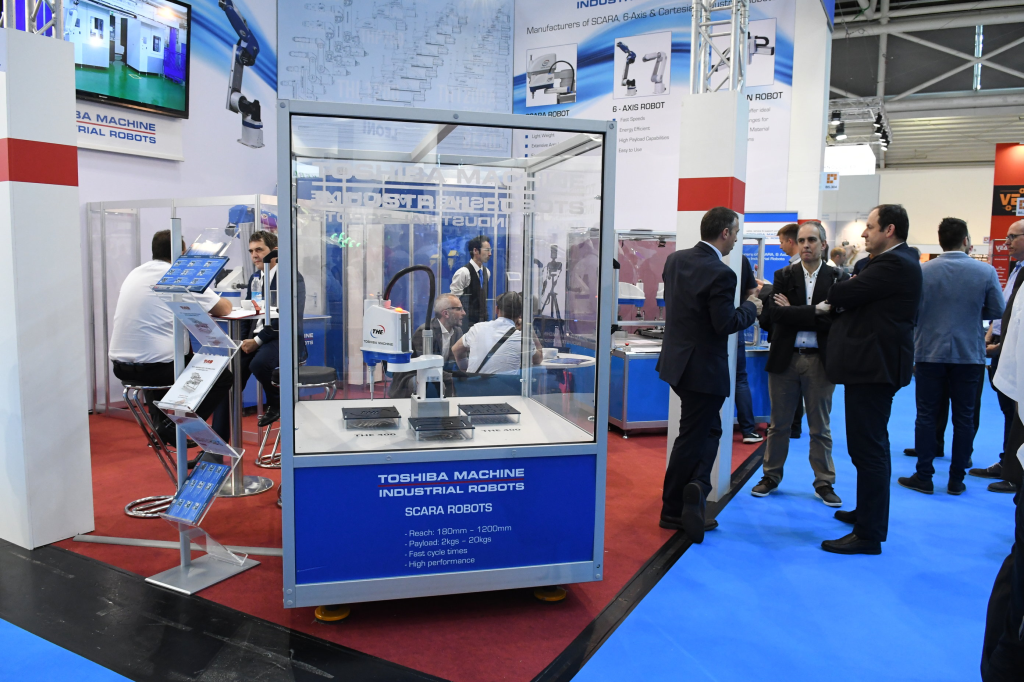 TM Robotics also demonstrated two of Toshiba Machine six-axis robots, the TVM900 and TVL500. The TVM900 has the smallest reach of the company’s new TVM robot range but is capable of carrying up to 20kg in weight. It is unique in its class, including competitors and is the strongest robot in terms of payload capacity in the Toshiba Machine range.

As a vertically articulated model, this robot is suitable for a multitude of industries, including automotive components, plastics, medical, packaging and pharmaceutical.

For energy conscious manufacturers, the TVL500 demonstrates the capabilities of Toshiba Machine’s low energy range. The six-axis robot offers high performance and productivity for assembly and pick-and-place applications but remains compact in size. This robot delivers high functionality, with a fraction of the expected foot print of a production line.

To arrange a consultation with TM Robotics, contact the European head office on +44-1707-290370 or sales@tmrobotics.co.uk. Alternatively, for more information on any of the robot ranges mentioned, visit the TM Robotics website at www.tmrobotics.co.uk.

Call for continuous reinvestment in automation in Britain