Why the slow adoption of high efficiency motors? 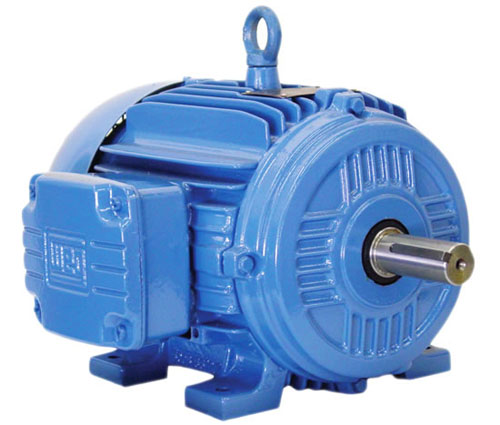 The global IE1 LV motor market was estimated to be worth $7.5bn in 2012, which represented 60% of the total regulated LV motor market by revenues. Regulatory exemptions that allow motors of lesser efficiency to be produced beyond the required inception dates stated in the legislation, have slowed the turnover of both annual sales and the global installed base of motors to IE2 or above. This has greatly impeded the high efficiency motor markets from gaining traction, and has diluted revenue growth in the global LV motor market significantly.

“From an energy efficiency standpoint, this is the most exciting time in the industrial motors market in the last 20 years,” said Mark Meza, principal analyst for IHS. “However, obtaining the lowest cost solution on the front end rather than considering the overall cost of ownership of the motor is still the market reality, despite regulatory efforts to rebalance this dynamic.”

Exemptions pertaining to a motor’s defined purpose and its operating environment, namely temperature, elevation and duty cycle are being exploited to circumvent the original intent of the legislation. IE1 motors are still the dominant motor efficiency class in the EU and South Korea despite these markets being more than two and six full years, respectively, into the transition to IE2 machines. A similar dynamic working against the high efficiency motor market can be found in all regulated motor markets around the world.

However, the fact that no enforcement action is being taken when the regulations are not followed results in artificially extending the availability of motors that are no longer supposed to be sold. A compound annual growth rate (CAGR) of two to three percent for average selling prices (ASP) in any given time period was the norm in pre-energy efficiency focused LV motor markets of past decades. Abiding by energy efficiency regulations in the ideal sense should result in at least a five to six percent CAGR for ASPs during a typical four to five year transition period to higher efficiency motors.

“The prevalence of exempted lower efficiency motors in the market beyond reasonable phase-out periods greatly reduces the revenue growth potential that could be realised by motor manufacturers,” Meza stated. “The market reality is that the lowest cost motor is still king despite energy efficiency regulations coming into effect, and the potential savings in lifetime operating costs they were intended to foster.”

A drastic slowdown in the Chinese market in 2012 and the ongoing economic difficulties in the Eurozone have only compounded this market reality and slowed the efficiency transitions even further. Officially, China began to transition to IE2 in September of 2012, while the EU began in June of 2011.

“It may be several years before we see a significant drawdown of IE1 motors in China and a peak of the IE2 market in the European Union, especially with no legitimate enforcement mechanism in place,” Meza added.

The US and Canadian LV motor markets have the highest minimum energy efficiency regulations in the world at IE3 (Premium Efficiency). Unfortunately, the ‘exemption’ markets of IE1 and IE2 motors in these countries still accounted for several hundred million dollars in revenues in 2012, despite legislation implemented in 1997 and 2010 in the US and in 2012 in Canada, intended to quickly phase these motors out of the marketplace.

“If the history of motor efficiency transitions in the US market is any indication, the LV motor markets in other countries that are implementing similar transitions will have to accept a slow and gradual transformation rate over the course of the next decade,” Meza concluded. “Economic problems aside, this will significantly constrain the LV motors market’s revenue and ASP growth and counteract the energy efficiency regulations already in place.”

Underground timetable to be super accurate

Unitronics completes its coverage of the major sections of market demand