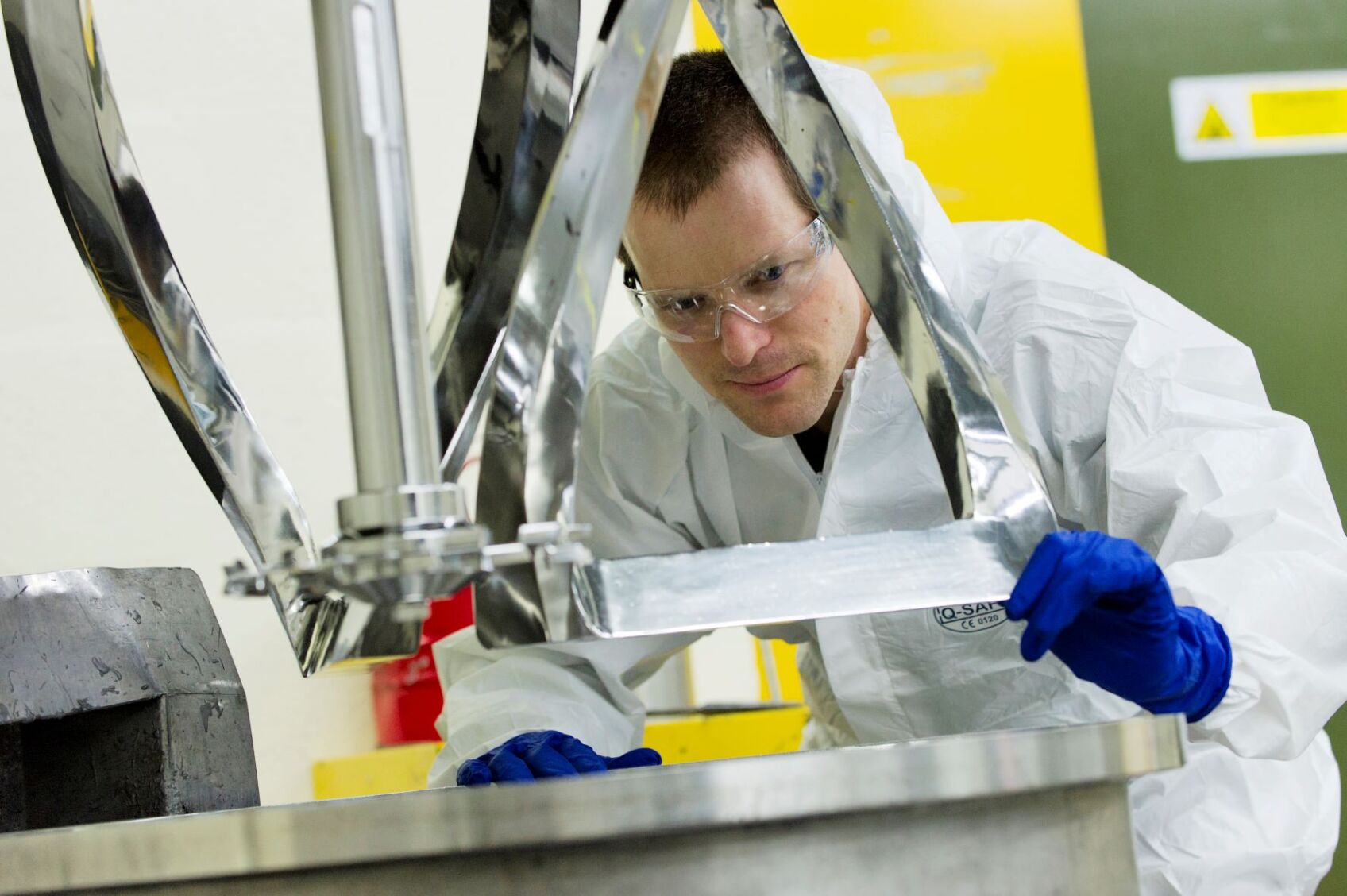 The UK’s pipeline of battery storage projects stands at over 16GW this year, with 729 projects in operation, under construction, or being planned, according to RenewableUK. Since 2019, there has been a growth of nearly 130 projects in the UK, cementing the critical role batteries play in a more self-sufficient energy system. Energy stores conserve space for renewable energy sources like wind and solar, which are released when customers require them. One battery technology harnessing this energy is sodium-ion.
In the run up to the 2050 net zero deadline, the UK is accelerating towards renewable energy deployment with the goal of reducing carbon emissions by 80 per cent. For targets to be met, the UK government is required to implement extra low-carbon heating and renewable electricity, and commit £12 billion to a ‘Green industrial revolution’ to stimulate jobs in the green sector. A strive to net zero greenhouse gas emissions will place British manufacturers in line with the government’s plans to ‘build back better’ with onshore battery-cell production. This plan will see the government building on infrastructure, skills, and innovation as the three pillars of growth.
Energy supply from burning fuels is currently one of the four highest-emitting sectors that will be most affected by net zero, calling for scaled development of greener energy alternatives. The sustainability, safety, and performance benefits of sodium-ion makes the emerging technology integral to decarbonisation and offers UK manufacturers an opportunity to lead the change.

Businesses like AMTE Power – a prominent UK-based sodium-ion developer – are developing rechargeable cells and supporting the green agenda. Ahead of the COP26 Summit this November, UK manufacturers will find they are well placed to make transformative action in delivering low carbon heat sources and cleaner electricity generation. Projects such as AMTE Power’s collaboration with Faradion – the world leader in sodium-ion battery technology – are integral for the green global energy transition.

The UK designs specialist cells
The UK has the opportunity to take a lead on the global manufacturing stage due to its heritage role in developing batteries, such as lithium-ion. With specialist skills and expertise in abundance, the country can build on its advantages and create huge domestic manufacturing capability. These are key to meeting net zero targets, by increasing energy received from renewable and low carbon technologies.

AMTE Power’s own specialist cells, such as the Ultra-Safe (US) cell, are being brought to market in 2022. The sodium-ion chemistry in US cells has a safer thermal structure and will deliver a high performance whilst being a cost-effective solution. Sodium-ion batteries are increasingly recognised as a solution for cleaner energy, with Bloomberg estimating that installations of sodium-ion batteries will rise from 6GWh in 2019 to a staggering 155GWh annually by 2030. In comparison to lithium-ion, sodium-ion is developed more readily, and at a lower price. They possess the ability to operate in a broad temperature range and can be transported more easily, making them eco-friendly and reliable for customers that invest in long-term products.

The UK’s renowned expertise in battery research and development, alongside its labour in the field, enables the country to provide next generation onshore manufacturing capability. Although the pandemic caused disruption to the global supply chain and a dependence on China to support manufacturing demand, the UK has since taken steps to becoming more self-reliant and sustainable. If the UK is able to utilise this home-grown technology, it can set an example for the energy storage industry for many years to come.

UK energy storage market
Presently, the UK’s energy stores are being underpinned by the assemblies of chemistry companies, such as the UK Consortium. Companies such as Faradion are supporting AMTE Power to produce these innovative sodium-ion cells at scale and meet the increasing demand for safer home energy storage. Such licensing deals – which combine Faradion’s technology with AMTE Power’s manufacturing capabilities – are essential for helping the UK become a leader in green energy storage as the world looks beyond lithium.
The manufacturing sector is a rapidly expanding market; it is important that the UK is made a global competitor. This summer alone, the country’s first grid-scale battery storage system was launched online, with the energy storage market set to become an example of the scale that can be achieved with the boost of innovative technology.

Building out gigafactories and the supply chain
Currently, an immature supply chain with rooted reliance on production lines overseas means most British manufacturers produce sodium-ion cells in low volumes. To realise the much lower environmental cost of sodium-ion cells, the UK must build out renewable energy stores on-shore. This is essential to achieve the green agenda by reducing the carbon footprint of the industry and that of the UK. Obtaining cell products within reach, as opposed to importing battery cells from China, further minimises CO2 emissions that would be harmful to the environment.
To continue work towards a greener future, AMTE Power is planning to build a gigafactory that will produce batteries at a capacity of two GWh. Capable of manufacturing proprietary sodium-ion cells for battery storage spaces, the gigafactory will have a prominent role in building out a more robust battery supply chain and a sustainable future.

World’s largest sustainable energy accelerator expands into the US