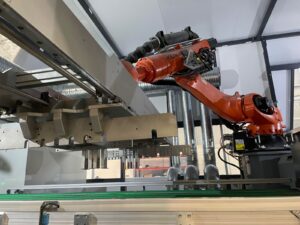 The circular economy is a model of production and consumption, which involves reusing and recycling materials and products, aimed at tackling environmental challenges like climate change, biodiversity loss, waste, and pollution. However, some of the processes involved in breaking down surplus products, to harvest materials for re-use, can be hazardous to health.

A staggering 200million LCDs are sold every year, which when you consider the waste streams that are created thereafter, presents a significant challenge as to how the products are then efficiently, cost-effectively, and safely disposed of.

The impact of LCD TVs on the environment is massive. A ‘hidden’ greenhouse gas called nitrogen trifluoride, which is used in the manufacture of flat-screen TVs, could accelerate global warming, more so it is estimated than coal-fired power plants. Though consumers’ demands for such gadgets mean more and more of these items shall continue to enter these waste streams.

Unfortunately, in the past, many of these products have been sent to landfills, which also presents a risk to health. The mercury within the products, when absorbed into the soil and/or water can enter the food chain, and cause all manner of issues, such as neuromuscular effects and cognitive dysfunctions. A typical 40″ TV unit can contain approximately 60 feet of thin bulbs, that contain mercury which is extremely toxic.

So ho does the cell work, and what are the benefits that can be achieved, within the circular economy?

The biggest threat to humans when depolluting LCDs and waste electricals is exposure to harmful gasses and liquid crystals. Add to that broken glass, because of extracting fluorescent tubes and TV screens, and it is easy to see why robot process automation is the best fit for such a dangerous procedure. The ALR-4000 is designed to depollute the LCDs of these components and hazardous substances, and it does so at incredibly high throughput.

The ALR-4000 not only removes the manual labor and risk element but throughput when compared to the same manual process is increased, from five per hour to 60; that’s a huge increase of 1200%! Add to that statistic the ability of the machine to operate 24/7 and it’s easy to see just how the ALR-4000 can start to address the huge problem of waste electronics.

And as the depollution process takes place within the self-contained ALR-4000, a built-in carbon filtration system ensures that those harmful gasses are captured and prevented from being released into the atmosphere. Carbon block filters are extremely effective in filtering out contaminants including dangerous gases, and as such, Votechnik’s ambitions of creating a ‘plug-and-play’ system have been achieved.

There is a huge variety of LCD configurations: different shapes and sizes; makes, and models. They can contain over 150 screws and different fastening devices, from glue to sticky tape to cable ties. They may have speakers in the tops and bottoms or even a DVD player in the back. Such a variety of components to handle has resulted in four technology development rounds by Votechnik to achieve a solution; a robust, automated machine that can deal with a wide variety of LCD iterations.

The QUANTEC industrial robot is very rigid, very reliable, and very repeatable, but also has the payload capacity to handle large loads, including heavy end of arm tooling. Its robustness makes it perfect within a waste recycling environment, that required a level of automated dexterity to undertake repetitive tasks, with a high level of accuracy and repeatability.

Lisa O’Donoghue said of the ALR-400 development “The whole world is moving towards a circular economy, and Europe is leading the way with initiatives such as the Green Deal and the Circular Economy Action Plan. Such initiatives are urgently required to get back materials from the products that we’re currently using and get them back into circularity. It really is the backbone of recycling and we (Votechnik) see technology such as ours leading the way, for high throughput processing to liberate the valuable materials from waste products, but also to de-pollute and capture those hazardous materials in the process”.

The ALR-4000 has been 10 years in its development, and now after four technology development rounds, could this impressive, automated recycling solution be one answer to the many challenges that the electronics consumer goods industry presents? 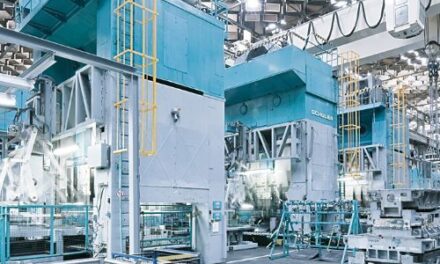