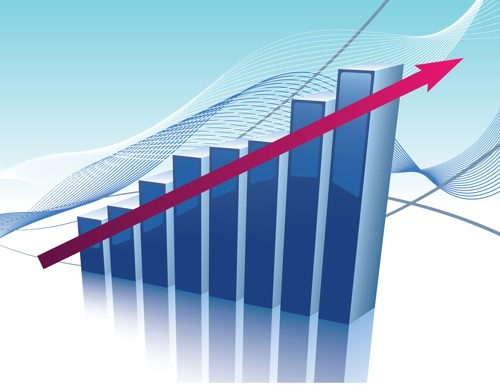 The CC-Link Partners Association (CLPA) is reporting a boom in membership, with strong growth continuing throughout 2013.

Total membership is approaching the 2,000 mark, making the CLPA one of the largest organisations of its type worldwide. At the same time, the network’s installed base is close to 10 million devices. However, for potential users of the technology some other numbers are also important. CC-Link boasts over 1,200 products from more than 260 manufacturers, meaning that there is a wide choice of devices for all applications.

Often referred to as the Non-Stop Open Network, CC-Link is a globally established open network technology, which offers seamless architecture that reaches from enterprise IT connectivity to simple digital I/O on the shop floor. It can support equipment from many different manufacturers within a single system, consequently letting control systems’ integrators choose best in class products rather than confining them to one manufacturer.

Originally developed in Japan, it became the dominant choice throughout Asia and a leading choice in the rest of the world. It is also the only open Gigabit Ethernet technology for automation today. Well known for its ease of use, operational robustness, productivity and high performance, it can maintain systems operation under the harshest conditions.

John Browett, general manager, said, “Our membership has always been on an upward trajectory since our founding in 2000. This year however, we have seen membership accelerate – 2013 started well and there is every sign that growth will be sustained into the future. We could see that 2013 was going to be big when we had the largest number of visitors ever to our booth at the SPS/IPC/Drives fair at the end of 2012 – an increase of almost 150% over 2011.”

“One of our big drivers is CC-Link’s Asian pedigree, which we capitalise upon in Europe by running a members’ program called Gateway to China to provide in-depth assistance for developing business in that vibrant economy. European companies are starting to realise that if they want to do business in the rest of the world, then they need to support the local technologies. While many of them have comprehensive coverage of the European networks, they are also realising that CC-Link is a crucial piece of the puzzle for success in markets like Asia. Not addressing it will leave a large share of the market inaccessible.

“Within western Europe we have built firm foundations and are increasingly extending into the emerging economies of central and eastern Europe. Similarly, from North America we’re reaching into South America. We also just opened an office in India to serve the huge automation market that is rapidly developing in this ‘BRIC’ nation.”

Browett notes that his new members represent two types of company – those wanting to develop CC-Link compatible products and those wishing to use CC-Link within their control systems. CLPA has always welcomed both types of member and works towards common goals and synergistic gains.

“Most major control equipment manufacturers have or are developing CC-Link options for their products,” continued Browett. “Increasingly we are being joined by other manufacturers too – companies making instruments, actuators and other industrial components for example.

The CC-Link Partners Association works with its members to promote their CC-Link compatible products throughout the world via its websites, product catalogues, at trade fairs, with press activities, conferences and seminars. It currently has offices in Germany, the UK, North America, Japan, China, South Korea, Taiwan and Singapore and India.

Bespoke, Retrofit Covers to Fit into Existing Frames – to be used by of the UK’s Largest Commercial Ports