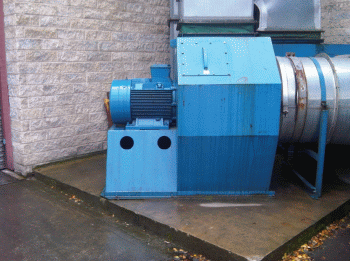 A specialist metal forging company is saving 20 per cent on the energy use for its dust extraction system after installing an ABB variable speed drive. Firth Rixson manufactures 1,500 tonnes a year of rings, forgings and special metals for a wide range of engineering usages. At the company’s factory in Glossop, Cheshire it produces a range of cast and wrought nickel, cobalt and iron-based super alloys for prestigious industries such as aerospace, gas turbines, prosthetic surgery, diesel engines and for chemical and nuclear engineering. It has plants in the USA and China as well as the UK.

ABB Drives Alliance partner, Halcyon Drives, was asked to conduct an energy survey at the Glossop factory. Firth Rixson had recently relocated a number of grinding stations, concentrating them in one area, with centralised dust extraction in the fettling and de-scaling plant. The dust extraction is provided by a 75kW extraction fan motor, run constantly, direct-on-line. Not all of the machines were running simultaneously, meaning that there is often more dust extraction capacity than needed. This was obviously wasteful of energy.

Halcyon Drives suggested introducing an ABB industrial drive to power the 75kW extraction fan motor. By reducing the speed of the fan, savings of 20 per cent on consumed energy were achieved, saving 44 tonnes of CO2 per annum.

The installation has two motors, one a standby, and Halcyon Drives had to ensure that the standby was available at all times. Because savings at this stage did not justify two drives, a dual standby option was arranged by having a change over mechanism, so either motor could be driven by the drive. In the unlikely event of a service problem with the drive, either motor could be started using the existing star-delta start until the drive was back in service. 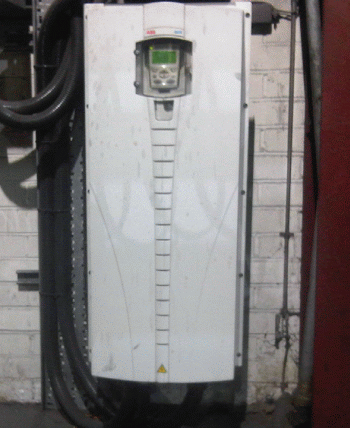 Another problem solved by the installation of the ABB industrial drive was the excessive wear and tear experienced by the fan ducting, which was being eroded by the constant inflow of abrasive metal dust. The reduced speed using variable speed control of the motor reduced the airflow and subsequently significantly increased the life expectancy of the ducting.

Garry Nock Maintenance Manager at Glossop says: “We worked well with Halcyon and are pleased with the results of the project. The drive is currently set to run the fan motor at 60 per cent speed but this could be improved and we have a plan to shut the duct extension to machines not in use and use a sensor in the ducting to feed back to the drive to maintain suction at an appropriate level.”

ABB is a leader in power and automation technologies that enable utility and industry customers to improve their performance while lowering environmental impact. The ABB Group of companies operates in around 100 countries and employs about 117,000 people.