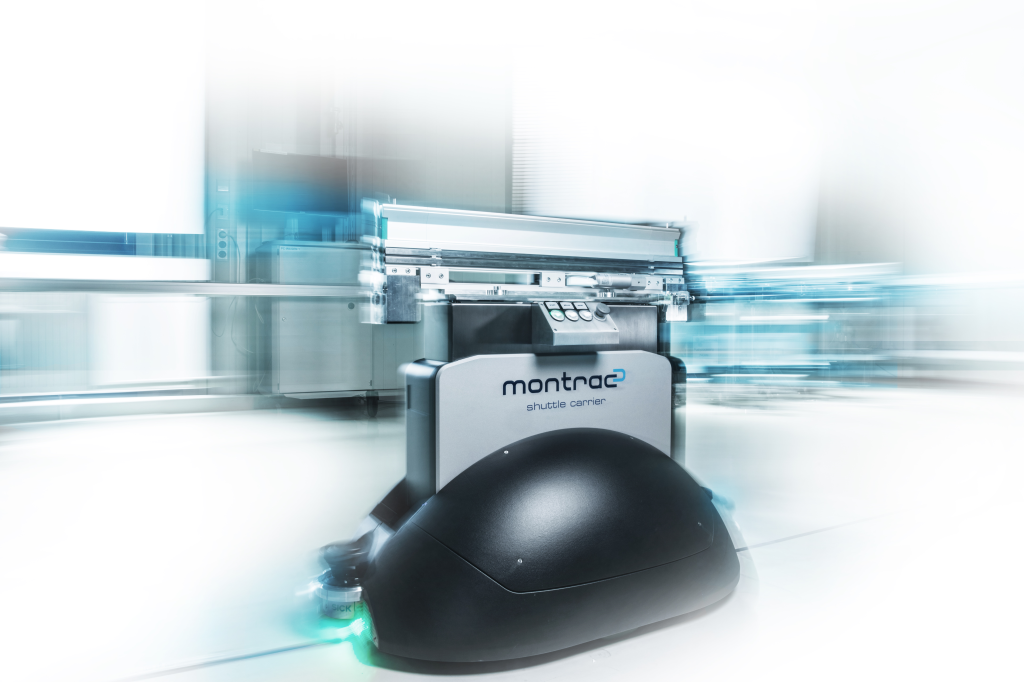 At the leading trade fair, automatica 2018, from 19 to 22 June in Munich, montratec GmbH with headquarters in Niedereschach, Germany, is showcasing five new product developments of their future-oriented automation and transport system montrac. Product highlight is the new ‘shuttle carrier’ – connecting rail-bound workstations without rail.

Sven Worm, chairman of the board of montratec GmbH informs: “At our first attendance at the automatica we are directly starting with a world premiere. With the development of the “shuttle carrier” we are at the same time optimising the applications of our intelligent automation and transport system montrac and offering solutions for customers with extremely limited installation spaces.” Worm is convinced that the new innovation of montratec will succeed in various industrial areas.

Using the self-driving ‘shuttle carrier’ allows for the first time to interrupt the monorail track system without interrupting the entire manufacturing/production process and enables open spaces between track-bound workstations for escape paths, transport routes, and passages for employees.

The self-propelling “shuttle carrier” acts as a connecting robot on the floor: with the aid of integrated sensors it recognises the respective route based on stripes drawn on the floor and follows them at speeds of up to 25 meters/min.

With the innovation of the „shuttle carrier“, the modular automation and tracking system montrac, so far consisting of a monorail system and self-propelling transport shuttles, is extended by another active component.

The use of shuttle carriers will further reduce the low space requirements of montrac. The already low space requirements of montrac result from combining electrical track switches, crossings, very tight radii (of 220mm), overcoming gradient angles of up to 12 degree, and integrated lifting elements. Based on smart logistic technology, the shuttles know precisely where the products need to go. The transport shuttles move with speeds of up to 55 metres/min and communicate via infrared with both the track sections and the route.

“Due to continuous power supply of all shuttles, montrac always ensures total reliability and extreme high availability”, explains Worm and he adds: “At any time, each shuttle can manually be replaced or removed from the running system without stopping the system.”

Among the new montratec product developments to be presented at the fair are:

Please visit the fair stand (booth 320/hall A5) and see how these new innovations can support your company.

Schaeffler and Audi look forward to another successful season

Rulmeca drum motors rise to the challenge of cranberry production