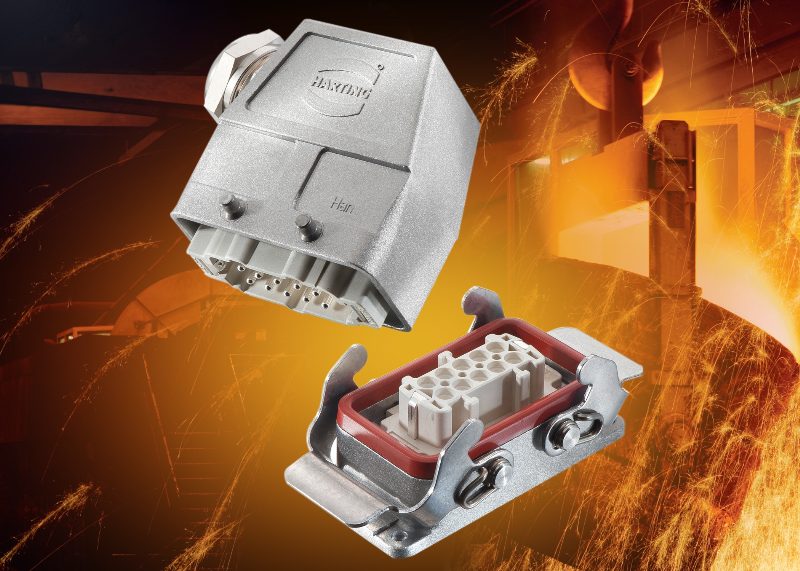 New developments in industrial connectivity being featured by HARTING at Drives & Controls 2014 include new families of high-temperature connectors and devices with high mating cycles, plus interconnectivity products for smart network infrastructures and smart power systems within the industrial environment.

A major new development is the Han® HighTemp Series, which enables the reliable transmission of signals and power at temperatures up to 200°C in industrial environments. The design of the Han® HighTemp Series is based on HARTING’s well-established Han® B and Han® E series with the addition of high-quality temperature-resistant materials and heat-resistant design applied to all components such as contacts, insulating materials, housing, seals and grounding elements. During development, the resistance of these components was verified in HARTING’s in-house testing laboratory.

These high-temperature connectors offer significant savings in equipment design, manufacture and maintenance by removing the need to enclose machine parts which are exposed to high temperatures and clearing the way to modular plug-in designs. The resulting lower wiring complexity results in reduced maintenance costs, fewer outages and minimal downtimes.

Also featured is the Han® HMC industrial connector series, which combines the capability for more than 10,000 mating cycles with protection against harsh environmental conditions. The new connector family is designed for use in applications where equipment may be employed in different locations and can often be connected and disconnected several times a day. This situation is increasingly found in the automation environment, where the trend to modular and interchangeable machine tools and control systems requires connectors that can handle a large number of mating cycles. 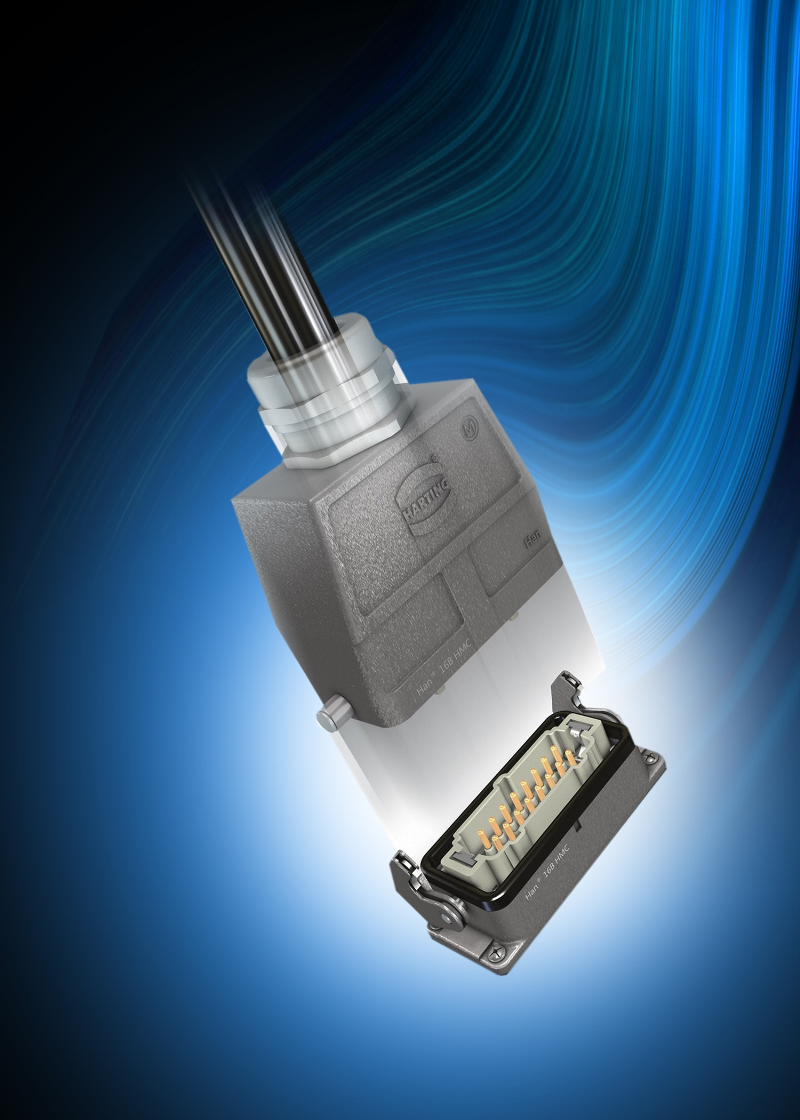 The Han-Eco® series comprises robust connector housings made of glass-fibre reinforced high-performance plastics. The series has established itself on the market since its launch in 2012 thanks to its ability to offer advantages such as lighter weight and savings in time during assembly and installation. The new monoblock E units, which have been developed primarily for use in housings from the Han-Eco® series, retain the proven Han-Eco® “click and mate” snap-in function, offering simple tool-free mounting.

A special feature of the new Han-Eco® monoblock E inserts is that they achieve up to 67% higher contact density than Han E standard screw inserts of the same size. The inserts feature a pre-leading protective earth contact and a six-fold coding system resulting in contact numbers of 10+PE, 14+PE, 20+PE and 28+PE for the four sizes. It is also possible to combine a monoblock E insert with modules from the Han-Modular® series in a housing from the Han-Eco® series or in the Han-Modular® docking frame.

The new contacts are based on the proven Han® E contacts with screw termination. The monoblock E inserts have a rated voltage of 500 V and a rated current of 16 A. The cable connection cross-section is 0.75 mm2 (AWG 18) minimum and 2.5 mm2 (AWG 14) maximum.

In another new development, HARTING has combined its Ha-VIS PreLink® data network cabling technology with the M12 mating face to produce an extremely compact field-assembly connector solution for Fast Ethernet or PROFINET communications in industrial environments. M12 is widely used in industrial environments, particularly for connecting machinery and plant components with data-collection terminals and industrial PCs. In such settings, preLink® technology provides the opportunity to work with pre-wired runs or to easily and quickly expand existing cabling infrastructure or convert it from an IP20 degree of protection to IP65/67.

New smart networking infrastructure products include the Ha-VIS mCon 3000 range of Ethernet switches, which enable the construction of complex and efficient network structures, and are optimised for use in harsh industrial environments. The high demands on reliability and safety in industrial settings mean that managed Ethernet switches need to become more efficient, and the new HARTING switches address this challenge by offering high availability, network security, monitoring capabilities and high reliability.

Thanks to the integration of the PROFINET I/O device stack, the switches can be deployed and incorporated seamlessly into existing and newly planned PROFINET applications.