IAE market set for strong growth in 2014 and beyond 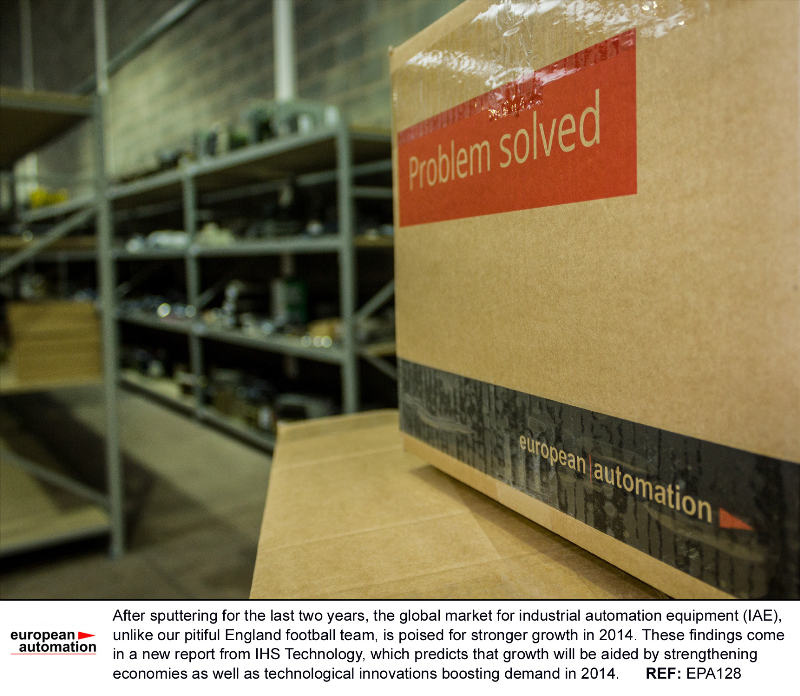 After sputtering for the last two years, the global market for industrial automation equipment (IAE), unlike the England football team, is poised for stronger growth in 2014. These findings come in a new report from IHS Technology, which predicts that growth will be aided by strengthening economies as well as technological innovations boosting demand in 2014.

The IHS report states that worldwide revenue in 2014 for the IAE market will reach a projected $185.3bn, meaning a seven percent rise from $173% in 2013. These encouraging stats come after the market managed only middling revenue increases of 1.2 and 3.4 percent in 2012 and 2013, respectively.

This suggests that the market is steadily returning to its previous rate of growth prior to these years; expansion had been in the double digits in a heartening show of force after the recession.

Furthermore, the IHS findings state that healthy expansion is set to continue after this year, with industry takings forecast to hit $225.0bn by 2017, right about the same time our boys in white will be qualifying for the next World cup… if that happens, of course.

Significantly for European Automation, IHS predicts that the second largest segment in 2014 will be automation equipment with 30% percent of total IAE market revenue, after motors and motor controls with 40%. This is partly due to IHS’ belief that the automation equipment sector will be impacted substantially this year by technological advances. With these comes more automation machinery with more parts that European Automation could potentially supply or repair. The more the merrier we say.

IHS has identified three specific market developments as having potential substantial impact on the IAE market in the future.

The first is the growing trend for technological convergence that could see a productivity-driven market become more reliant on the control of digital information. The modern urge to coalesce a multitude of mediums could soon see new machines make an appearance in the IAE market.

The second is the impact that 3D printing is undoubtedly having on the manufacturing market. With the cost of 3D printers coming down, the technology is on the cusp of joining the manufacturing mainstream due to its ability to create intricate designs that moulding or forging simply aren’t be able to produce. Using additive manufacturing, specialist parts can now be created for a fraction of the cost they could have been in the past.

The final variable that IHS identifies as creating technological innovation is the result of a combination of an aging, skilled engineering workforce and low rates of replacement. The industrial data analyst believes this will pave the way for increasing levels of automation and semi-autonomous robots, ultimately leading to fully automated factories becoming commonplace.

Here at European Automation we’ve already noticed a rising trend in sales compared to this time last year and welcome the IHS report that projects that Europe (along with the Middle East and Africa) will claim the largest share of market revenue at $61.5bn.

But with growth in the market set to take place globally, European Automation and our range of international partners are set for a busy 2014.

How can you improve the speed and efficiency of a can packaging line? Retrofit with all-in-one PLC + HMI controller

For all your supply chain needs