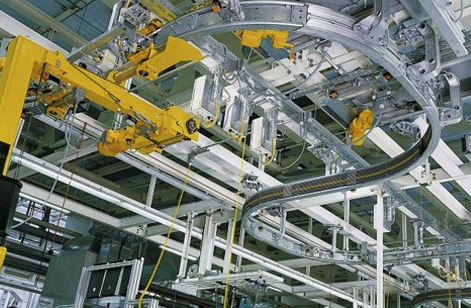 A report titled ‘The World Market for Industrial Automation Equipment’ from IMS Research, now part of IHS, has shown that the market for industrial automation equipment (IAE) is set to grow 6.2% this year to approximately $170bn, helped in part by the recovery of global manufacturing in the first quarter.

The more optimistic outlook for 2013 contrasts with the anemic market conditions of last year that had been aggravated by the interconnected nature of a globally linked space, said Jenalea Howell, research manager for the Industrial Automation service at IHS.

“The interdependence of the world’s industrial markets came to the fore during 2012 and made its presence felt as weak demand in some regions hit the exports of others, causing revenue from industrial automation equipment (IAE) to grow only 3.7%,” noted Howell.

Growth in the US will be a benefit rather than requirement in 2013
Conditions all around have now improved, however. For one, leading indicators – including machinery orders and manufacturing activity – point to increasing demand for industrial products during the next six months. Moreover, progress has been observed in the markets of China, Europe and the US in the first half this year, fueling confidence that the IAE space is headed toward renewed vigor.

In China, manufacturing indices indicate that a slow and steady improvement that began in September 2012 has continued through the first five months of 2013. China is also reporting that inventory replenishment has started to occur in equipment markets of extremely low levels last year.

Meanwhile in Europe, increases in German machine tool orders also point toward also bolstered demand that could redound to the IAE market.

Signs of economic health are likewise springing up in the US, where greater growth stemming from a variety of factors – ranging from rising natural gas exploration and production, to strengthening housing markets, to rising exports – will help propel demand for industrial automation equipment and boost the IAE global market.

Moreover, the global interdependence that hampered market expansion last year will prove to be a boon this time around, especially because growth of the US in 2013 will not be a key requirement to foster overall expansion of the worldwide IAE space. The US no longer needs to buoy the rest of the world – at least not for this year, Howell added.

Lessons from the recent downturn
The IAE market slowdown in 2012 has created a more cautious approach to spending within the industry, as many fear the prospects of another recession and as investors are now more aware of market risks. Perhaps heeding the lessons of a spendthrift past, many industrial automation companies are now holding record levels of cash – money that could be made available to support lean inventory operations should such a need arise.

In response to cautious spending, the pricing structures and market strategies of industrial automation suppliers are changing rapidly. While automation vendors in the past sought to reach only specific parts of industry, many are now venturing into areas beyond their traditional spheres of activity in the quest to grow.

A number of Western suppliers, for instance, are releasing product in the midtier range to serve cost sensitive markets. At the same time, domestic Chinese manufacturers are developing products with higher functionality to compete more effectively in areas traditionally served by Western players.

The current trend has one downside, however. While more high functionality automation products are set to be launched, less functional products entering the market will also make their impact felt. The result overall could be a slowing down in revenue growth moving forward.

‘The World Market for Industrial Automation Equipment – 2013’ provides evaluation of industrial automation equipment for the Europe-Middle East-Africa (EMEA) region, the Americas and Asia. The market is segmented by region, equipment type, industry sector and sales channel, with a review of the leading suppliers also included.

Detecting defects with thermography during the additive manufacturing process