Industrial automation: the road ahead 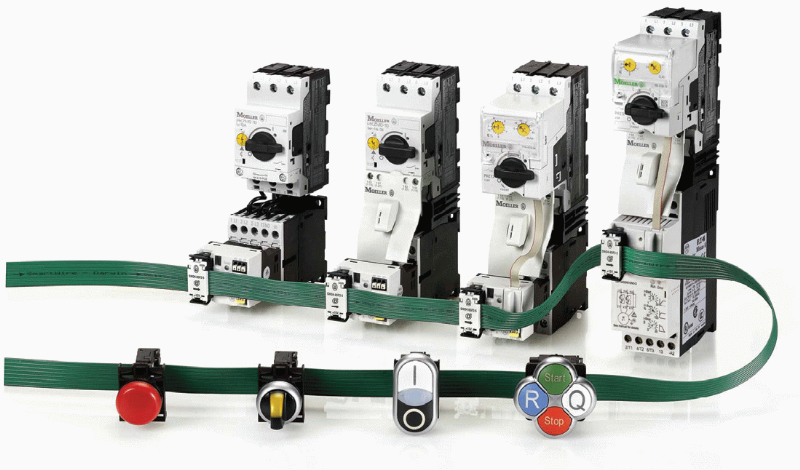 A recent Frost & Sullivan report highlights the convergence of programmable controllers (PLCs) and distributed control systems (DCSs) as an important market trend, but also notes that this is a technical strategy that has yet to demonstrate it can yield the expected results. Stuart Greenwood of Eaton Electrical argues that this trend is, in fact, well advanced and is already delivering excellent results.

It could be claimed, with considerable validity, that as soon as remote I/O modules became available, the process of convergence between PLCs and DCSs was underway. With this in mind, it’s hard to see the convergence of PLCs and DCSs as a new trend since it’s already been with us for at least a couple of decades.

But, of course, convergence continues to spread and most modern automation systems of any size now incorporate intelligent devices – such as variable-speed drives with built-in intelligence, and electronic operator interface panels – in the field. With all of these devices linked to the central controller via network or fieldbus connections, it does indeed become difficult and even, perhaps, almost meaningless to distinguish between the PLC and the remainder of the automation system.

The wiring runs are, of course, much shorter inside the panel than outside, but that’s no longer a valid reason to ignore the benefits that bus-based panel wiring – which is perhaps better described as lean panel wiring – can provide. This surprising omission in automation technologies has, however, finally been addressed, and at least one bus-based lean panel wiring system – SmartWire-DT from Eaton’s Electrical Sector – is now available.

This allows all of the devices within a control panel, such as motor starters, HMI panels and even conventional pushbuttons and indicator lights, to be connected to the central controller, whether it’s a PLC or a smart relay, via a simple daisy-chain connection. Conventional control wiring is eliminated.

It’s important to note that with the best lean panel wiring systems, special components are not needed. Instead, inexpensive interface units are added to standard components in exactly the same way that an auxiliary contact block is added to a contractor.

Some of the benefits of this technology are instantly apparent. It cuts panel wiring time, for instance and, since it virtually eliminates the possibility of wiring errors, the time needed to test panels is also greatly reduced, as is the risk of problems during commissioning. It is also clear that modifications to the panel can be made much more easily – instead of having to carry out extensive wiring changes for even the simplest modification, all that’s needed is to daisy chain the new components to those already there.

Possibly the biggest benefit, however, is that the use of lean panel wiring facilitates the flow of information between components mounted in the panel. A suitably equipped motor starter could, for example, report the running current of the motor and the status of the protection device to the central controller, where this information could be processed and used to initiate further actions, such as sending a message to the HMI panel alerting the operator to an impending overload condition before a trip actually occurs.

Put simply, adopting lean panel wiring can greatly improve the transparency of the automation system. Since fieldbus- and network-based field wiring already supports information exchange, the addition of lean panel wiring means, in essence, that any information about any aspect of the automation system’s operation and status can be made available wherever it’s needed.

This transparency is one of the key elements needed for lean automation, which is one of the reasons that the description ‘lean panel wiring’ for the new bus-based panel wiring systems is preferred. The growing uptake of lean automation is arguably a much more significant trend than PLC/DCS convergence. Lean manufacturing is a well-known concept that is based on identifying all sources of waste and inefficiency in a process and eliminating them. Lean automation extends this concept to automation systems, slimming down control panels, simplifying wiring, increasing data transparency and enhancing performance while reducing overall costs.

With the introduction of lean panel wiring, lean automation can now cover every facet of manufacturing processes, from the ERP system right down to an emergency stop button, and from the SAP package down to individual sensors.

In summary, there certainly is a trend for PLCs and DCSs to converge and this trend is continuing because convergence has already been shown time and again to deliver excellent results. This much is hardly news.

What is news, however, is the emergence of lean control panel wiring systems that mark one of the final stages in the transition from traditional control system technologies to modern network- and bus-based technologies. This greatly facilitates the implementation of transparent automation, and that most definitely is a trend worth watching.

ATAM paves the way for a new coil generation