Industry 4.0 – A catalyst for trade with Asia? 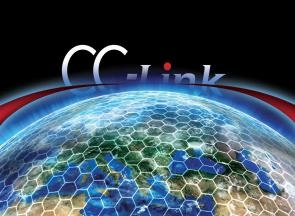 Since the concept was launched at Hannover earlier this year, Industry 4.0 has been the buzzword on everyone’s lips. From an industrial networking point of view, it really has two sets of implications.

The basis of Industry 4.0 is the combination of so called ‘cyber physical’ concepts and systems, such as the IoT (Internet of Things), M2M (Machine to Machine) and cloud computing to create a more intelligent factory. This really translates into the international language of flexibility, adaptability and efficiency.

However, what does this mean in terms of international trade for European businesses?

Trade with China
Virtualised technology, such as cloud and IoT are a first step towards making geography irrelevant and M2M is a similar step towards improving flexibility in international manufacturing. As a result, Industry 4.0 could be interpreted as a way of controlling international production more effectively.

If you have facilities in Asia this could make it easier to track what is going on there, in the way you can manage and measure the facility 100m from the office where you are reading this.

There is of course a balance here between offshoring and re-shoring – the remote and the close to hand. It matters what kind of manufacturing you are involved in for instance. If you are making millions of cheap commodity items every day, it’s not really important where you make them, from a management point of view. It’s a simple design that’s the same every time.

However, higher value manufacturing with lots of variations that demand flexibility might traditionally have been made closer to home, irrespective of where home is geographically speaking.

Perhaps now, in the light of Industry 4.0, there is a good argument that this kind of production could easily be moved to cheaper locales such as China, India and the rest of the Far East. 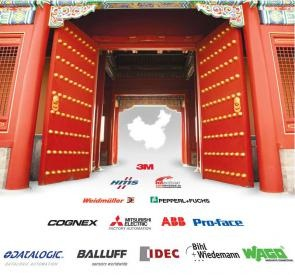 Reversing the mindset
However, there’s a deeper truth here as well. Manufacturing in countries where labour is cheap, could be perceived as a smart business decision in the short and medium term. However, in the long term, there will be no cheap labour.

By the time the UK’s newly born Prince is on the throne the wage of a factory worker in China, the Czech Republic and the UK won’t be all that different. This means that chasing cheap can’t be the only the answer in your five year business plan – it’s not sustainable in the long term.

Asia is the place the west should be focussed on selling to – not just buying from.

This means building factories there to produce product for the local market – not just using the region as a way to make products for Europe more cheaply. It means filling up the empty shipping containers that leave our ports for Asia every day, having deposited their outbound cargo in European economies.

CC-Link’s Gateway to China (G2C) programme can help you achieve this by providing help to develop products for the Asian market. Since CC-Link has the leading market share at around 20%, it can be regarded as an enabling technology for success in the automation market. The G2C programme provides a package of development and marketing benefits worth many thousands of Euros for the cost of a CLPA membership.

Just as Asian vehicle manufacturers, such as Toyota, Nissan and Honda, build cars in Europe for the local market, European manufacturers should consider doing the same in Asia. Industry 4.0 can help us do this, and we should take action well before Prince William’s newly born son reaches the throne.

John Browett will be speaking at Gateway to China the CLPA’s (CC-Link Partner Association) international trade seminar being held in Hatfield, UK on 24th September. If you want to find out more about how CC-Link technology can help you win business in Asia you can book a ticket here.

Panels as powerful as industrial PCs