Integrating robotics into our systems – and our thinking 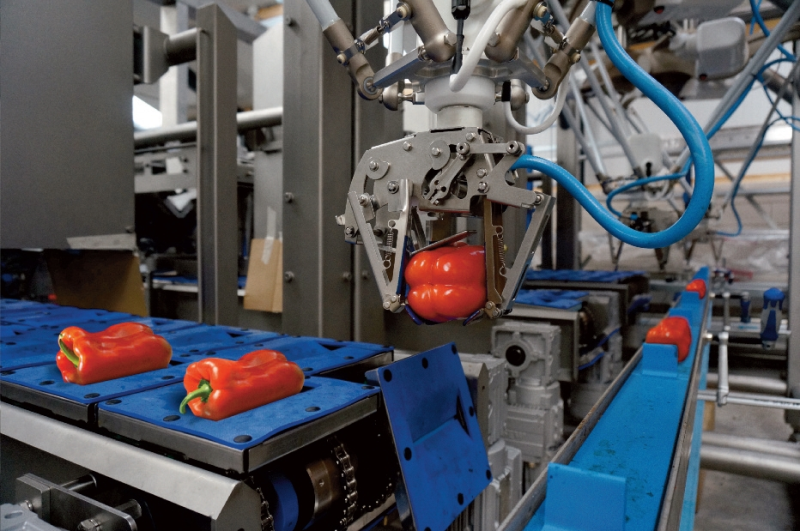 Robert Brooks, industry marketing manager at Omron argues that robotics should be thought of as just one of many ingredients in the ever-richer recipe behind automation

For managers in those parts of manufacturing where robotics have not made significant inroads, the idea of ‘a robot’ is likely to conjure up images of a huge standalone system.

Of course, this type of robot has its place in a ‘heavy lifting’ role such as palletising. But increasingly, robot systems are being integrated into other operations and processes, sitting among multiple functions on a single operating platform. So, while the popular image of a robot may be a six-axis giant working in the automotive industry, there are many opportunities for them to play a role dovetailed into complex lines.

This is especially true of the Delta-style robot which is now an established part of the Omron range, and which offers pickand- place speeds of up to 150 cycles per minute. These robots have been developed to fit seamlessly into Omron’s Sysmac control platform, alongside servo drives and motion control, PLCs, safety, vision, temperature control – and more – all linked by the same software. Despite their lean looks and compact shape, these Delta robots can handle the vast majority of products within the aforementioned industry sectors, and are able to handle payloads of up to 3kgs.

Maybe it is time we saw robotic systems as just one more component in the mix of automation solutions – albeit a highly flexible one. 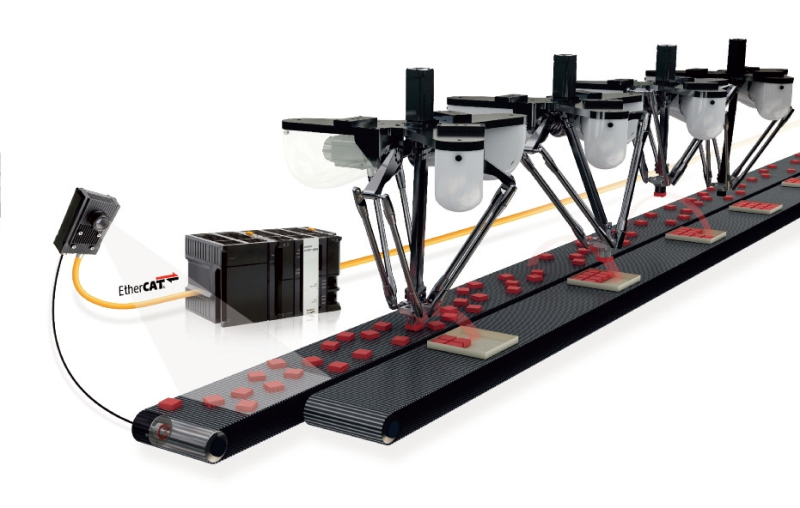 That flexibility can be a huge benefit for end users and machine builders who embrace robots as an integral part of their automation platform, especially when they are used to replace less flexible – or perhaps more complex – electromechanical systems. In many cases, they can form a vital part of the link between two processes or machines.

Thinking differently about robotics can have other benefits. For instance, a few in the food industry have seen this sort of investment as being difficult to justify on the basis of returns, given the unpredictability of many retailer relationships.

The other side of this story is that, for those able to invest, robotic components allow manufacturers not only to respond flexibly to changing retailer demands, but to be proactive about plugging a gap in the market. They are likely to permit a far wider range of options for new product, pack formats or size options.

There are precedents for this sort of shift in thinking. Only a few years ago, the use of servo drives in food, pharma and packaging equipment was thought of – in some quarters – as an over-specified and indulgent luxury. Today, they are an essential component in any high-speed line aiming to combine compact design with precision and repeatability.

Within the Omron automation platform, robots share the same communications system as other servo drives and connect to the same controller. Line managers and operators who are comfortable with servos are likely to feel the same way about integrated Delta robots. Set-up and operation is straightforward and a single controller makes for simpler operation, co-ordinating motion for the entire machine and reducing space requirements.
As mentioned at the outset, there are of course applications where a heavierduty robot makes sense. Omron offers a range of over 70 models of SCARA robot, capable of lifting up to 50kg.

Meanwhile, it is not only end users – and potential users – who are rethinking the contribution made by robotics. In the past, parts of the food industry have at times felt there was a poor fit between robots (often automation in general) and its own requirements, particularly before the packaging stage. A huge amount of work is currently going into both washdown versions of pick-and-place systems and end actuators – grippers and other tooling – which take account of the variable size and shape of food components.

In many of these applications, the ability to combine robotics with integrated vision is already proving invaluable in highaccuracy pick-and-place, for instance, where randomly-spaced product presents itself on an infeed conveyor. Gripper technologies mean that even potentially fragile products can be safely manipulated this way.

Robot technology is as varied and fastdeveloping as the other elements contributing to improved, more streamlined automation: a multi-bit tool in a wider, ever-growing toolbox. But if there remains a stubborn feeling that robots are in fact qualitatively different from all the other automation options on offer, there might be a reason for this. Just as the programmability of robots offers more options, it also offers more benefits.

So yes, robots are different. There can be few other single components which offer reliability, consistent product quality, greater flexibility, reduced wastage, improved efficiency and safety – as well as the potential cost benefits of a redeployed workforce.