Investing in the engineers of the future 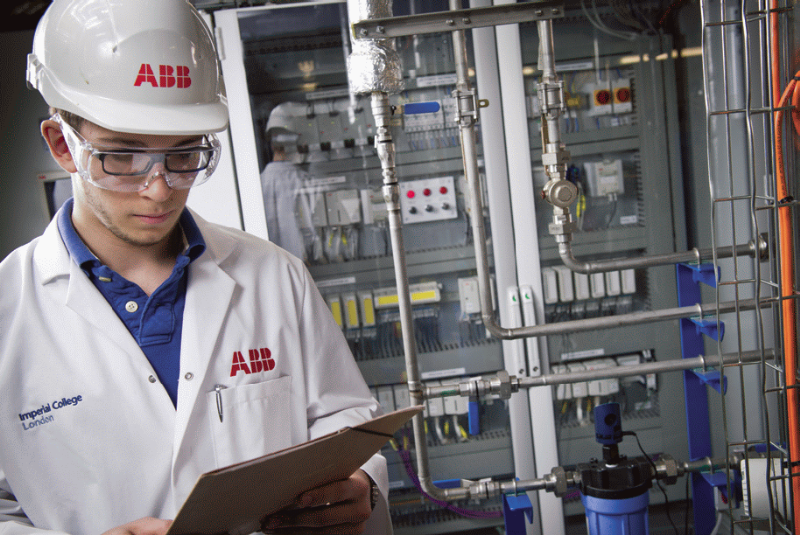 ABB has invested close to £1 million and signed a 10-year agreement with Imperial College, London to support a new carbon capture pilot plant teaching facility located at the university’s central London campus. ABB’s investment and involvement in the project signals its commitment to shaping the next generation of industrial engineers.

Using a combination of ABB’s instrumentation, drives, motors and process automation equipment, the control room provides students with hands-on experience of pilot-scale industrial plant operations and is one of the only facilities of its kind in an academic institution in the world. The pilot plant will be used in undergraduate teaching with the aim of equipping students with the practical skills needed for a career in industry.

The agreement between ABB and Imperial gives the university access to some of the most advanced control and instrumentation technology available, as well as lifecycle services and support for the installation.

In return, ABB has access to the carbon capture pilot plant for its own use and will use the facility for customer demonstrations and training, staff learning such as inter-divisional training, hands on experience for its apprentices and product testing and software evaluation.

“The pilot plant is a global showcase for the latest and best process control and instrumentation technology in use at one of the world’s leading engineering institutions,” says Martin Grady, general manager, Oil, Gas and Petrochemical – UK, ABB. “We will be able to trial new technology in a low risk, well-managed environment to gather Beta site test data. It also gives ABB a great platform to train its staff and customers on a real pilot plant. Quite simply, there are very few industrial companies that have utilised all the leading-edge technology that Imperial College is featuring within this pilot plant.”

To further support its involvement with Imperial, ABB is providing four summer placements of eight to ten weeks per annum in its UK operations. In addition a summer placement in Brisbane, Australia will be awarded to a student on the university’s exchange programme, after spending their third undergraduate year in Australia. One final year student will be selected from previous summer students to have their final year tuition fees paid by ABB.

ABB’s involvement in the project is aimed at raising the awareness among chemical engineering graduates of the benefits of a career in control and instrumentation engineering. The investment is seen as a shop window for presenting the opportunities available throughout the ABB organisation, particularly at one of its main execution centres for oil, gas and petrochemical automation in St Neots, Cambridgeshire and its measurement products activities in Stonehouse and Workington. 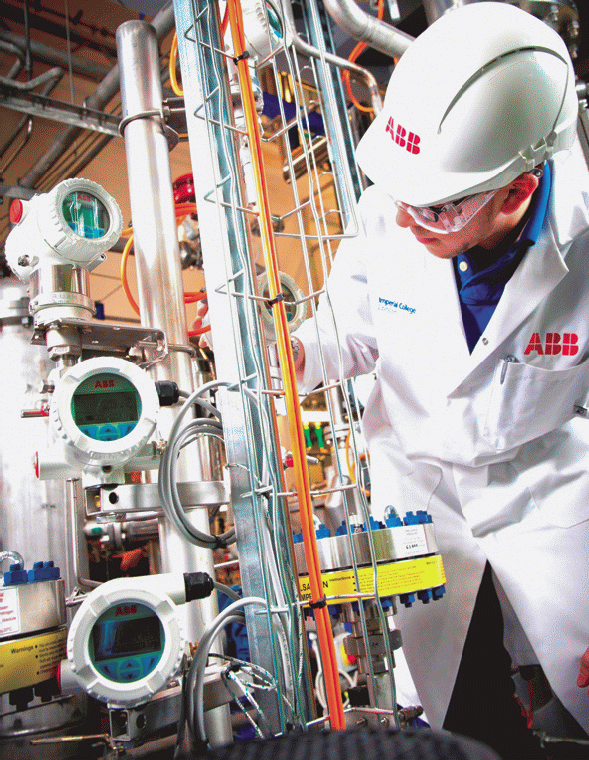 “By investing in the pilot plant and the awards, we are effectively investing in our own future, by making sure that ABB will have ready access to a stream of bright young engineers,” says Grady. “One of our biggest problems is finding enough suitably qualified engineers to fill the ever growing range of opportunities we can offer. Obviously if engineering in the UK flourishes, then we flourish too.

“The move by ABB is partly in response to government initiatives aimed at rebuilding the manufacturing base of the UK and re-establishing the important contribution that engineering makes to people’s everyday lives. The UK needs to increase its base of skilled engineers if it is to grow its manufacturing sector towards its potential. We believe that the pilot plant will support education by giving tomorrow’s engineers hands-on exposure to real-life technology. This pilot plant really brings the real world into the classroom for the first time.

In recognition of ABB’s support for the new carbon capture pilot plant, Imperial has named the hi-tech centre-piece of the installation the ABB Control Room. The ABB Control Room houses the extended operator workplace (EOW) and the distributed control system, System 800xA, from where operators can control and supervise the plant.

With many international students also studying at the College, the facility will help to position the UK as the global centre of excellence and expertise for engineering education. For ABB, there is the added attraction of building awareness of its technologies and capabilities across a global audience.

“The increasingly global nature of the projects we are working on, particularly in the oil, gas and petrochemical sectors, means that engineers from the UK and elsewhere are being called on to work in many different regions worldwide,” concludes Grady. “Our aim is to use the plant to create a lasting association between the real-life problems that students will encounter once they qualify and the technology and capabilities available from ABB that can help solve them.”

“The pilot plant contributes to making Imperial the leading international centre for practical, hands-on chemical engineering education and training,” says Dr Daryl Williams, director of the Pilot Plant Project at Imperial. “We were looking for a global control and instrumentation partner to work with us on the carbon capture pilot plant. The opportunity for both parties was immense. It provided a once in a lifetime opportunity to influence the training and education of thousands of young chemical engineers over the next 20 years at one of the world’s premier chemical engineering departments.”