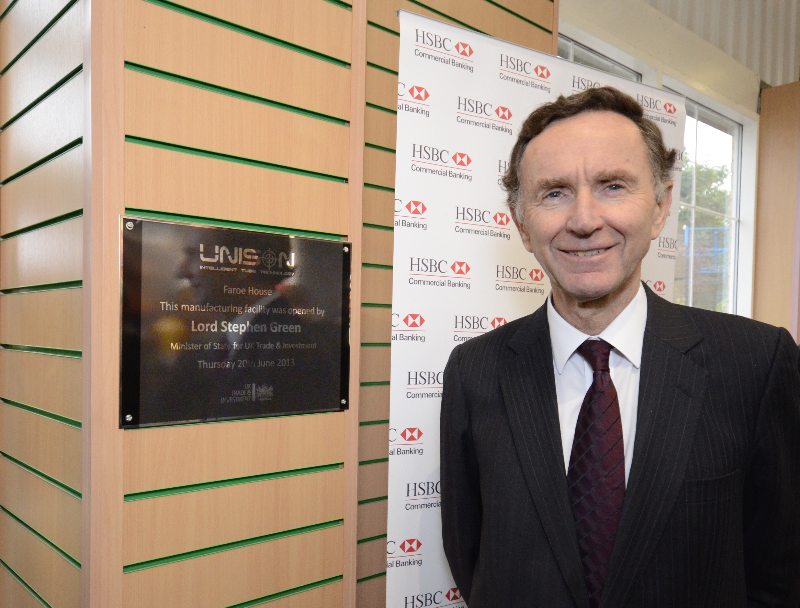 Lord Green, minister of state for trade and investment, has opened the new design and manufacturing facility of one of the UK’s most successful machinery builders, Unison.

Based in Scarborough, Unison makes machines for bending metal tubes and pipes, exporting over half of its output – mainly to the US. The new facility will allow Unison to more than double its production capacity, which will help the company to enter new international markets that it is targeting in the high growth ‘BRIC’ countries.

Applauding Unison’s export success, Lord Green emphasised the critical need for the UK to increase its manufacturing output, and to increase its export ratio. In his role as minister of state for trade and investment he has visited over 50 countries and he noted how receptive world markets are to British goods and services, and the high regard in which many countries hold British values, quality and technology.

This effect has been greatly reinforced by the success of the London Olympic games and he urged British companies to capitalise on the major opportunities that exist.

“Unison makes specialist equipment that goes around the world. It’s a perfect example of the kind of manufacturing that this country excels at and that we need to do more of,” said Lord Green.

“We aim to make our new Scarborough facility the world centre for advancing tube bending technology,” added Alan Pickering, managing director of Unison. “One of the first machines we are manufacturing in the new factory will be the largest ‘all electric’ tube bender ever made – with the ability to bend pipes up to eight inches in diameter. This technology is opening up new markets for Unison – in this case it’s destined for the shipyards in Virginia that build the US Navy’s aircraft carriers and submarines.”

During his visit to Unison, Lord Green commented, “We’ve lived with a trade deficit for about the last 40 or 50 years, and we have to turn that around. The evidence is compelling that companies that get into export markets gain significantly – they grow faster and are more profitable, they last longer and create more jobs. So if we care about the future of this country we need to be more engaged with manufacturing excellence, service excellence, and to be more export oriented.

“We have to focus more attention on the fast growing parts of the world. Half of our exports go across the Channel, and that’s good except that the highest growth markets are in Asia, Africa and Latin America. I’ve visited more than 40 emerging markets in the last couple of years and everywhere you go you hear that Great Britain has never stood in higher regard than it does now. We’re welcomed because in their minds Great Britain stands for high technology, high quality, integrity of doing business, creativity, imagination and entrepreneurialism.”

“Sometimes we don’t think of ourselves as natural entrepreneurs, but the rest of the world does, and after the Olympics all the more so. Everywhere I go people say how incredible the Olympics was. All too often the next remark is ‘but we don’t see enough of you’. On average fewer British companies export compared with our European friends. So we have a challenge in encouraging and helping more British enterprises to take the world on, but we must achieve this if we are to leave behind the difficult times of the last four or five years.” 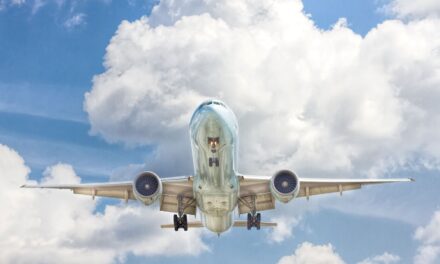 Developing the UK PEMD supply chain for the aerospace sector