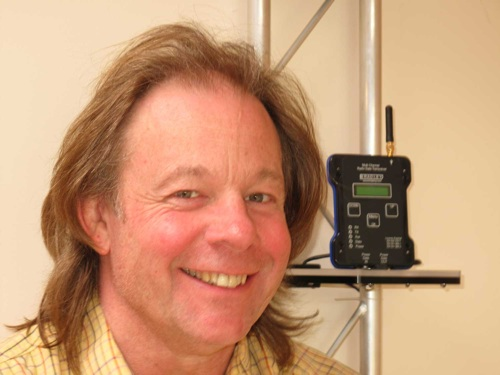 The finding of the latest Manufacturing Advisory Service (MAS) Barometer survey has shown that a quarter of manufacturers in London and the South East are now considering or planning to bring back production from overseas to the UK within the next year.

The MAS Quarterly Barometer Survey features the views of more than 500 small to medium sized manufacturers across England and regularly provides an overview of economic conditions and issues faced by the sector. This quarter’s Barometer reported that of the 15% of London and South East manufacturers that re-shored in the past twelve months, three quarters have already reported an increase in sales turnover.

The reasons given for this turnaround and the move away from offshoring include concerns over the cost of production, along with improving quality and reducing lead times.

Buckinghamshire-based Rotigrill produce rotisserie barbecues and managing director Colin George recently received help from MAS to develop a new product within the UK with only ten percent of components coming from China. Colin explained, “As a small, family owned business I am unable to buy in bulk from China and the cost of travel, shipment and rectifying quality issues means that I can achieve better manufacturing and quality control within the UK. With support from the MAS I have developed and costed a new product using a local supplier. I plan to launch in Spring 2014 and our business forecasts show that turnover will increase by up to 400% over the next three to five years and we hope to create two full time jobs at our manufacturer and two in-house during that period.”

David Bradley Engineering, based in Brockenhurst, Hampshire, is a specialist facility offering engineering and remote control solutions that are generally unavailable elsewhere. David Bradley, managing director (pictured) commented, “I am not surprised at this sea change of opinion. I know labour costs can be higher in the UK but there are many drawbacks to offshoring. We pride ourselves on manufacturing in the UK, so have never moved production abroad.”

Stephen Barr, head of MAS added, “There is a notable change in approach from five years ago when the Far East and Eastern Europe seemed to be the destination of choice. We have a quarter of our regional manufacturers seriously considering re-shoring in the next year and this contrasts to only seven percent who moved production offshore the last year. MAS provides support in developing, validating and bringing new ideas to market and we encourage creative thinking around business opportunities.”

Overall the Barometer Survey makes good reading for the industry. Fifty-three percent of London and South East SMEs have reported growth in turnover in the past six months which is an increase of four percent on the last survey. What’s more, optimism is high in the region with 66% predicting growth in the next six months and 39% plan to take on more staff. Forty percent also plan to increase investment in new technologies over the next 12 months which shows they have an eye on the longer term picture.

Barr continued, “It is important to note that there has been a slight reduction in the number of companies looking to recruit which could reflect the fact many firms chose to retain skills during the recession and still feel they have enough capacity to cope with their anticipated expansion.”

The publication of the latest MAS Barometer marks the start of the first ever Manufacturing Matters week, which is looking to showcase England’s manufacturing SMEs – a sector that currently accounts for more than 110,000 businesses and 1.1 million jobs. In addition to this report, there will be over 50 events held across the country with a specialist focus on access to finance, innovation, international trade and offshore wind.

MAS, which is funded by the Department for Business, Innovation and Skills (BIS), works for manufacturers and through experienced advisors can help shape strategy, create new products, reduce waste and review supply chains.

Reining in on industrial automation: The benefits of cloud computing in the manufacturing industry

Reducing business risk through joined up control and monitoring