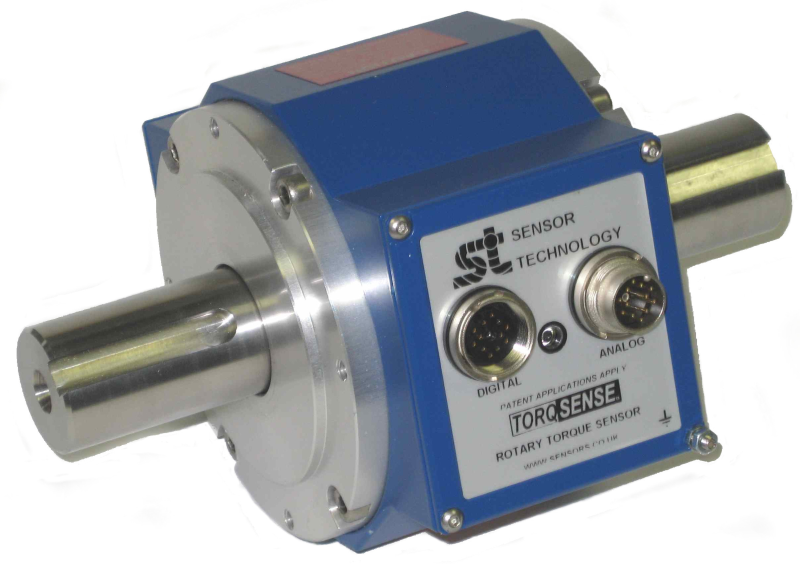 If precise mixing is a crucial process variable, viscosity measurement may be the most accurate way to ensure optimum performance. But rotating mixers can lead to very tangled wiring, so here Mark Ingham of Sensor Technology Ltd looks at wireless options.

Mixing is fundamental to the manufacture of many products; in many cases this need not be a precision operation – although over-mixing is a waste of time and energy. However in other cases, mixing is more of an exact science; under-mixing will leave the various component materials unevenly distributed, while over-mixing may change the state of the end product.

One example of this is mixing concrete. If you are building a DIY patio, you can splash some water into a pile of ready mix and working it in with a spade, but if you are building a containment bunker for nuclear waste or the foundations of a skyscraper, quality control shifts to a different paradigm! In the latter case the wet concrete has to be fluid enough to flow into every nook and cranny of the formwork and for no pockets of dry concrete that won’t cure properly.

Another example is mixing ketchup, sauces, mayonnaise, etc. The food industry relies on the fact that consumers can be loyal to a particular brand their whole lives, but are also so fickle that the slightest variation in texture will have them up in arms.

Similarly, drugs and medicines must have the active ingredients precision mixed with the carrier material – the consequence of poor mixing could be life threatening.

And in cosmetics and toiletries, the users have incredibly high expectations. Even something as apparently mundane as paint requires that pigments are well mixed in for an even colour and that the correct consistency is attained for easy application.

There are a number of different technologies available for measuring viscosity, but one of the most popular and widely used is the rotational viscometer, which measures viscosity by monitoring the torque required to rotate a spindle at a constant speed within the fluid. The torque, generally measured by determining the reaction torque on the motor, is proportional to the viscous drag on the spindle, and thus to the viscosity of the fluid.

Significantly, the rotational viscometer can run throughout the mixing process, logging data constantly to provide a log of the change in viscosity over time. This profile can be compared with historic data from earlier mixes to give detailed information that would not be available from final target viscosity readings alone.

However torque can be difficult to measure; in fact traditional measuring technologies introduce as many problems as they solve. Because the spindle is rotating, wires attached to a torque sensor on the shaft would wind up and quickly snap. Approaches using slip rings are available but far from ideal because of costs, set-up time and the inevitable wear and tear.

A wireless technique has been developed using TorqSense rotary torque transducers from Sensor Technology. These do not need a physical connection to the rotating shaft, but instead use a radio frequency (RF) link to both send power to the sensing element on the spindle and to receive torque reading signals back from it.

TorqSense torque sensors use two tiny Surface Acoustic Wave devices or SAWs, made of ceramic piezoelectric material containing frequency resonating combs. These are glued onto the drive shaft at 90 degrees to one another. As the torque increases one comb expands and the other contracts proportionally to the torque being experienced. In effect the combs act as strain gauges but measure changes in resonant frequency.

An RF transmitter/receiver mounted close to the spindle emits radio waves towards the SAWs, and collects them when they are reflected back. The change in frequency of the reflected waves identifies the current torque.

In the rotational viscometer, the TorqSense transducer is mounted between the motor and the paddle. A double bearing eliminates any side loads, while a torque limiting coupling provides protection in the event of the paddle mechanism seizing. With the motor operating at constant speed, the transducer provides an output of torque that changes proportionally to the viscosity during mixing, thus enabling the operator to accurately measure the relative viscosity of the mix.

Where it is important to determine absolute viscosity rather than relative viscosity, the system can be pre-calibrated using specific paddles immersed in fluids with a known viscosity. Water, for example, has a viscosity of 0.001 Pascal seconds at room temperature. By calibrating the viscometer to a known sample, the absolute torque figure can then be derived in the application from the relative torque figure, and the required viscosity then accurately measured.

Using TorqSense rotary torque transducers has simplified the design of these new rotational viscometers while also increasing accuracy, providing a robust and reliable solution in challenging applications where the absolute viscosity of the mix is a critical factor.

Merlic from MVTec now available in the UK!

Agreement between Rockwell and Beckhoff about linear motor technology